A Week of Violence: How to Overcome American Intolerance

Hate is growing in America. Why we need compassion, instead of escalating violence. 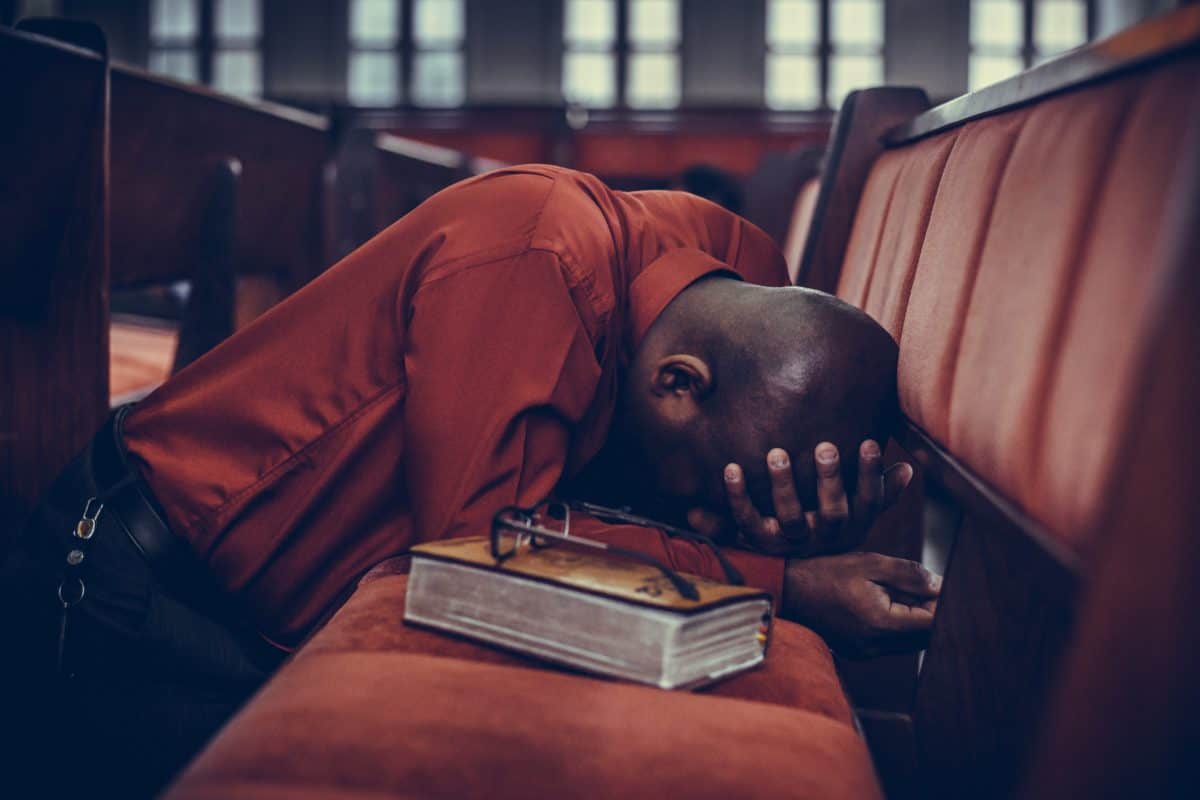 Compassion is the answer.

Hate has shown us how far it can go in America.

A man randomly executed two black people at a grocery store — not because of who they were but because of their race. Another man who looked up to white supremacists sent bombs in the mail to people who were criticized by the U.S. President. An anti-Semite walked into a synagogue and killed eleven people with an automatic rifle — he believed Jews must die.

It hurts me. People were attacking others without any reason, just because of their race, political affiliation, or religion — too much violence for only one week. We are better than this — I refuse to accept it as our new normal.

It’s easy to blame the perpetrators because they are ‘crazy.’ Or to point fingers to the other group. Those are symptoms of an intolerance epidemic — violence is ingrained in our society.

What can each of us do to avoid adding more fuel to the fire?

The Origin of Violence: Nature or Nurture?

“A great deal of chaos in the world occurs because people don’t appreciate themselves.” — Chögyam Trungpa

Is violence embedded in our DNA? Or is it something that we nurture?

The idea that violent behavior could be genetically determined has been around for a long time. Steven Pinker wrote in his book The Blank Slate, “When we look at human bodies and brains, we find more direct signs of design for aggression.” The Harvard psychologist believes that men, in particular, bear the marks of male-male competition.

Scientists are sharply divided on the matter.

The ‘warrior gene’ — a nickname for the MAOA gene — has been blamed for criminal behaviors. Though some scientists believe we are oversimplifying things — many lawyers have used this as an excuse to get their clients out of trouble. Nature has turned into an easy way out.

To understand human behavior, we cannot limit to either biological or cultural viewpoints — any analysis must encompass both. Our genes play a part, but we are not predetermined to be violent.

Buddhist psychology is based on the notion that human beings are fundamentally good. Our minds are full of positive qualities such as openness, intelligence, kindness, and more — we are born sane.

On the other hand, Western psychology seems to be concerned about the idea of some first mistake, which causes later suffering and misbehavior — someone does wrong because there’s something inherently wrong with that person.

Nature or nurture? Where you stand is more than an intellectual position — it affects our outlook on life.

John Horgan, science journalist and author of The End of War, reports that over 90 percent of students think we will never stop fighting wars. Similar studies show a negative correlation between the belief that violence was innate and peace activism.

Even among those students who have campaigned for peace, 29 percent reported they had previously been put off by a pessimistic view that humans are intrinsically violent.

Fortunately, scholars and researchers on both sides of the debate believe we can achieve more peaceful societies. Most of them agree that humans are capable of both great acts of violence and great acts of kindness.

Anthropologist Douglas Fry argues that we are designed to avoid conflict and physical confrontation. He describes the idea that we are innately predisposed to violence as a cultural belief that is “just plain wrong.”

Even if there’s some genetic predisposition, beliefs and social factors play a crucial role in kindling violence. I’m not saying perpetrators are not accountable — we are all responsible for our actions.

Social intolerance is the root of violence.

What happened last week speaks about what’s wrong with our society, not just with the perpetrators. By accepting or promoting intolerance, we are seeding violence and division. Leaders and public figures are not neutral — their words and behaviors can bring out the worst in people.

Not surprisingly, intolerance is becoming more prominent in the workplace too. I see this a lot when coaching teams — the inability to accept those who think differently cause unnecessary tensions that get organizations stuck. Or, even worse, intolerance encourages toxic behaviors.

“The adage ‘violence begets violence’ is true,” says Alisse Waterston, President of the American Anthropological Association. “A society that adopts and is adapted to violence tends to reproduce it, locating and leveraging the resources to do so,” she adds.

“Nothing comes from violence, nothing ever could. For all those born beneath an angry star, let’s not forget how fragile we are.” — Sting

Violence feeds more violence. That’s why I’m against capital punishment. Rather than trying to decrease hate, we seed more intolerance.

Like Sting’s song Fragile captures — all forms of violence are brutal and useless. Nothing comes from them. Intolerance is the root of brutality — we don’t accept others who are or think different. Some people believe they have the right to attack others solely because they belong to a different group.

People attack immigrants because they will take their jobs. However, the U.S. is experiencing one of the lowest unemployment rates ever. Either way, when it comes to jobs, AI will steal more jobs than immigrants would.

Intolerance is ignorance — we believe that the only valid perspective is ours.

That’s the paradox with intolerance — it’s not caused by others but by what they reflect on us. Intolerance toward others demonstrates a lack of self-appreciation — those who are happy don’t need to attack others.

To move from ignorance to compassion, we have to cultivate empathy — we must learn to understand and tolerate divergent perspectives. We must accept how fragile we all are.

Compassion begins with self-compassion. We cultivate tolerance by first being tolerant toward ourselves. When you can accept yourself (both the good and bad), it becomes easier to accept other people.

Genuine compassion is uncomfortable and difficult. But, if you cannot experience harmony within yourself, what you project to others is confusion. We need to realize that everyone is doing their best, just like we do.

Everyone wants to be respected and accepted as they are, just like you.

We can be a positive source of influence — let’s bring out the best, not the worst, in people.

Empathy is the conduit; compassion is an accelerator. It helps us both connect to the commonalities and respect the differences.

You don’t need to think like someone else, neither try to impose your beliefs. Social harmony is the opposite of violence — promote emotional health, address conflict, and neither encourage nor tolerate bullying.

The Antidote to Violence

“I first learned the concepts of non-violence in my marriage.” ― Mahatma Gandhi

The ‘Dark Side of Happiness’ — a term coined by Psychologists June Gruber, Iris B. Mauss, and Maya Tamir — is when an ill-constructed idea of happiness distracts us from more meaningful aspects of life. When we only care about our own gain, we stop caring about the cost of winning.

Consider this survey, for example, 80% of Millennials want to be rich, and 50% want to be famous. But is that the road to happiness?

Previous generations have had similar goals. However, the decisions they made are what brought them happiness or not. That’s what the longest longitudinal study revealed — the secret to happiness and well-being.

A group of Harvard researched tracked the lives of 724 people over 75 years — they also collected extensive data on their physical and mental health.

They saw some climbed the social ladder from the bottom to the very top, and some made that journey in the opposite direction. It wasn’t the cholesterol level that predicted how people would grow old but the strengths of their relationships.

Close relationships, more than money or fame, keep people happy throughout their lives.

Those ties protect people from life’s ups and downs, help to delay mental and physical decline, and are better predictors of long and happy lives than social class, IQ, or even genes.

The researchers found that marital satisfaction has a protective effect on people’s mental health. Also, those who kept warm relationships got to live longer and happier, and the loners often died earlier.

“He made up stories to try to impress people” — the lawyer of the package-bomb suspect told the Washington Post — “And along came the presidential campaign of Donald Trump, who welcomed all extremists, all outsiders, all outliers, and he felt that somebody was finally talking to him.”

Turning people into outcasts is not good; manipulating the emotions of those who feel excluded is how emotionally unstable people turn into violent ones.

You Can Prevent Violence

“Nonviolence is a weapon of the strong.” ―Mahatma Gandhi

You can’t change the world, but you can positively impact those around you. If everyone follows suit, then we can transform the larger society. One person at a time.

Who is not getting requested by anyone else?

Who can’t think of anyone to request?

Who had a million friends last week and none this week?

The teacher is not looking for a new seating chart — she is seeking for lonely children. She wants to know who’s struggling to connect with others, or who are falling through the cracks of social life. She pins down — right away — who are being bullied and who are doing the bullying.

Strong relationships are the antidote to violence.

Open your mind. Learn to be more accepting of others. Pay attention. A good conversation helps release the steam before it’s too late. Be patient. Observe tensions, just like the elementary school teacher does. Listen. Try to understand other perspectives instead of playing the blame game.

Avoid adding more fuel to the fire. Attacking people who are intolerant is paying them with the same coin. We fuel their anger.

What if we answer with compassion instead?

Intolerance is ignorance; violence is acting out of ignorance. Compassion provides light and wisdom — it’s a contagious mindset. Let’s all offer compassion to ourselves and others. Let’s all accept compassion.

The best way to overcome intolerance is by building strong relationships — make yours memorable. Be compassionate and patient. Remember, people are doing the best they can, just like you.