How to create a culture where anyone can belong anywhere. 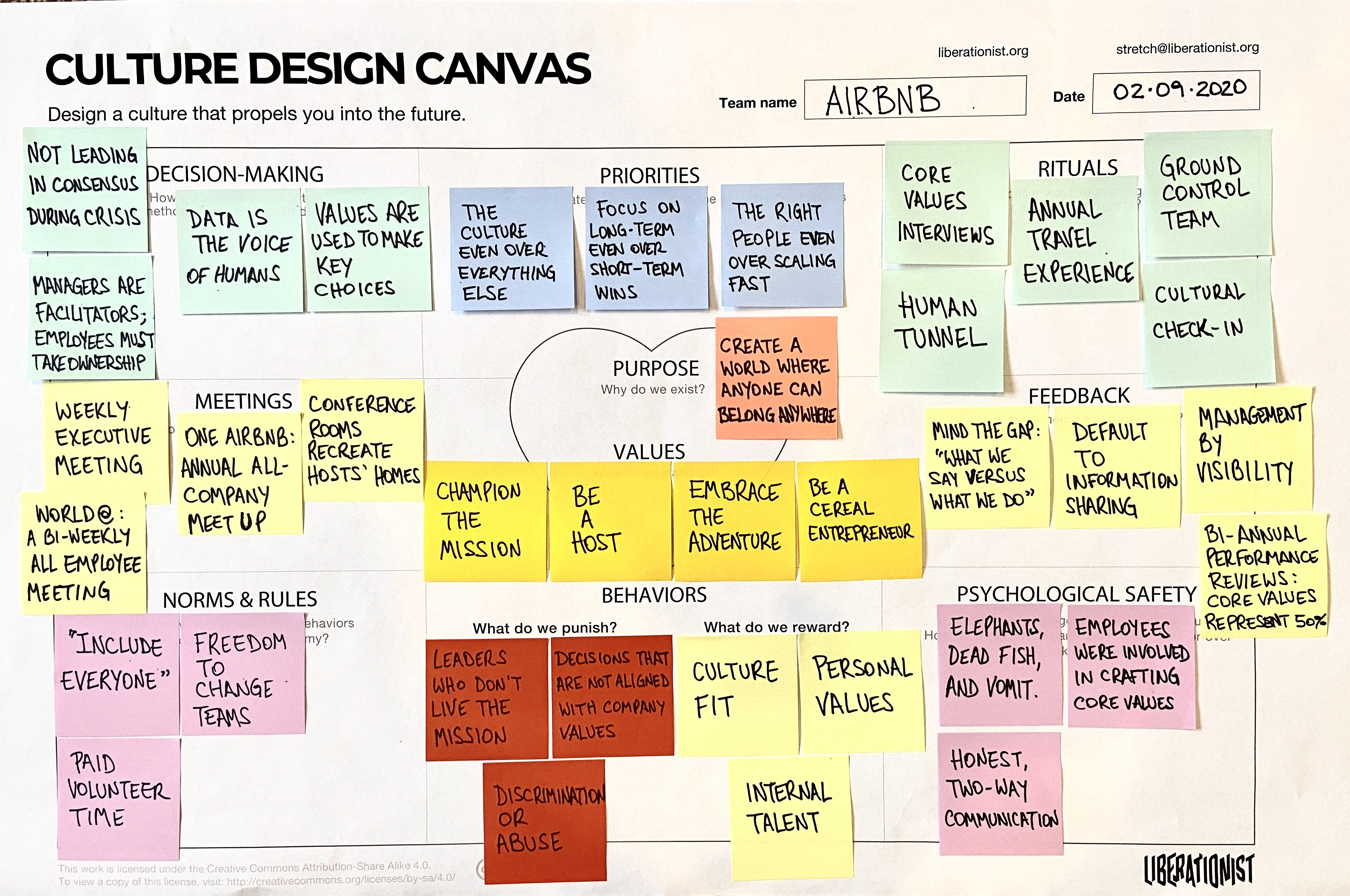 How to create a culture where anyone can belong anywhere

Everyone acknowledges that Airbnb has disrupted the hospitality industry. However, what makes this company so unique is its obsession with culture. Speak to any Airbnb employee about what makes the company special, and they’ll answer “the culture.”

It all started back in 2012 by the advice Peter Thiel gave the founders after investing $150M in Airbnb.

“Don’t fuck up the culture.”

Co-Founder and CEO Brian Chesky was caught by surprise by those words.

Thiel explained that one of the key reasons he invested in Airbnb was the culture. However, he was cynical that, once a company gets to a certain size, they usually “fuck it up.”

Chesky realized that he had to turn culture into a key priority. The more they discussed the matter, the more it became clear that it was possible to defend, and actually build the culture.

A few months later, Chesky sent the Don’t Fuck Up the Culture letter to the entire Airbnb staff. He knew very few CEOs were focused on culture above all else.

Brian Chesky realized that workplace culture is the only sustainable competitive advantage. As he explains in the now-famous letter:

Becoming a culture-first organization has helped Airbnb achieve many successes. It surpassed a $35 billion valuation and hit over $1 billion in revenue for the second quarter of 2019. People have checked into Airbnbs nearly 300 million times.

In 2016, the company was named Glassdoor’s #1 Best Place to Work. The company 200 receives CVs per open position and has an average employee tenure that’s higher than Facebook’s.

Note: The sources are listed at the end of the article.

“Somebody asked me ‘what’s the job of a CEO?’ What you mostly do is articulate the vision, develop the strategy, and you gotta hire people to fit the culture. If you do those three things, you basically have a company.”

A few years ago, Airbnb’s founders had an epiphany: they realized they stood for something more than just the home. Thus, they evolved the company’s purpose to reflect on why it exists: to create a sense of belonging.

“Create a world where anyone can belong anywhere.”

Airbnb exists to create a world where anyone can belong anywhere, providing healthy travel that is local, authentic, diverse, inclusive, and sustainable.

The company believes that everyone should be able to take the perfect trip, including where they stay, what they do, and who they meet.

“Integrity, honesty — those aren’t core values. Those are values that everyone should have. But there have to be like three, five, six things that are unique to you.”

Airbnb used to have six core values, but employees complained that there were way too many — most people couldn’t remember more than four or five.

After analyzing what inflated or deflated the company culture, Airbnb reduced its core values to four.

We’re united with our community to create a world where anyone can belong anywhere.

We’re caring, open, and encouraging to everyone we work with.

We’re driven by curiosity, optimism, and the belief that every person can grow.

4. Be a Cereal Entrepreneur

We’re determined and creative in transforming our bold ambitions into reality.

Airbnb encourages employees to reinvent travel as it should be, not to simply make an incremental improvement on what it already is.

Note: the word “cereal” is a reference to the three co-founders’ eBay sale of election-themed cereal boxes to raise cash for their start-up.

The culture even over everything else.

Relentlessly focusing on the long-term even over short-term wins.

Airbnb’s leadership prioritizes difficult choices that favor the long-term. They call them Plan B Decisions — ones that mean taking lower valuations than were offered and slower growth than is actually possible, among others. Plan-B Decisions’ are ones you take because Plan-A is unacceptable.

The right people even over scaling fast.

The principle of prioritizing the right people over the temptation of scale and speed is one of the reasons that Chesky often attributes to Airbnb’s success.

Personal values: From the very first hire, the Co-Founders have put equal weight on a candidate’s expertise and values.

Leaders who do not live the Mission and Values: there is no tolerance for continued failure to act according to the Core Values. It’s a fire-able offense, no-matter skills or seniority.

Discrimination or abuse: Over a million potential customers have been rejected because they wouldn’t commit to accepting everyone, regardless of their race, religion, nationality, ethnicity, skin color, disability, sex, gender identity, sexual orientation or age.

Big decisions that are not aligned with values: At some point, the founders realized that the pursuit of various growth opportunities was jeopardizing the long-term purpose.

Core Values Interview: After going through a set of interviews related to their role, every candidate must go through two additional core values interviews.

These interviews are conducted by people selected by the founders, who are outside of the function for which the candidates are interviewing. Their role is to filter those who are not culture fit.

Cultural Check-In: New hires go through a week-long check-in process that focuses on Airbnb’s values and business strategies. It also introduces them to each function and Airbnb’s ways of working.

Different types of lunches and meetings are scheduled to foster strong relationships  –  belonging is crucial for collaboration.

Be a host and a guest: Airbnb founders started the company as hosts, not as guests, so they want employees to go through that same experience. While not everyone will necessarily become a host, they must at least go through the experience of being a guest.

The company provides an annual travel and experiences credit (a $2,000 coupon) to encourage employees to travel the Airbnb way.

Ground Control: A group that’s part of the employee experience that brings culture to life. This team looks after the workplace environment, internal communications, employee recognition, celebration, and events.

Human Tunnel: This ritual happens at every World@’s meeting. After the Founders and teams share news and issues, everyone forms a human tunnel through which new employees run and jump onto a bean bag. This ritual represents a rite of passage for newcomers to make them feel that they Belong Here.

Default to information sharing. The more information engineers have, the more autonomously they can work. Everything is shared unless there’s an explicit reason not to. That includes access to the analytics data warehouse, weekly project updates, and more.

Management by visibility. Brian Chesky has a hands-on, open management style. He is known to send weekly emails to all employees with whatever’s on his mind. This leads to open dialogue across all levels of the organization.

Notes from executive meetings are shared with everyone within 24 hours:

“We distribute that very broadly, and people really appreciate knowing what we’re talking about and ask questions, share thoughts and ideas,” Levy says.”That stems from our communication philosophy that we want to have an honest, open, and two-way dialogue between everyone in the company.”

Elephants, dead fish, and vomit: One of the founders, Joe Gebbia, threw out this idea that the company has adopted to open up candid conversations.

Elephants are the big things inside of most organizations that no one dares to bring up, dead fishes are the things that happened a few years ago that people can’t get over, and vomit is when people just need to get something off their chest  – you just need to sit there and listen.

This exercise is practiced during every one of Airbnb’s regular company-wide meetings.

“Our rule of thumb is that nobody should hear about anything externally until we’ve told them internally.” — Mark Levy, Global Head of Employee Experience.

Employees were involved in defining values: In order to redefine its core values, employees participated in an exercise in which they had to draw a party balloon — the air in it was the culture. Employees had to draw what was inflating (or deflating) the culture balloon.

Not leading in consensus during the crisis. In 2011 a female host’s apartment was destroyed, and the renter stole her identity. While Brian Chesky initially responded to the incident, he failed to address the issue.

After some internal discrepancies, the CEO decided to accept full responsibility for the incident and announced the implementation of a USD 50,000 guarantee for hosts. Reflecting on this incident, Chesky concluded that finding a consensus is not the best strategy in times of crisis. He now believes that Airbnb needs to be guided by principles, rather than consensus.

Data-informed decision-making: Airbnb believes that it is common for data scientists to “toss the results of an analysis ‘over the wall’” and then move on to the next problem even if decision-makers do not understand data.

Data is the voice of customers. Airbnb’s data scientists are continually reminded that they’re not dealing with numbers, but with people’s preferences. When analyzing data, they’re listening to the voice of Airbnb’s customers.

Autonomy around individuals and teams: Managers are facilitators; they exist to get obstacles out of the way. Employees must take ownership and learn to navigate what some describe as “disorganized chaos.”

World@: a bi-weekly meeting where the Founders and teams share news and issues. Everyone joins on a live satellite feed. This meeting helps frame new product launches, works-in-progress, team updates, and more.

Weekly executive meeting: The executive team meets weekly, and within 24 hours of that meeting, the notes get out to every person in the company.

One Airbnb: An all-company meetup that takes place in San Francisco for a few days. It helps break-down the walls and integrates the global employee community.

Typically, One Airbnb involves addressing the company’s future, people and talent development, learning about each other, and fostering collaboration.

Conference rooms re-create host’s homes: Every meeting room is an exact re-creation of a real-life host’s house somewhere in the world. This is so important to Airbnb that the company has its own in-house architectural team.

Self-Selection: Engineers have the freedom to change teams and choose projects that better align with their interests and skills. Managers can facilitate this process, but it’s up to the individual to find the group that best suits its talents.

Paid volunteering time: Airbnb employees receive four hours of paid time off every month to volunteer in their local communities. Host communities are regularly invited to volunteer alongside employees, too.

Include everyone: A world where anyone can belong anywhere starts with a workplace where everyone feels welcome. Airbnb welcomes candidates with backgrounds that are traditionally underrepresented in tech, offering opportunities to create a community in their offices around the world.

One last thought from Brian Chesky:

“I think that’s what the first thing is, to build a team that is so talented that they kind of, slightly make you uncomfortable to be with them, because you know you are going to have to raise your game to be with them.”

A Purpose that Costs Nothing Is Not Worth Having

A peek behind the curtain at Airbnb

How Airbnb is building its culture through belonging

Don’t Fuck Up the Culture

How to Live Your Purpose 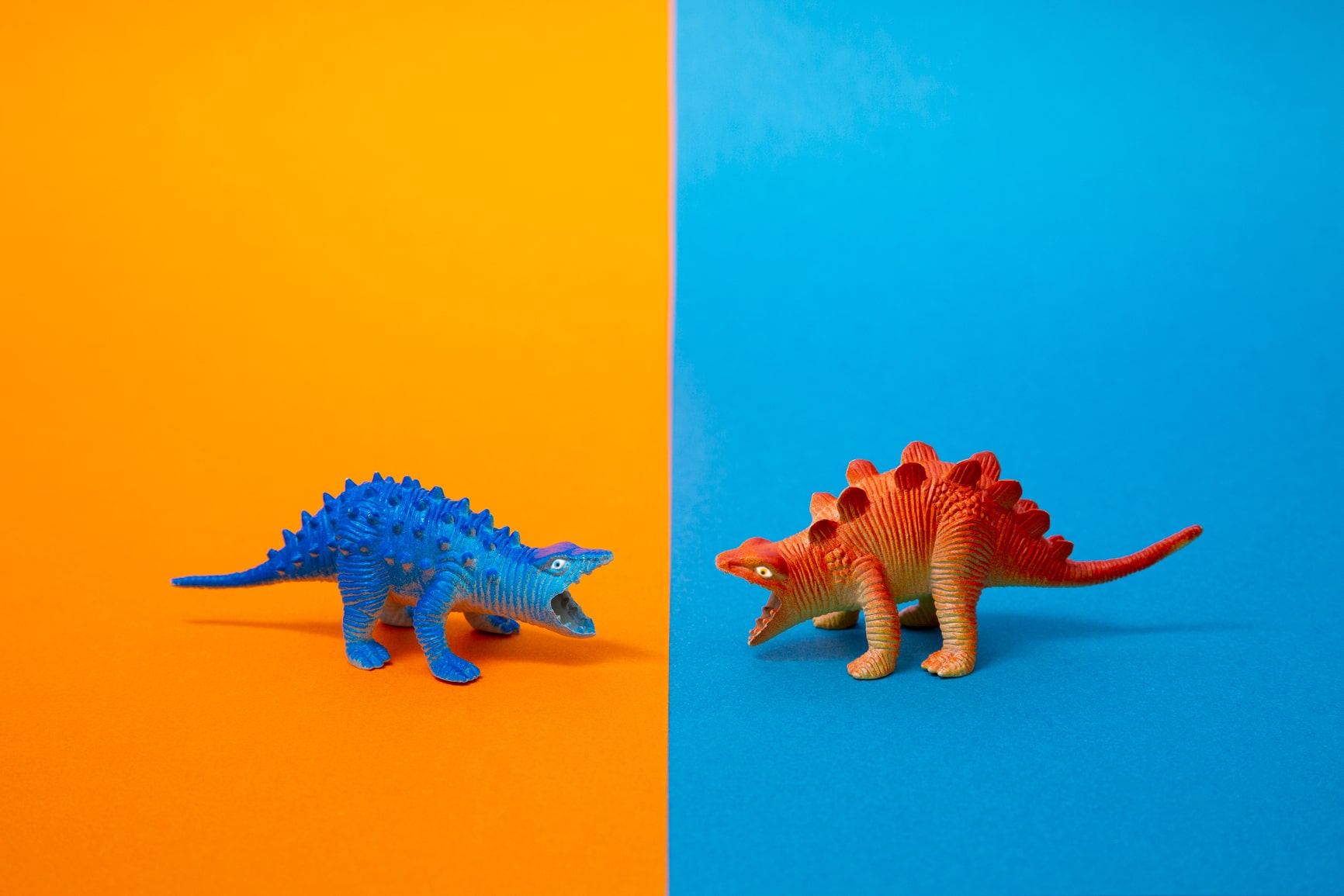 How to Improve Collaboration When People Don't Want to Work Together 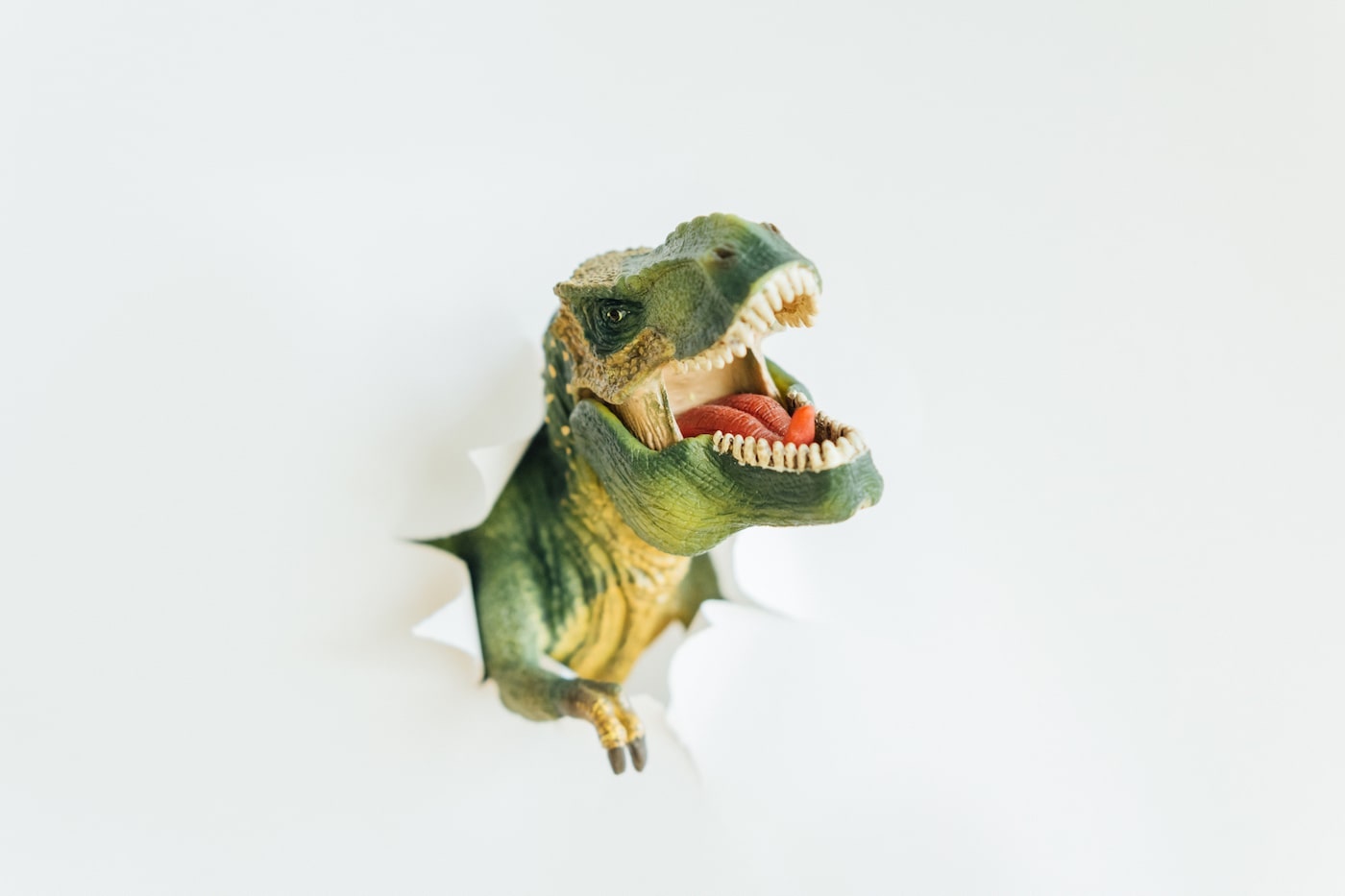 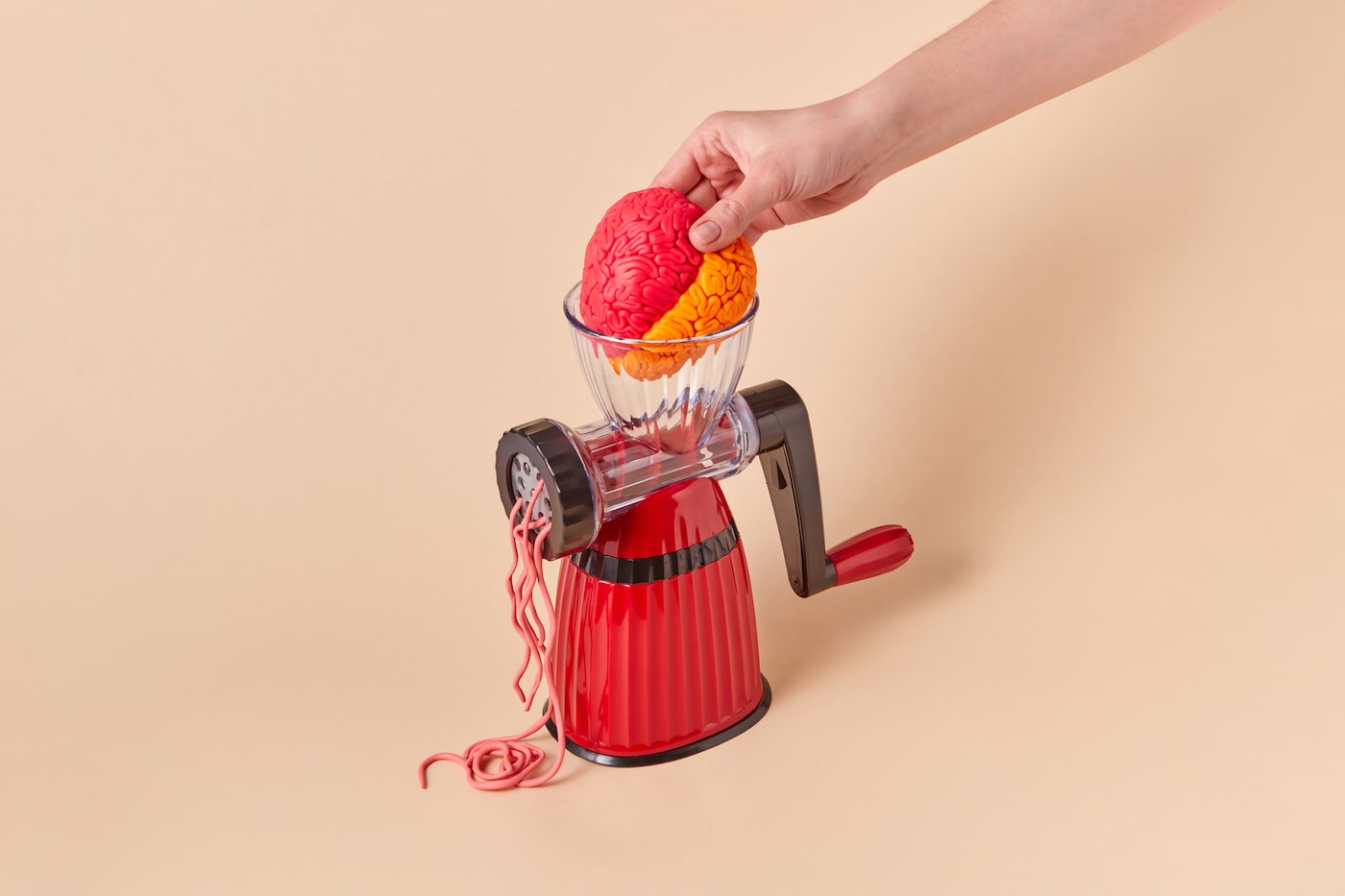 The Reason Your Team Needs a Break from Working from Home