Becoming Invisible: Homeless For a Day

Innovation is an act of empathy. We must see what's invisible to others. 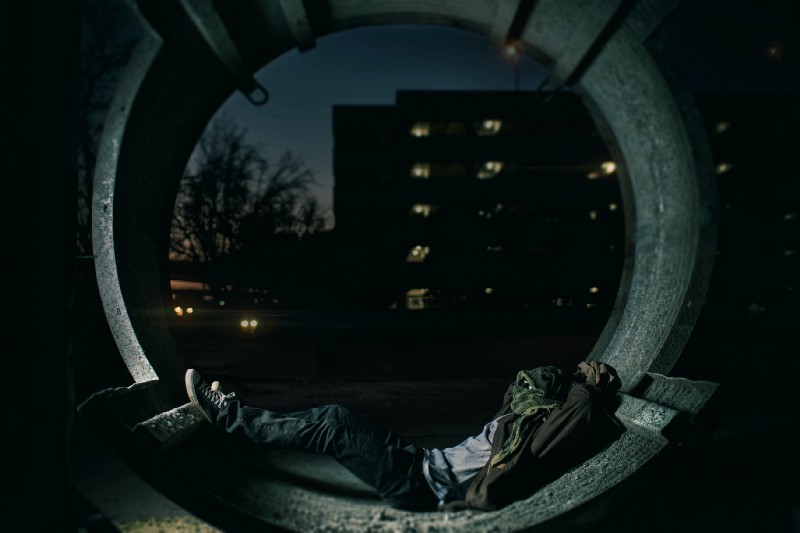 I’m working on a project to solve the food-divide in the US. Some people purchase portions they’ll never get to finish, while others struggle to get any food at all. My research fell short though. Talking to different food players and doing empathy research wasn’t enough. Then an idea came to mind. What if instead of simply talking to people in need, I experienced how they lived? What if instead of trying to be empathetic, I really put myself in their shoes?

The more I discussed the idea with family, colleagues, and myself, the crazier it seemed. Why go to that extreme if there are easier and less risky ways to learn? Deep in my heart, I knew that my most insightful perspectives have always come after experiencing challenging situations. The more scared and uncomfortable I felt, the more I realized it was the way to go.

Not Another Social Experiment

Innovation is an act of empathy – an essential skill for leaders and change agents alike.

I’ve come across many great experiments on people’s reaction and indifference towards homeless individuals. I wanted my experiment to be more personal. I wanted to see how I reacted and what I could learn by putting myself in the shoes of a homeless person for a day.

At first, I thought the real challenges would be not having a place to stay or food to eat.

However, I realized that the social isolation took a bigger toll on me.

When Do We Become Invisible to Others?

Once I made up my mind, I started strategizing my approach. I let my beard grow for a week and chose the oldest clothes in my wardrobe before starting my journey. I wanted to look the part.

It only took me a few minutes to realize that appearance wasn’t as important as I though it would be. If you observe carefully, you’ll notice that not all homeless individuals have long beards or worn clothes. In my case, a minor detail like carrying a large black garbage bag gave me more credibility. Not having a smartphone to look at, like many of us do, was just as effective. But what can really define a homeless person is the social isolation.

It was emotionally draining to get into character. I came up with a backstory for my situation: a lost relationship, a lost job, a lost apartment that forced me to live on the streets. At first it was easy. Then I started feeling that overall sense of loss as if it were real. I felt the divide between “them” — the socially accepted — and “us” — the outcasts. I felt neglected and ignored by my peers and accepted by the homeless community, who sat at my side and talked to me as if we were longtime companions. It’s interesting how a couple of visual cues can turn the familiar into something strange. It was exactly what happened to these actors in NY, who weren’t even recognized by their own families.

It’s Worse to Be Ignored than to Be Rejected

Rejection is something we all fear when doing business. When an idea or a project doesn’t get approved, it usually means having to go back to square one. It’s normally associated with failure. I wanted to experience how capable I was of accepting rejection, how far I could push myself when exploring new ventures.

I stopped eating the day prior to being on the streets. I wanted to feel hungry, really hungry, and uncertain about when or what I was going to eat. I had to beg for money and in order to do that I had to get people’s attention.

I began by doing nothing at first. Then, I simply held an empty cup and gazed at people. Afterwards, I asked for change. Later on, I held up a sign and asked more mindfully. I paid attention to how I addressed each individual and the way I made eye contact. I discovered that people avoided me no matter what I did. They all tried to act casually indifferent, but their body language wasn’t casual at all. Some focused on the person that was talking to them, many changed streets as if there was a big obstacle in their way, others changed direction, many more stared at windows or their cellphones.

Very few people said “NO,” though some said it politely. The more mindful I was, the harder it was for people to avoid me.

Being rejected is hard, but being ignored can be devastating when it’s the difference between eating and not eating, when you’re depending on your ability to connect with people.

A paradox I found is that people are more open to helping others that look like them than those who don’t, even though the latter are in real need. Check this video of how a homeless individual’s fortune changes after he starts wearing a suit.

Testing Your Limits Tests Your Ability to Adapt

Pushing myself into an emotional and uncertain situation proved to be more challenging than the idea of losing my job or my house.

We feel comfortable on a daily basis because we have mastered an expertise that has made us successful. In this experiment, my own expertise was completely useless. I felt lost at first. Then, I slowly started to experiment. Trying new rules, new behaviors, new tactics. I put myself in someone else’s shoes until those shoes became my own.

It also changed my perspective regarding the city. No matter how dark or desolate, the night felt less threatening. I felt less fear.

I succeeded in a new way. I got a large loaf of stale bread from one of the many restaurants I approached. I ended my experience with more money than I needed and was able to buy a slice of pizza. Both the bread and the pizza tasted great. I became invisible for one day, but my ability to value things was more visible than ever.