Which roles should leaders play in self-organized companies? 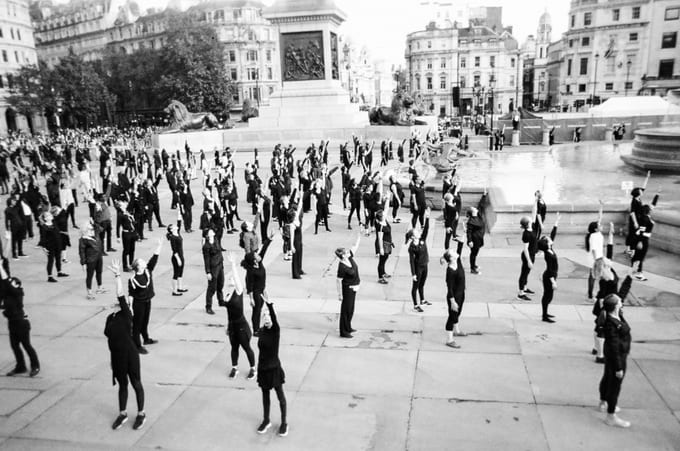 Redefining the role of leaders in self-organized companies.

When Sam Spurlin first asked me to write an article about my experience working introducing a self-organization initiative, I was a little bit hesitant. What was something new I could add to the conversation? Stories about self-organizing companies raving or fuming about their experience trying something new are all over the internet. To that end, Sam proposed I take an interesting angle, “What if you approach it from a leadership perspective? What’s it like to be a leader of an organization trying to adopt self-organization?”

That seemed much more intriguing to me. And, hey, who can say no to Sam?

Build It And They Will Come?

When we kicked-off our self-organization initiative at LAPIZ–a division of Leo Burnett–, 9 months ago, the initial reaction from employees was that we were on a quest to eliminate managers or hierarchies. Actually, what got me into launching this experiment was the desire to make our organization smarter.

Like many others, I share the frustration of the way companies used to “work” and I wanted to do something to change the status quo. In order to improve the whole system, I knew it was important not to approach the problem from only one perspective but to take a more holistic approach. Instead of railing against hierarchy (as they seem to be natural and inevitable), I wanted to think about redesigning how people and roles operate and interact.

What we needed was a new organizational operating system. We needed to shift decision-making away from a controlling/anticipation approach and toward one that promotes decentralization/adaptivity.

I embrace the similar mindset that Japanese landscapers use to design walkways in their parks. Rather than someone deciding which is the right path, they let people walk freely across the park. After some time, by looking at where the grass is worn away, they realized where people walked, and they just pave those paths.

For us, self-organization has been about people creating their own paths.

The Way of the Self-Organized Leader

The role of leaders is overrated. Self-org is not about eliminating leaders, but rethinking their role in a more balanced way.

While the most senior leader is still responsible for driving the direction of the organization, he or she doesn’t “own” the vision. In a self-organizing environment, the vision is more collaborative — something owned by people rather than dictated by senior management. By inviting people to add their personal touch, it becomes more human (and useful) and less of a poster-on-the-wall that no one ever reads.

Encourage people to use the vision as a reference for each group to validate and test their decisions. When our People Growth team is creating our fitness challenge event or the summer party, they don’t need to ask for approval. Instead, I’ve encouraged them to answer a simple question that helps them make the right choices — will this new program reinforce our values and purpose, or will it move us backward?

Self-organization creates a nice paradox — anyone can make decisions and take action, but not everyone will naturally step up to it.

Like freedom, decision-making comes with accountability. People need to live with the tensions that their decisions create. The benefits of self-organization fail to materialize if people start prioritizing, not hurting individual feelings over what’s best for the organization.

That’s where great coaching is critical. People need to learn to trust that there is a process that protects and takes care of them when they are experiencing tensions at work. An essential role for leaders is to help create a space where people feel comfortable discussing tensions objectively and can prioritize the right decisions over the most comfortable ones.

Building on the above, how do you avoid group thinking that “lowers the bar?” In a creative industry, being too much in the weeds or falling in love with the ideas you develop can cloud your judgment.

The journey towards self-organization is similar to the one towards adulthood. Kids are utterly dependent on their parents for most of their basic needs. As they turn up into teenagers, they want to cut loose from their parents and do everything on their own, operating on the belief that they are self-sufficient (independent). It’s after some time that they mature and realize that adults are interdependent. They can operate on their own, but they also need other’s skills and help.

In our organization, we are going through a “teenager stage” where people are celebrating “we can do things on our own (terms).” Over time we are noticing an evolution towards a more balanced approach as we become more willing to involve “outsiders” into our creative process. Self-organization at work requires people to act like fully-formed adults.

Self-organization is based on the notion of distributing work across teams (aka “circles”) that are responsible for making things happen in a specific area or topic. One thing I’ve always noticed is that people tend to spend more time with the people they like (either because they work on the same projects, belong to the same team, or share specific passions). As a result, circles can rapidly turn into islands that never communicate (arguably a bigger problem than the one you were trying to solve in the first place).

Leaders need to be mindful of this to promote fluid communication across circles. It also helps to encourage leaders from different circles to meet now and then to discuss their projects and to collaborate better. At LAPIZ, during our monthly all-agency-update, each circle updates the rest on projects and initiatives to promote participation. Circles, as part of a bigger whole, need to be aware of their impact on other circles, and this is where a leader can have a vital impact.

In the past, leaders “owned” decision making. Small problems had a tendency to become larger and rife with politics as they were pushed up the corporate ladder. Self-organization is not about eliminating leaders from decision making but to rethink the role of leaders in decision making. People who are closest to a problem have the biggest passion and understanding to get it solved.

As a leader, you have to be clear on where you can add value either by offering a fresh perspective or a specific knowledge in a particular matter. By being mindful of it, you can refocus your energy without disempowering your teams (and also freeing-up your busy schedule). Unfortunately, some decisions are impossible to delegate due to corporate policies outside your control (we are part of a larger organization that did not participate in our self-organization experiment). But that’s part of your new role — being the interface that ensures that self-organization and the traditional operating system talk to each other.

Change Is Not A Walk In The Park

Worry less about who makes the decision and focus more on having the right perspectives in the room when a decision is made.

As a leader, you are going to be tested more than anyone. People will question your commitment to play within the new rules, even if you were the one who championed the idea of trying self-organization in the first place. Be resilient.

You need to be ready to accept that things might slow down a little bit initially. Results might not be there; quality might drop in some aspects; some procrastination might happen. Be patient (that’s been hard for me). You’ll have to prioritize people learning to play the game over the end result — at least at first. It takes time for people to operate in a new way, but it definitely pays off in the long run.

Finally, remember that you have the power to pave the walkway — but that doesn’t mean you should determine how people walk across the park.

Leadership in a self-organizing company is about being mindful of your team’s footsteps.

Read about the benefits of self-organization and how to get your team started.