Do You Suffer from Illusions of Moral Superiority?

Self-righteousness makes you focus on yourself rather than on trying to understand others. Avoid the illusion of moral superiority. 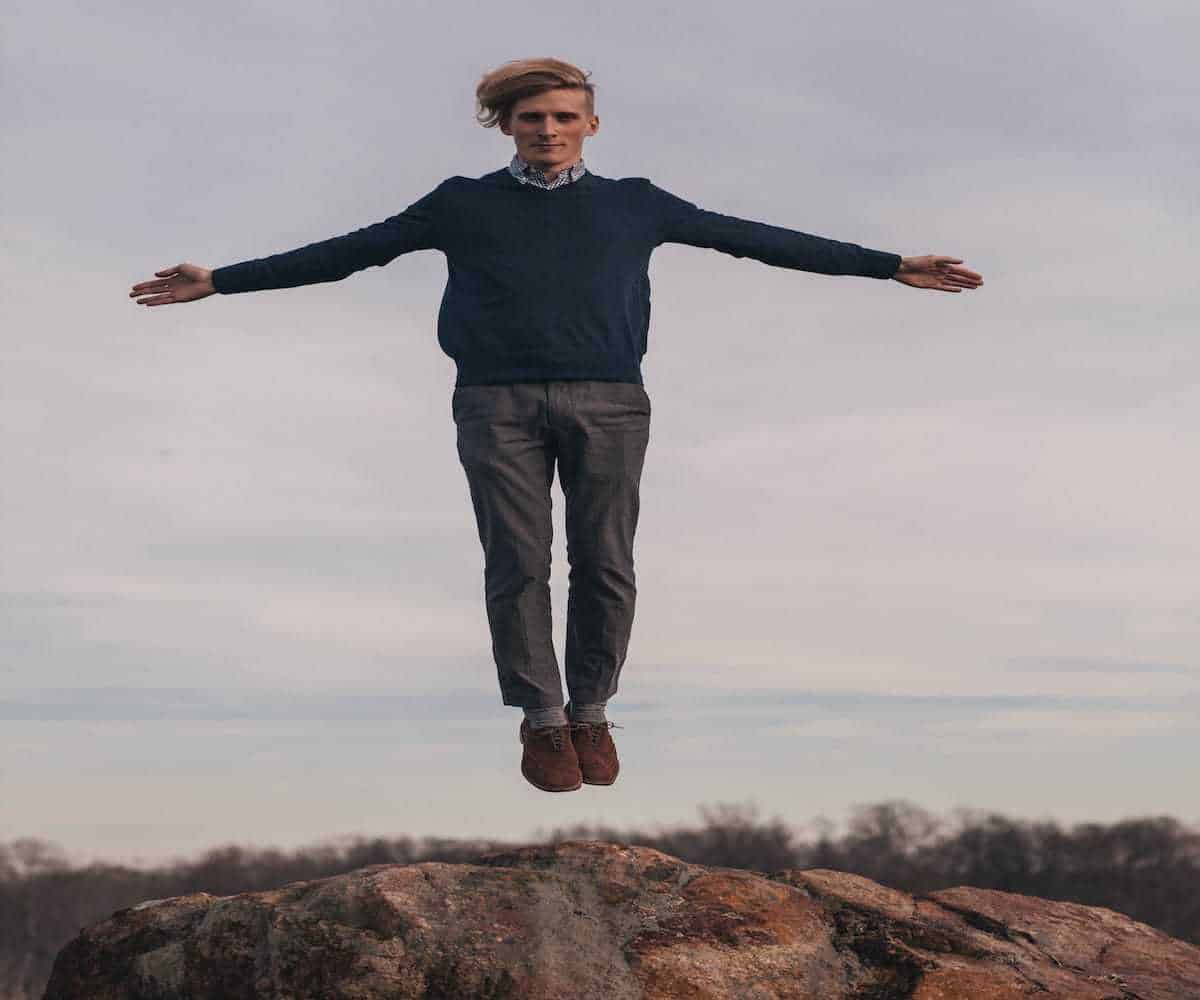 Intellectual humility is the antidote to arrogance

“Morality is like the temple on the hill of human nature. It is our most sacred attribute.” — Jonathan Haidt

Self-enhancement is more acute in the moral space — we believe we are more principled than others. Our sense of moral superiority is so distorted that even jailed criminals think they are kinder, more trustworthy and honest than you and me.

I love this because it helps us understand why we are living in a divided era.

Why We Feel Morally Superior

A study by Ben Tappin and Ryan McKay not only confirms that most of us judge ourselves as “better than average” — it addresses how much of this illusion is justified or not.

It’s hard to appraise someone we don’t know. That’s why people assign “average” values to others and “extreme values to themselves when asked to assess our morality.

According to the researchers, moral superiority is “a uniquely strong and prevalent form of illusion” — it makes you feel superior to another person or group.

There’s some rationality involved though. We have much more information to assess ourselves than people we don’t really know — it makes sense to be more cautious when evaluating others. Our self-defense mechanism gets in the way too. From a survival perspective, it’s safer to assume someone is less trustworthy than we are.

The illusion superiority can protect ourselves from liars or scammers — moral skepticism may reduce our chance of being double-crossed. However, there are some negative consequences too.

Self-righteousness makes you focus on yourself rather than on trying to understand others. It reduces our willingness to cooperate or compromise — it creates a wall between “us” and “them.”

People who value their morality highly cut corners but then frame the situation to feel good about themselves.

Self-serving justifications, when we intentionally violate an ethical rule, mitigate the threat to our moral self — we do ‘wrong’ while feeling moral. Consider a man who invites his dad to a fancy restaurant to show him he’s doing well. He justifies expensing the dinner because his father ‘always gives him sound business advice.’

The laziness of presumed moral superiority can be fatal in politics, business, or religion — it leads to intolerance and violence. As Tappin and McKay wrote, “when opposing sides are convinced of their own righteousness, escalation of violence is more probable.”

Our actions and positions are justified by having higher moral values than others. The illusion of superiority creates divisions — those who don’t belong to our group are deemed inferior.

Catholics and Protestants fought a deadly war in Northern Ireland. Jews and Christians are targeted in many countries. Shias kill Sunnis in Iraq rather than try to resolve their differences.

The paradox is that both sides end seeing the other as inferior. Most people consider themselves paragons of virtue, yet few individuals perceive this abundance in others.

Moral superiority may reflect significant incoherence in social judgment and perception, as Tappin’s explains. To illustrate this, he shares the example of Jane who construes her morality in very positive terms — in part by capitalizing on moral ambiguity. In contrast, her assessment of others is less positive. Her double standard works for herself, but not for others.

Our moral illusion blinds us — we believe we are always right and those who disagree with us are wrong.

Not everything is black or white though. I’ve been attacked here on Medium for quoting people others considered inadequate. When we continually filter everything and everyone through our moral lens, no one will ever pass the test.

We should learn to separate the act from the person. Everyone’s a teacher in disguise — we can learn from anyone, even those we consider our enemies.

Our deep-rooted beliefs can often translate to blame and myopia.

We self-identified with our moral views — changing our mind or admitting we are wrong feels like giving up our identity. It’s easier to attack others who think differently than to consider their point valid.

Belonging to a group is a crucial human motivation. We band together with people that share our same perspectives and moral views. We are more willing to follow advice from someone that’s ‘like us.’ Likewise, when we run into someone new, we tend to categorize that person into ‘friend’ or ‘foe.’ Unconsciously, we try to assess if we should trust or fight that individual.

Our moral lens is like a blindfold — we judge people without seeing who they indeed are.

Groups distort our sense of moral superiority and moral tribalism. How can you move a country forward when both parties are attacking each other? Rather than building on each other’s best ideas, they only care about theirs. The same happens with religion — churches are more preoccupied about beliefs and dogma than to help people. Salvation doesn’t matter unless you choose their way.

Any form of extremism is wrong — we end caring more about our moral superiority than the outcome. This polarizing view blinds everyone. The paradox is that the belief that we are better than others, makes us arrogant, stubborn, and narrow-minded — we become intellectually overconfident.

“We walk around all the time with a feeling that our group is morally superior to the other group,” says social psychologist Jonathan Haidt. “We hate them. It’s important that we constantly show how much better our side is.”

The Power of Intellectual Honesty

To seek ‘the truth’ we must observe things as they are, instead of filtering them by our position.

As Perry Tam wrote here, “What is intellectual honesty? It means always seeking the truth regardless of whether or not it agrees with your own personal beliefs.”

Intellectual honesty is about finding the best solution, not to win the discussion.

Moral superiority promotes groupthink — we only pay attention to those who think as we do. Diversity of thinking is vital to help groups find the best solutions. However, even in the most “objective” organizations, leaders use their moral superiority to silence their ‘subordinates.’

Start by leveling the playing field. That requires creating a Fearless Culture where people can:

That requires leaders to embrace vulnerability. In my experience, that’s easier said than done. It takes time to coach senior executives to let go of power and the need to be always right. As Tam explains, decisions should be “grounded by facts, not by the stature or position of the individual within the company presenting it.”

Intellectual humble adults are more likely to learn from people they disagree with. We need to move beyond the right or wrong by integrating opposite ideas rather than excluding them.

From Opposition to Integration

Creativity feeds from abundance, not from exclusion.

Improv Comedy practices the “Yes, And…” approach. It teaches people to continually build on top of new ideas, not to replace or fight, old ones. Improvisation is about integration — ideas are stepping stones, not alternative paths.

A “Yes, And…” mindset turns everyone into a contributor. As Kelly Leonard, Second City executive, says: “ Everyone in the ensemble produces hundreds of ideas, so even though most of (the ideas) will die and never be seen again, people don’t hold on out of fear that they’ll have nothing to offer at the end.”

Integration is about building on each other’s ideas — we unearth the potential of every thought instead of judging the person who suggested it.

“When we’re more engaged and listening to the other side, the disagreements tend to be more constructive,” says Tenelle Porter, a researcher in psychology at the University of California.

In his book Dream Teams, journalist Shane Snow explains that, though great teams are more than the sum of their parts, (lack of) collaboration often fails to fulfill this promise.

He advocates for three ways to integrate opposite thinking:

1. Cognitive Diversity: One of the reasons diversity fails is that we focus on the demographics, not on the way of thinking. Rather than looking for people who are a cultural fit, we should hire those who promote cultural fitness — they should challenge the team to grow beyond its comfort zone.

2. Cognitive Friction: We often see conflict as divisive — tensions can help if we put moral superiority aside. Healthy frictions can bring the best out of a team. Snow shares how the Wright Brothers’ daily arguments can teach us about group problem-solving.

3. Intellectual humility: Most leaders operate from a position of moral superiority — they believe their opinions matter more than their teams’. Wise leaders are not only humble but also embrace their vulnerability. They don’t want to win all the arguments — they lead with questions, not answers.

Intellectual humility involves recognizing that our beliefs or opinions can be incorrect. In a divided era, anger unites people. Everyone adopts a win-at-all-costs mentality to prove others are wrong — or evil.

Mark Leary, a psychology professor from Duke University, believes that “intellectual humility may be essential to protecting us from our most self-destructive tendencies.” Whether you lean left or right — or somewhere in between — intellectual humility can help you discover common grounds, build better relationships, and be more effective leaders.

How to Embrace Intellectual Humility

“All I know is that I know nothing.” — Socrates

Intellectual humility requires practice. I’m vulnerable to my own moral superiority. The following are not rules, but some tips I use to challenge my own views — I too fall prey to arrogance or intellectual overconfidence.

When was the last time you changed your mind? How did it feel?