The line that separates the teams that succeed from those that just dream. 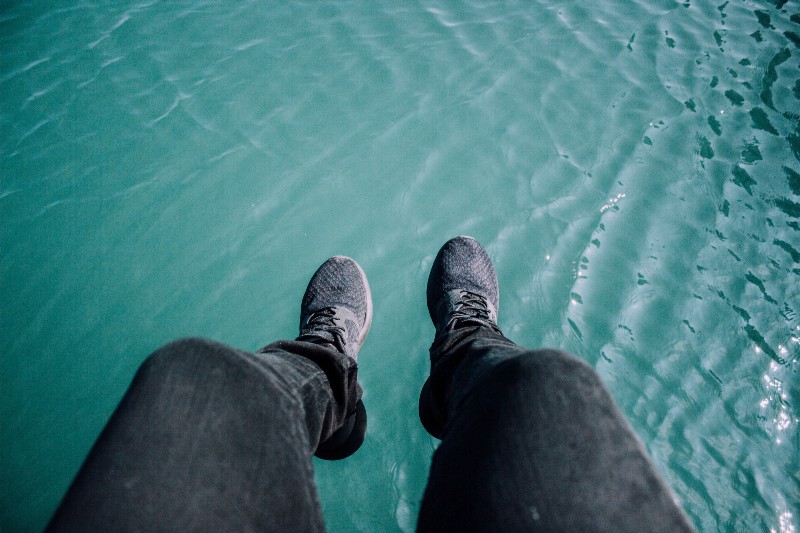 I’ve been working on this project forever and I feel something great is about to happen. Our idea is so cool, so original, that it will make our company proud. We had to make some concessions but now we are in a much better place. I need to prepare for one more presentation though. After having reviewed our proposal with our bosses’ bosses, everyone is so excited. If we get this idea past the CEO, we will be in great shape. It’s been a long journey, but soon we’ll be ready to launch.

I’ve heard this story over and over. No matter the type or size, it’s not lack of great ideas that’s killing innovation, but the organizations failure to launch.

Are We Afraid To Launch?

“Don’t give up, you are not beaten yet.” – Peter Gabriel

Powerpointing ideas to death, trying to have everyone on board in case things go wrong, fear of making the decision to go ahead are some of the most frequent symptoms. Are organizations failing to launch or are they simply afraid to launch?

When we allow external constraints (ie: lack of budget or approval) to limit our ability to do something, we turn them into excuses. Thus convincing ourselves that it was someone else’s fault, not ours. I encourage you to take control of your projects, remove any excuse, and make things happen on your own terms.

Need some inspiration? There’s so much you can do in a short period of time, 30 days to be more exact. That’s what took Jack Kerouak to type his famous novel “On the road”. A 30-story building was built in China in just a month. When Apple started, they have to build 50 computers in 30 days to respond to their first client challenge. Don’t let limitations become an excuse.

1. Do you really need others approval? Stop waiting for someone’s approval. Forget the “don’t ask for permission, ask for forgiveness.” In both cases, you are giving others the power to control you. You only need to be forgiven when you are guilty or made a mistake. Why ask for permission (or forgiveness) when you are doing the best for your organization? Ask for respect instead. If you respect your talent and intelligence, the least you can expect is for your “boss” respect you too.

2. How bad do you want what you want? I’ve been publishing articles on a weekly basis, seven weeks in a row. This week a strong cold drained all my energies. In spite of that, I wrote a piece and submitted to a publication to later realize that they couldn’t publish it until next week. I could have chosen to be okay with that, but I’ve committed to publish one piece a week, not just write it. So here I am -still under the weather- writing, so I can publish before the end of the week. Not because I had to but because I want to. It’s a commitment I made to myself.

3. Do you love being rejected? Blaming the system is like blaming your ancestors for everything that you don’t like about yourself. Change is not easy, leading is not easy either. Leading change is an uphill road full of resistance. You need to enjoy the ride. You need to turn rejection into fuel if you want to succeed. Thick skin is not something we are born with, it takes a lots of rejection to build it.

4. Are you willing to risk everything? If you are really convinced about something, do it. When you let your fears filter your actions, you will either fail to launch or end implementing something that has no resemblance with your original idea. Enjoy the feeling of being OK of risking everything, that’s when you are sitting on an idea that’s definitely worth pursuing.

5. Are you willing to sacrifice perfection? Writer/director Damien Chazelle was so committed to produce “Whiplash” that he didn’t allow lack of funding become a barrier. He made the wise decision to produce an 18-minute short film first, which was a huge success at 2013 Sundance Film Festival, which ultimately attracted investors to sign on and produce the full-length film. You know the rest…

6. Do you like creating your own path? Don’t wait for doors to open; find a way to get through. Most people spend their whole life knocking on doors with no response. If you know where you want to go, build your path instead. The most traveled road won’t make you succeed.

“…If this were the last day of your life, my friend, tell me what do you think you would do?” — Genesis (the rock band, not the Bible)

You can get caught blaming others for what’s not happening or you can simply move forward. It’s your call.

Once again, how bad do you want what you want?

Stop looking yourself in the mirror. Stop waiting for answers: make the answers happen instead. Don’t let your project get covered in dust while waiting for someone else approval. Stop talking. Do.