Feedback Is A Gift That Keeps Giving

When done correctly feedback is a gift to all involved. Learn how to become better at giving and receiving the gift of feedback. 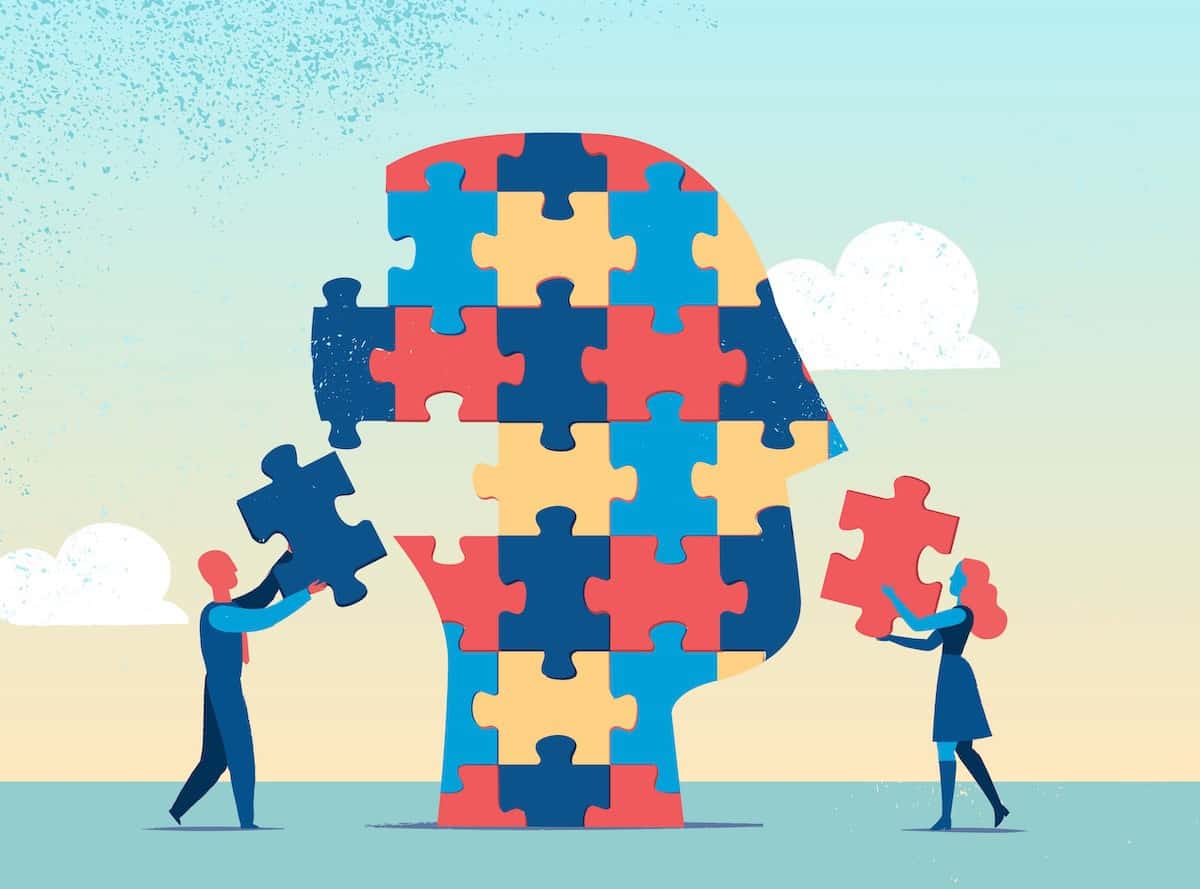 How to create a culture of feedback at your company

Giving feedback is difficult, but it doesn’t have to be that difficult.

Most people resist feedback because they feel attacked. Feedback triggers negative reactions that make our hearts pound and precipitates worry and anxiety.

Whether the feedback is right or wrong, we feel that our identity is under attack.

However, if practiced frequently and well, feedback can become a gift that uncovers infinite opportunities for learning and growth.

Encouraging a culture of feedback is vital to increasing performance and engagement. What gets rewarded gets repeated.

Here are key steps to get you started.

How to Create A Culture of Feedback

Assigning performance scores is not only deceiving, but hinders performance rather than rewarding it.

Stack ranking was once the most destructive process inside of Microsoft. It created a culture where innovative ideas were killed quickly and no-one wanted to challenge the status quo.

The system — also referred to as “the bell curve” — defined a certain percentage of employees as top, good, average, below average, or poor performers. At Microsoft, top performers distanced themselves from others to protect their “A player” status.

This meritocratic workplace makes people compete against one another rather than collaborate. The stack ranking also corrupted UBER and Yahoo’s cultures.

A study found that when people view their ratings as unfavorable, they become disappointed with the evaluation process regardless of whether they have a growth mindset.

Annual performance reviews are expensive, biased, and ineffective. As Bob Sutton said, “If performance evaluations were a drug, they would not receive FDA approval because they have so many side effects, and so often they fail.”

Adobe managers were spending 80,000 hours on performance reviews, while Deloitte’s employees were burning close to 2 million hours per year on theirs.

Both companies, among many others, ended up ditching their annual reviews.

2. Practice the gift of feedback frequently

If a colleague were about to be hit by a car, would you wait for the annual performance review to help them be more careful? Or would you rather immediately alert them of the imminent danger?

That’s precisely what happens with annual reviews — the feedback is too late (no surprise that people called them the “annual misery.”) Organizations have turned feedback into an unwanted gift.

“Check-ins” are not scripted and no forms are filled out. Conversations are centered on three topics: expectations, feedback, and growth and development.

This new, regular format also allows employees to provide feedback to their managers.

Giving feedback frequently is essential, but don’t abuse it. The fact that you have something to say doesn’t mean that you have to say it. Find the right balance.

Don’t try to address all issues at once or you’ll confuse people. Most of us can’t remember lots of input. Plus, after receiving feedback, people need time to decant it.

Keep feedback simple. Focus on one thing rather than trying to share everything that comes to mind. When we try to change everything, we end up changing nothing.

Try this simple exercise: the one breath feedback.

Ask your team to form a circle; each person must provide feedback to the colleague on their left. First, however, they must take a deep breath. Once they run out of air, their time is gone, and it’s the next person’s turn.

The purpose of this exercise is to remind people to stick to the point. The most useful feedback is simple; it shouldn’t last more than one breath.

The shorter the feedback, the better the gift.

4. Focus on the outcome, not the person

Providing effective feedback is not easy as people can quickly become defensive. Avoid making the conversation about the person; focus on the outcome instead.

Instead of sharing the solution, address the expected result. Ask the person what they will do to get there. Focus the conversation on helping them find the answer; don’t impose yours.

We all make mistakes from time to time. Avoid talking from a position of perfectionism. Rather than try to show that you have the answer, help the other person find their own solution.

At Spotify, feedback conversations are future-focused; 70% of the time it’s about what “we want to happen” versus addressing past mistakes. The company only spends 10% of the time discussing the past.

Disentangle the what from the who; feedback should be a gift, not torture.

The purpose of providing feedback is not about harming people. However, it is not meant to protect them either. Trying to be too nice can confuse people.

The “feedback sandwich” is a harmful yet widespread practice.

What happens is that people get confused. They don’t understand what they need to focus on. Also, this approach feels passive-aggressive. Which part of the feedback is sincere? The praise or the criticism?

When you want to praise people, do it. When you want to tell someone that they need to adjust their behavior, say it! As the saying goes: praise in public, critique in private.

The Emotional Culture Deck is a powerful tool to encourage people to connect with their emotions and go beyond the standard responses.

As Clare Swallow explains in this post, it helps participants genuinely articulate how they are feeling. In a session, someone picked ‘Thoughtful’ and described how they couldn’t yet understand how to roll learnings out across the organization and still have some consistency.

The participant was happy with the session, but the Emotional Culture Deck exercise helped avoid the feedback sandwich and provoke a candid response.

There’s no need to wrap your gift to make you look better.

6. Feedback is a two-way gift

If feedback is a valuable gift, shouldn’t everyone get it or give it?

This is a simple yet vital mindset shift. Everyone needs feedback to grow, not just employees.

Most organizations see giving feedback as a management task. It’s part of the boss’s role to assess employees and help them improve. However, people spend more of their time with their colleagues than with their managers.

When companies adopt peer-to-peer feedback, people become less defensive about getting feedback — it becomes a crucial component of the workplace culture.

Microsoft moved away from annual reviews to a more personal, friendly approach. “Perspectives” is a system that encourages employees to praise and critique each other.

“Perspectives” was designed to make conversations less intimidating. It prompts dialogues that feel more like coaching than a review.

7. Be candid, but care about people

The primary purpose of giving feedback is to help the receiver grow, not to make the giver look good. However, there’s no need to harm people during the process.

Practicing radical candor doesn’t mean saying everything that comes to your mind without a filter. It’s about challenging people without being a jerk.

Pixar practices Braintrusts to ensure every movie turns into a huge success. A team of experts helps uncover the problems which the team doesn’t see.

A brainstrust of directors, animators, writers, etc. provides feedback on the issues they observe; they don’t say how to solve the problems. The team in charge of the projects is still responsible for making necessary adjustments.

This candid practice focuses on improving the film, not judging those involved.

Candor is crucial to Pixar’s creative process. As Ed Catmull wrote on Creativity Inc., “Early on, all of our movies suck.” After turning around Toy Story 2, brainstrusts have become a vital element at Pixar.

Be brutally honest, but also care about people.

8. Address feedback as a team

Organizations expect people to be team players, yet their processes encourage individualism rather than collaboration.

Collective feedback is an excellent opportunity to promote a collaborative mindset. Rather than assessing each individual, address feedback as a team.

The After Action Review (AAR) is a structured debrief process designed by the U.S. Army that has now become popular among many corporations.

Instead of focusing on individual behaviors, the feedback is centered on collective outcomes and what practices need to be improved.

The AARs are conducted immediately after the ‘action,’ so everyone’s memories are fresh and the learnings can be implemented in the next mission.

Use the following questions to facilitate an AAR session:

1. What were our intended results?

2. What were our actual results?

3. What caused our results?

4. What will we do the same next time?

5. What will we do differently?

A team is only as strong as its weakest link. When your top players blame each other instead of working together, their individual talents are wasted.

9. Learn to receive the gift of feedback

Giving feedback is not easy; it requires practice but, most importantly, empathy. You are not trying to look smart but to create a positive impact on someone else.

Focus on what the other person needs.

Model receiving feedback, not just giving it. A culture of feedback means that everyone realizes that learning itself is a competence. Be the first to practice it.

Ask people for feedback. It will feel uncomfortable first, but that’s okay. You have to learn to receive feedback if you want to become good at giving it.

Practice self- feedback. Use the following questions to assess your behavior and uncover growth opportunities:

What should you stop doing?

What should you start doing?

What should you continue doing?

Feedback is a gift that keeps giving — the more your organization practices it, the more natural it will become.

Don’t wait for the holiday season; every day is the perfect time to learn from each other.