Have We Lost the Most Important Skill We Have?

People are kinder to those they view as human beings. 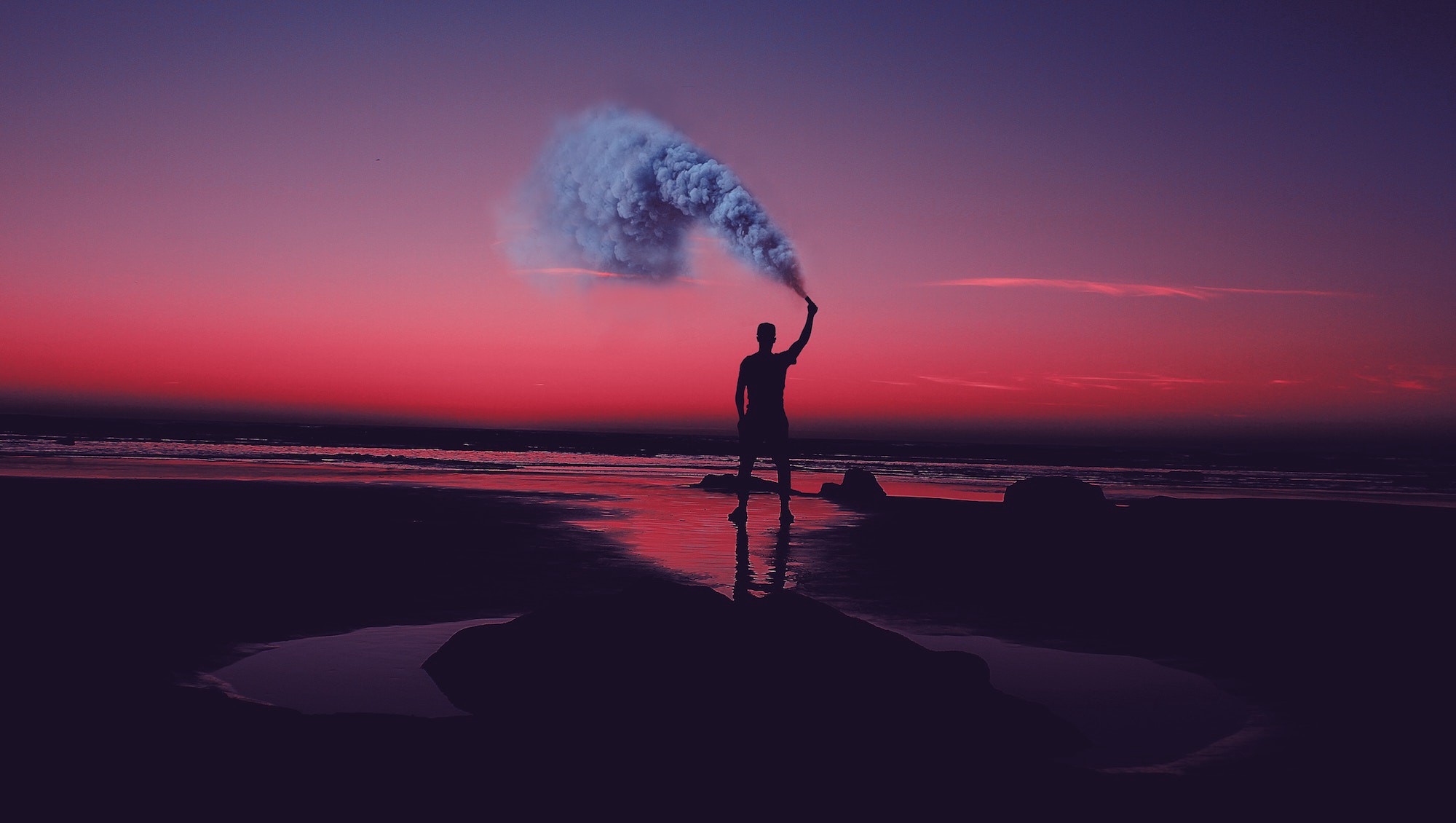 In search of compassion

People are kinder to those they view as human beings.

The problem is the rising self-centered culture that’s blinding us — people are caring less about the feelings and predicaments of others.

Vanity, selfishness, and the focus on personal success are threatening our most valuable skill. Empathy, that is, requires you to step out of yourself.

“To see what is in front of one’s nose is a constant struggle.” — George Orwell.

We are internally compelled to see each other as fellow humans. Empathy is more than walking in someone else’s shoes; it’s the ability to see and connect with others because they are human.

Empathy is seeing humankind as our extended family.

The Social Glue Is Not Sticking

“To perceive is to suffer.” ― Aristotle

Self-reported empathy in America has declined dramatically in the past three decades.

According to a study, the ability to think about how someone else might feel is declining. But even more troubling, as Sara Konrath — the lead researcher explained, is the drop-off of people’s ability to exhibit an emotional response to someone else’s distress.

We are losing our most valuable skill: social connectivity.

“To me, that’s the basic glue,” said Konrath, “It’s so rewarding to connect with human beings. Everything we know as psychologists tell us it’s the most wonderful thing. So if we’re losing that, I think that is distressing.”

Piggybacking on Barack Obama’s commencement speech, Douglas LaBier believes that many people suffer from what he calls the Empathy Deficit Disorder (EDD). The psychologist has been observing firsthand the same decline as Konrath’s research.

EDD means the inability to step outside yourself and tune in to what other people experience. This lack of empathy not only creates misunderstandings; it drives tensions and divisions towards those who think differently.

LaBier explains how the Empathy Deficit is driven by putting too much emphasis on acquiring things and people — it promotes vanity and self-importance. People equate what they have with who they are. They live under the delusion of being completely self-sufficient — that’s a killer for empathy.

LaBier writes: “You lose touch with the true reality, that all humans are interconnected and interdependent — all organs of the same body, so to speak.”

Additionally, the hyper-productivity culture is not helping either. The constant pressure to win is soul-sucking as Dan Pedersen wrote here. This self-focused approach doesn’t leave room for the social glue.

For some experts, empathy is hard-wired — brain circuits are the source of humanity’s desire for “intimate participation and companionship.”

A Stanford University study offers some optimism. Researchers discovered that, people who believed empathy is not a fixed trait, spent more time listening to others and demonstrated a greater willingness to help.

Similarly, Mark Davis, a professor who’s spent decades studying empathy, says that he can’t imagine humans without the capacity to feel for others.

“A world without empathy is inconceivable,” the expert explains.

Empathy is not in vogue in the 21st Century. However, there’s hope: this social glue skill can be taught and developed.

What Do We Mean by Empathy?

The word empathy was inspired by the German aesthetic term Einfühlung, meaning “feeling into.”

Empathy is more than putting yourself in another’s shoes — it’s genuinely grasping what others are going through. It’s such an essential human skill that even babies exhibit it, reacting to the facial expressions of adults.

Experts still disagree on the breadth and depth of empathy. Is it feeling for others? Feeling as others feel? Understanding others?

There are two distinct types of empathy: Emotional and Cognitive.

Most people associate empathy with feeling what other people feel — especially their pain. That’s Emotional Empathy; it is activated by mirror neurons.

Neuroscientists discovered in the early 1990’s that specific brain cells become active when someone is suffering. They help us feel others’ pain — that’s why they are called ‘mirror neurons.’ Your emotional state moves in a direction closer to the person you are empathizing with.

Empathy is much more than just feeling pity for others.

Cognitive Empathy, on the other side, is about understanding people — it doesn’t require to ‘suffer’ the way they do. This is also called ‘perspective taking’ — it’s an effort to understand how other people behave, think, or feel.

Developing the skill of Cognitive Empathy is a useful practice for organizations. Human-Centered Design uses Empathy research to understand the user better. I regularly facilitate empathy exercises at workshops to raise self and team awareness — understanding other people’s perspectives promotes diversity of thinking.

Some experts believe both Emotional and Cognitive Empathy are part of the same — “ true empathy” integrates both. However, research showed that the human brain responds differently when either is activated.

Technicisms aside, by stepping into the shoes of another person and see things from their perspective, we become less capable of ignoring their suffering.

“Whenever you feel like criticizing anyone…just remember that all the people in this world haven’t had the advantages that you’ve had.” — F. Scott Fitzgerald

Empathy alone can be biased though. Your reality can turn a blind eye to the suffering of others.

A study shows that affluent people feel significantly less empathy for the suffering of others. Conversely, they are more empathetic to those like them. For example, some judges go easier on white-collar criminals who share their social background.

This is precisely the point made by Jonathan Haidt in his book The Righteous Mind. The author explains how the ‘harm/care’ module — his version of empathy — is just one of the many emotional dispositions why we are divided by politics and religion. The others being fairness, liberty, loyalty, authority and purity/sanctity.

According to Haidt, this helps explain the division between Democrats and Republicans. While the first focus almost entirely on care and fairness, the latter tend to give equal weight to all six dispositions.

Empathy can help you not just understand others but alleviate tensions with those who think differently.

In Tibetan Buddhism, compassion is cultivated through Maitri or loving-kindness — practitioners begin by imagining how they feel toward a loved one, then turning it toward themselves, then family and friends, then strangers, then enemies, and finally toward all beings.

Dalai Lama wrote: “Compassion is an aspiration, a state of mind, wanting others to be free from suffering. It’s not passive — it’s not empathy alone — but rather empathetic altruism that actively strives to free others from suffering. Genuine compassion must have both wisdom and loving-kindness.”

Self-awareness was activated among both groups. However, the compassion one also activated brain areas related to the reward system. It also ended up feeling kinder and more eager to help others.

Empathy is the conduit; compassion is an accelerator.

Genuine compassion is uncomfortable and difficult. However, by stretching beyond your comfort zone, you are more likely to feel motivated to act.

Wisdom and compassion are like two eyes that work together to see deeply.

Dalai Lama also said: “One must understand the nature of the suffering from which we wish to free others (this is wisdom), and one must experience deep intimacy and empathy with beings (this is loving-kindness).”

Compassion is a powerful skill — by connecting to others, you can alleviate their pain.

If you want to realize your full potential, increasing compassion is more important than hyper-productivity. Practice until you can embrace all living beings without exception.

To help others, you have to put your oxygen mask first.

I know, it sounds counterintuitive. After discussing how being self-centered diminishes empathy, I’m telling you to take care of yourself first. However, self-compassion — being open and moved by one’s experiences and feelings — is the first step.

Here’s how to get you started:

The world is suffering from an empathy and compassion deficit. Be brave. Step outside of yourself. See, feel, and listen to what’s in front of your nose.