How to Avoid Wasting Your Time and Missing Life

What If? can become a dangerous question, especially if we waste our time speculating. 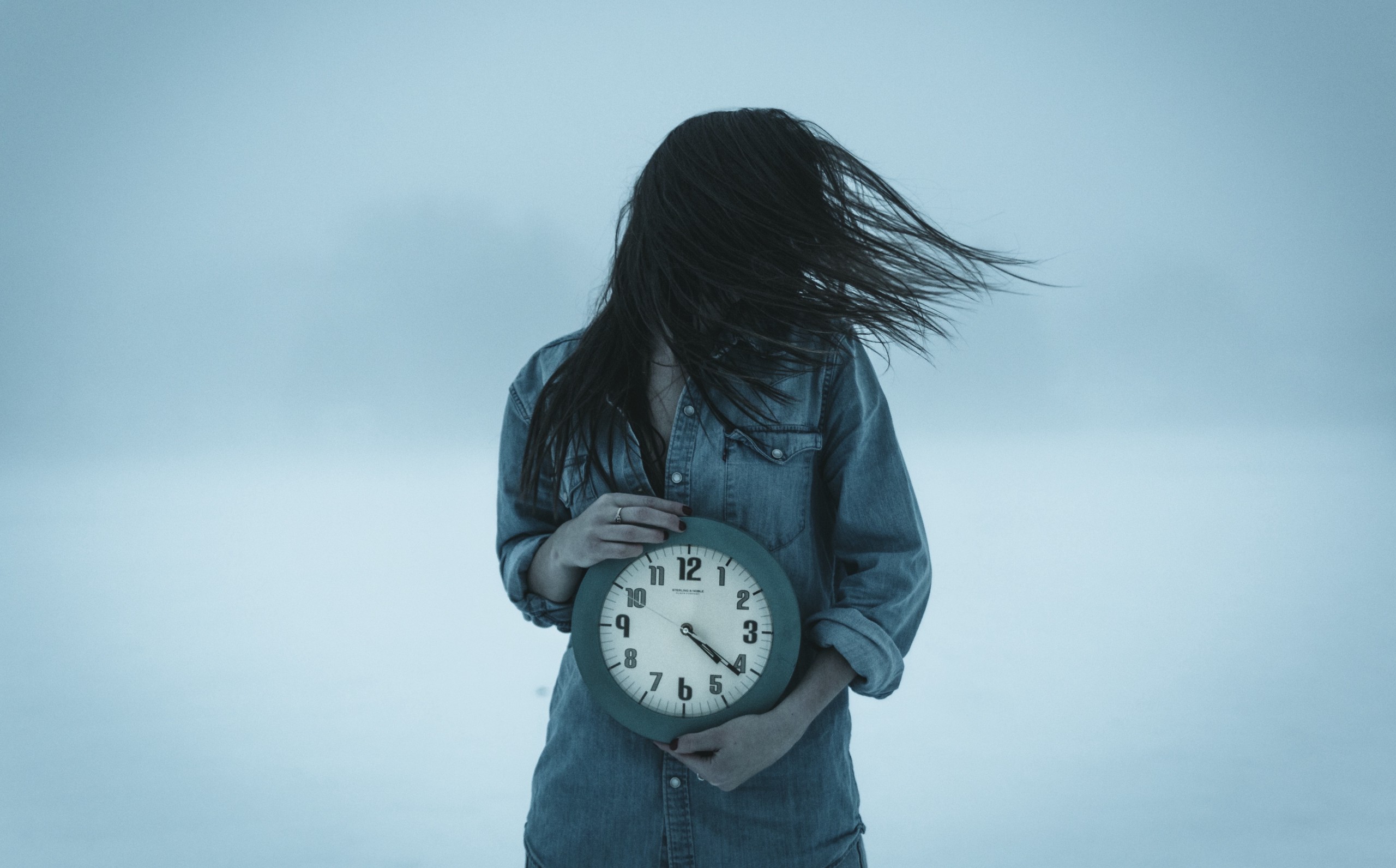 Speculation is a dangerous game.

A poisoned arrow hit a man. Though a doctor was there to assist him, the man didn’t want the arrow to be removed. He was looking for answers first.

“Before you take this arrow out, I want to know if the shooter was a prince, a merchant, or a priest? What’s his name and where does he live? What kind of bow he used? Was the arrowhead an ordinary one or an iron one?” — he kept on and on.

The wounded man would rather die than not having all the facts.

Life is short. It must not be spent in endless speculation.

Worrying about possible ‘what ifs’ not only keeps your mind busy; it makes you focus on the wrong problem as it happened to the man who was shot. As Marcus Tullius Cicero wrote, “Time destroys the speculation of men, but it confirms nature.”

Speculation doesn’t just steal your time; it drains your mental energy too.

“There are two times in a man’s life when he shouldn’t speculate: when he can afford to and when he can’t.” — Mark Twain

When predicting the future, everyone claims to have the perfect answer. However, when looking in retrospective, very few can acknowledge that things didn’t go as they anticipated.

Perspective destroys certainty — that’s the effect of time on our speculations.

Oxford Dictionary defines speculation as “the forming of a theory or conjecture without firm evidence.”

Speculation is not just limited to predicting the future; this inefficient pastime also drives rumination about present or past events.

The hunger for certainty is one of the brain’s five functions. Uncertainty generates a strong alert response in our limbic system; that’s why we worry. Your brain doesn’t like not being in control — uncertainty is a pain that we try to avoid at all cost.

That’s why we love to speculate — we’d rather create a theory without evidence than not knowing what will happen.

The problem with certainty is that we adopt a scrutinizing mode — we are looking for evidence to prove our theory.

That’s the driver of financial speculation — people want to win big to be right big time. There are few things more unbalancing to the mind than the act of suddenly winning (or losing) large sums of money.

No one has explored the strange behavior of the American investor with more authority than Robert Shiller. In his book, ‘’Irrational Exuberance,’’ he departs from most economists’ assumptions that people are rational and fully informed.

The Yale University economist describes the group pressures and herd behavior that sustain investment — the amplification mechanism, as he calls it. People are prodded into the market, for example, by the ego-diminishing envy stirred by others having earned more in the market than on paychecks.

Speculation, in every aspect of life, is an irrational pastime. It’s much better to be vulnerable than to be right.

Jonah Lehrer coined the term ‘Information Craving’ to define our addiction to facts. We crave information for the sake of it. We don’t care if it will make us more effective or adaptive — it just reduces the sense of uncertainty.

A great example of speculation gone wild can be found on the talk shows. Rather than inform or report the news, they stray into guessing what might happen. The need to fill the void before real news unfold drives hosts to share their opinions and hypotheses as if they were factual.

The Danger of What Ifs

Something happens (what) and we start asking ‘why?’ We fill the void with as many possibilities as we can create in the form of ‘what ifs?’ Finally, we end worrying about all the possible answers — one ‘what’ becomes infinite ‘whats.’

Counterfactual thinking is a concept in psychology that involves our tendency to create possible alternatives to life events that have already occurred. Most of the time, something that is contrary to what actually happened.

That’s the paradox of speculation — our desire to find certainty creates more uncertainty and worry.

What if speculations open up the past by demonstrating myriad of possibilities. However, we cannot change what happened. Speculation turns us into a prisoner of counterfactual — we get trapped by all the infinite chances that never happened.

The same happens when we get stuck trying to understand events in the present.

The dangerous side of speculating is that it keeps us busy while accomplishing nothing — rehashing every possibility prevents you from enjoying life.

John Lennon said it better: “Life is what happens when we are busy making others plans.”

Maybe you are waiting for feedback on a job interview. Or your best friend is not replying to a text you sent hours ago. Or your client unexpectedly cancels an important meeting without any explanation.

Your mind starts playing tricks — you get into an spiral of endless negative potential explanations.

When we don’t know, rather than wait for things to happen, our mind starts creating our version of what might have happened. Speculation turns into rumination — we can’t get past our thoughts.

Your mind gets stuck when you think about every possible ‘what if?’

Living in the ‘here and now’ is one of the most distinctive lessons from Buddhism. Western education, on the contrary, promotes speculation. We are told to analyze the past to learn lessons from it; we are encouraged to create hypotheses and use those learnings to predict future behavior.

Buddhism invites us to recover the value of living in the present. Instead of being obsessed about what you don’t know (what if?), understand that life is in permanent transition. You cannot change the past; you can’t control what will happen in the future. Live the present.

When sharing his secret to happiness, the great philosopher Jiddhu Krishnamurti said, “Do you want to know what my secret is? I don’t mind what happens.”

Letting go of this addictive pastime is the first step towards recovering your time and stop wasting your life.

When in Doubt, Ask

Speculation is not knowledge — it’s just a waste of your time.

Knowledge doesn’t show up unannounced; you have to earn it — it requires dedication and sacrifice.

If you want to know what happened you have two options: ask or wait for things to unfold. Speculation creates imaginary problems; it’s the opposite of knowing.

We take an interview cancellation as bad news, but we don’t ask why — we fear a negative response. Ironically enough, we let our mind speculate about every possible negative explanation. We choose self-torturing ‘what ifs’ over confrontation.

Forming infinite hypotheses adds more complexity to a situation. Focus on what you know or what’s under your control.

Marcus Aurelius said, “Don’t let your imagination be crushed by life as a whole. Don’t try to picture everything bad that could possibly happen. Stick with the situation at hand, and ask, Why is this so unbearable? Why can’t I endure it?”

Rumors are another form of speculation. What makes one person’s gossip go viral is the desire to avoid uncertainty — that’s why everyone wants rumors to be true. The brain prefers an adverse, yet certain, outcome to not knowing what will occur.

It’s your call to fuel rumors or to wait until things really happen.

I’m not saying uncertainty is easy to deal with. However, trying to understand all possible routes will derail you from your destination. The way to solve complex problems is to get simpler perspectives.

Henry Thomas Buckle said: “To simplify complications is, in all branches of knowledge, the first essential of success.”

When we look at life in retrospective, nothing is as harsh as we speculated. Worrying makes things more complicated.

Nothing in life is permanent; even our worries change. Understanding that the future is out of your control is liberating. Focus on what you can manage. Experience events as they happen. To enjoy the present, you must empty your mind of what ifs.

A maybe mindset will help you accept life as it comes and goes, as I explain here.

Most of all, we need peace and time to enjoy life. As Henry Thomas Buckle said, “In practical life, the wisest and soundest men avoid speculation.” Every time I found peace, is because I was focusing on the ‘here and now’ instead of speculating.

Please take a deep breath, put all your ‘what ifs?’ aside, and enjoy your life (not what might happen).