How to Design an Ethical Culture

The psychology behind unethical corporate behavior. Why most ethical scandals can be predicted and avoided. 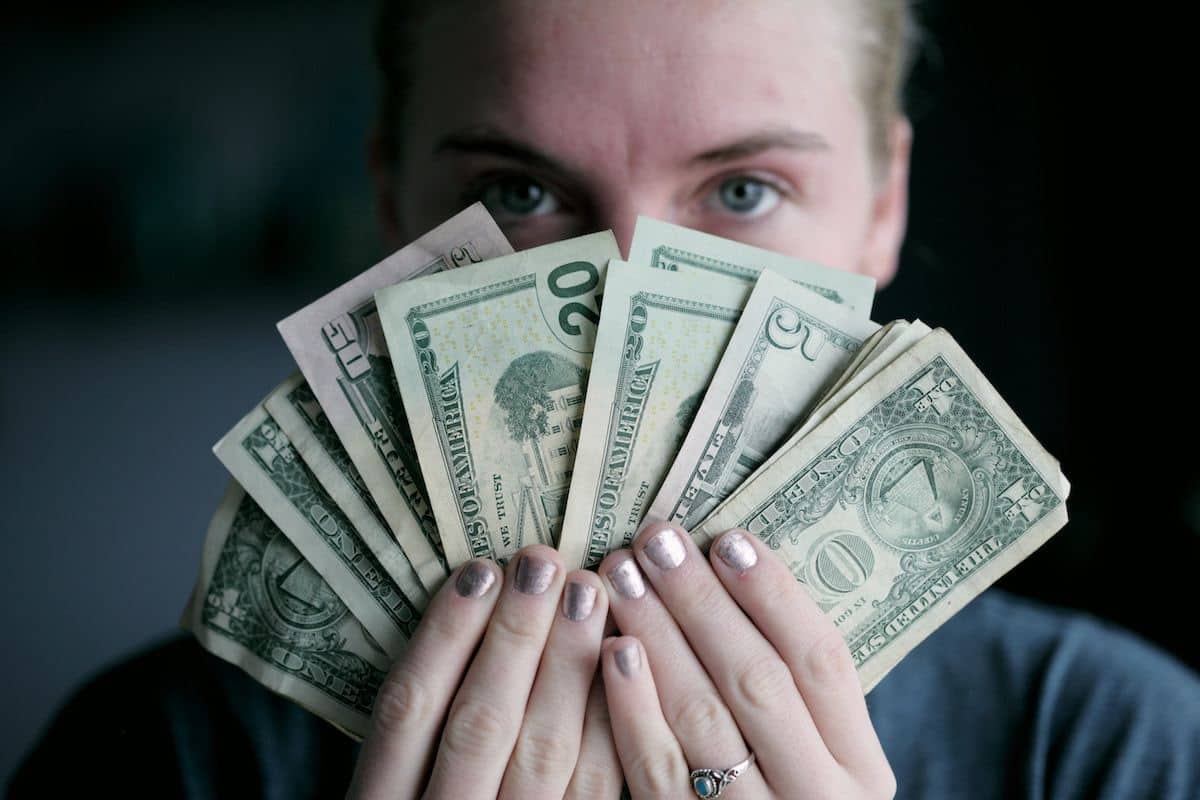 “It takes 20 years to build a reputation and five minutes to ruin it. If you think about that, you’ll do things differently.” — Warren Buffett

Imagine being the CEO of a company — you doubled the revenue goals. Your team just received your most massive bonuses ever. Everyone feels unstoppable. Until one client call interrupts the celebration.

It wasn’t any client. This firm alone represented 60% of our revenue. And this senior executive came up with an unexpected request. If we wanted to keep their business, we had to split the profits.

No, he wasn’t asking for a special discount. He was soliciting a bribe for himself.

What should I do?

I couldn’t stop thinking of the consequences. The financial toll, my boss’ reaction, the impact on my career, potential layoffs, our reputation, etc.

Agreeing to his demand would prevent all this from happening. But, it only takes one person to cross the line until it poisons the entire organization.

From Therano’s fraudulent blood test to Volkswagen’s emissions to Enron’s accounting fraud, all ethical scandals start with one small act. It just takes one person looking the other way.

The Mindset behind Unethical Behavior

“It’s only when the tide goes out that you discover who’s been swimming naked.” — Warren Buffett

My client expected an immediate response. He had other vendor lined up who had agreed to give him a kickback. I could have won time saying that I had to consult it with my boss. While that was somehow true, I knew it was my call.

I finally said no.

We lost the client that same day. My boss almost fired me. It would take months for our company to recover from the financial loss.

In retrospective, my choice wasn’t heroic but driven by principles. Saying yes would have been even more harmful. My wrongdoing would have corrupted our company culture.

That’s the issue with corporate wrongdoing. Most organizations think rules and compliance systems are the remedies. But, the root cause of unethical behavior is weak leadership and a flawed culture.

First, there’s omnipotence. Aggrandized leaders believe the rules of decent behavior don’t apply to them. For omnipotent executives, crossing the line doesn’t feel like a transgression. They believe their role is to create their own rules.

Second, cultural numbness is when one’s moral compass is affected by the largest group. Someone starts cutting corners, and everyone plays along. There’s a trade-off between fitting into the culture and staying true to one’s values.

Third, justified neglect is when people don’t speak up because of other immediate rewards. Their relationships with senior managers feel more important than calling out unethical behavior.

“Even well-meaning people are more ethically malleable than one might guess.” — Nicholas Epley

A culture of fear prevented employees from speaking up at Wells Fargo, Volkswagen, and Nokia. As Edmondson explains, people felt afraid to tell the truth to their senior leaders.

Nokia R&D culture was such that people wanted to please the higher-ups. “They wanted to give them good news — not a reality check.” — as quoted on The Fearless Organization.

Wells Fargo goals were not only ambitious but unattainable. They were so unreasonable that they had to threaten their employees. People would lose their jobs if they didn’t deliver what management wanted.

The paradox of fear is that people stay silent because of the consequences. But, silence is even more harmful in the long run.

The aftermath of a scandal is much more costly than the business upside. Massive fines, damaged reputations, legal expenses, and expensive settlements reach billions of dollars. Also, when companies go down, CEOs are not the only ones to pay the price.

James Liang, the VW engineer who designed the deceiving software, went to jail too. He must serve a 40-month sentence for developing software that faked emission results. As Mike Monteiro wrote on Ruined by Design, Liang told the judge the orders came from management. That didn’t prevent him from going to jail.

Lastly, the bystander effect creates a perceived diffusion of responsibility. This phenomenon occurs when the presence of others discourages us from intervening.

Research shows that, the more employees know about an issue, the less willing each one becomes to speak up or act. Everyone stays on the sidelines waiting for others to do something.

The ‘Theranos crisis’ is a perfect example. It could have been stopped earlier if any of the investors took a quick comparative blood test. Everyone assumed someone else corroborated that the device worked.

How to Avoid Avoidable Failure

Professor Nicholas Epley recommends starting with a well-crafted mission statement. Of course, it must be used correctly.

Senior leaders should connect any new initiatives to the mission statement. When assessing employees, managers should reward the behavior that reinforces ethical norms. And punish those that don’t.

Epley cites one experiment, where people’s mindset toward a game changed by switching its approach. 70% of participants cooperated when the name was ‘The Community Game,’ but only 30% did when it was ‘The Wall Street Game.’

Preventing avoidable failure starts by creating a safe space for people to speak up. Employees should feel safe to push back, raise their concerns, share data, or report wrongdoing.

Some managers think that looking the other way is harmless. However, every small act can poison the culture. Cutting corners can quickly become the ‘official’ way. Before everyone realizes it, things are out of hand.

None of the prominent ethical scandals happened overnight.

As Edmondson explains, “The seeds of failure were taking root for months or years, while senior management remained blissfully unaware.”

As a manager, help create a safe culture. As an employee, you have the responsibility to speak up. I know it’s hard. But remember, long-term consequences are always more painful than immediate ones.

3. Focus on principles, not rules

As professor Epley wrote, “Ethical lapses can be reduced in a culture where ethics are at the center of attention.”

What we have in mind affects our behavior. That’s why principles matter more than dumb rules. Rather than telling people what not to do, focus on the ‘why.’

Enron leadership only cared about the stock price — everyone looked the other way. Reflecting on past mistakes, its former CFO Andy Fastow said, “I knew it was wrong. But I didn’t think it was illegal. The question I should have asked is not what is the rule, but what is the principle.”

To promote an ethical culture, encourage people to ask ‘why’ before they act. What’s right is more important than what’s legal.

There’s a difference between being ambitious and greedy.

Not all businesses can continually grow at a double-digit rater. I know, the shareholders, the board of directors and CEOs don’t want to hear this.

Setting ambitious goals is okay. But putting people into a job-threatening situation will only bring out the worst. When employees can’t say no to their superiors’ wishes, they will cut every corner to fulfill them.

As Edmondson wrote, “What happened at Wells Fargo was both predictable and preventable.” Employees engaged in questionable practices to hit their sales numbers.

5. Encourage people to be authentic

When people cannot integrate their personal and professional identities, they struggle. It creates a conflict between the values they live at home and work.

Integrating our two identities — personal and professional — raises our moral standards at work. Encourage your team members to bring their entire selves to work.

Human beings are not perfect. Our nature is good, but we are capable of doing either good or bad, as I wrote here. No company culture will ever be entirely perfect.

Building an ethical culture requires purpose and design. People think in right and wrong terms. Be clear, and consistent, with what’s tolerated — and not.

As Albert Einstein said, “Relativity applies to physics, not ethics.” 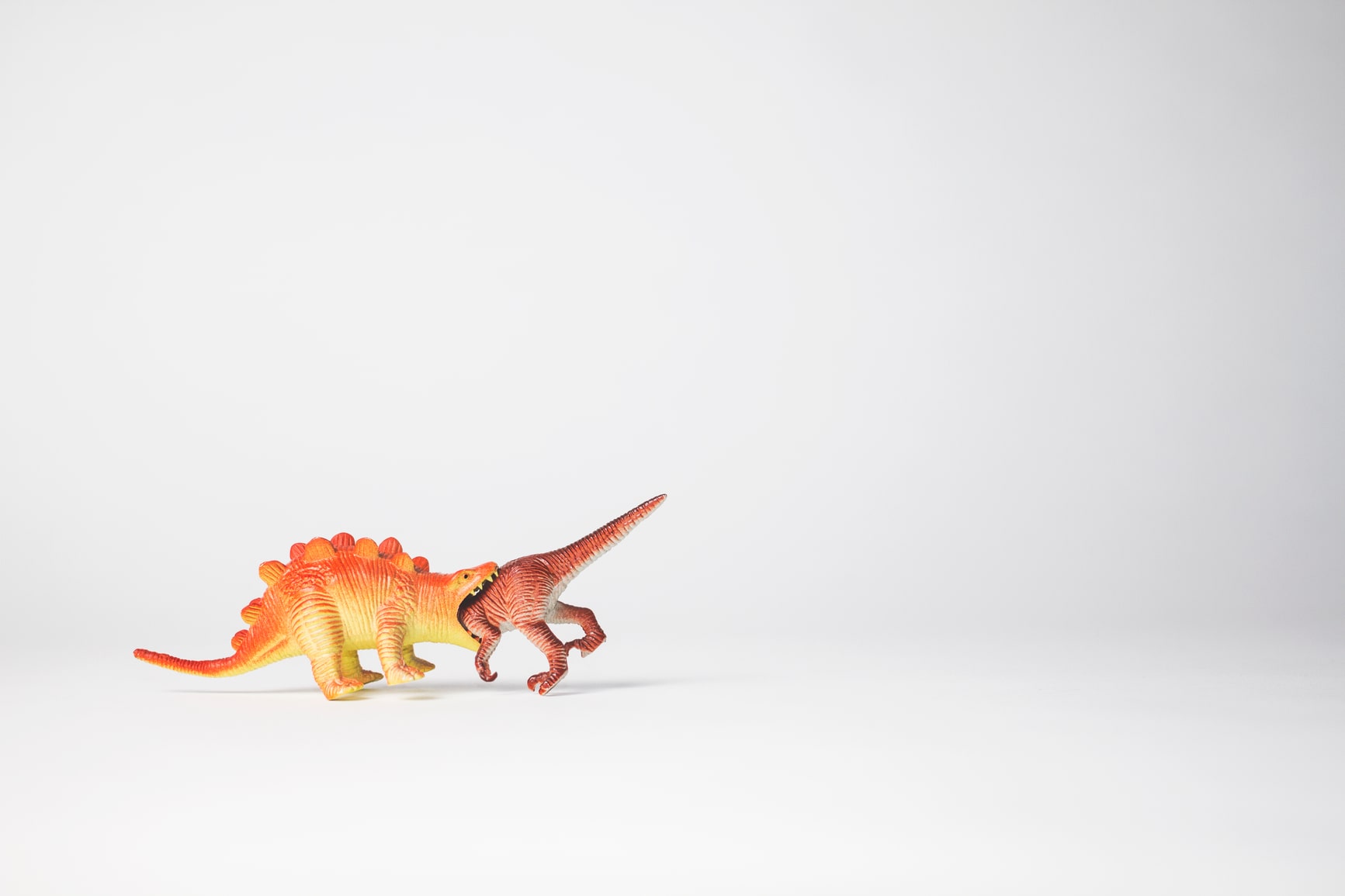 Why Great Leaders Struggle to Build a Culture of Accountability 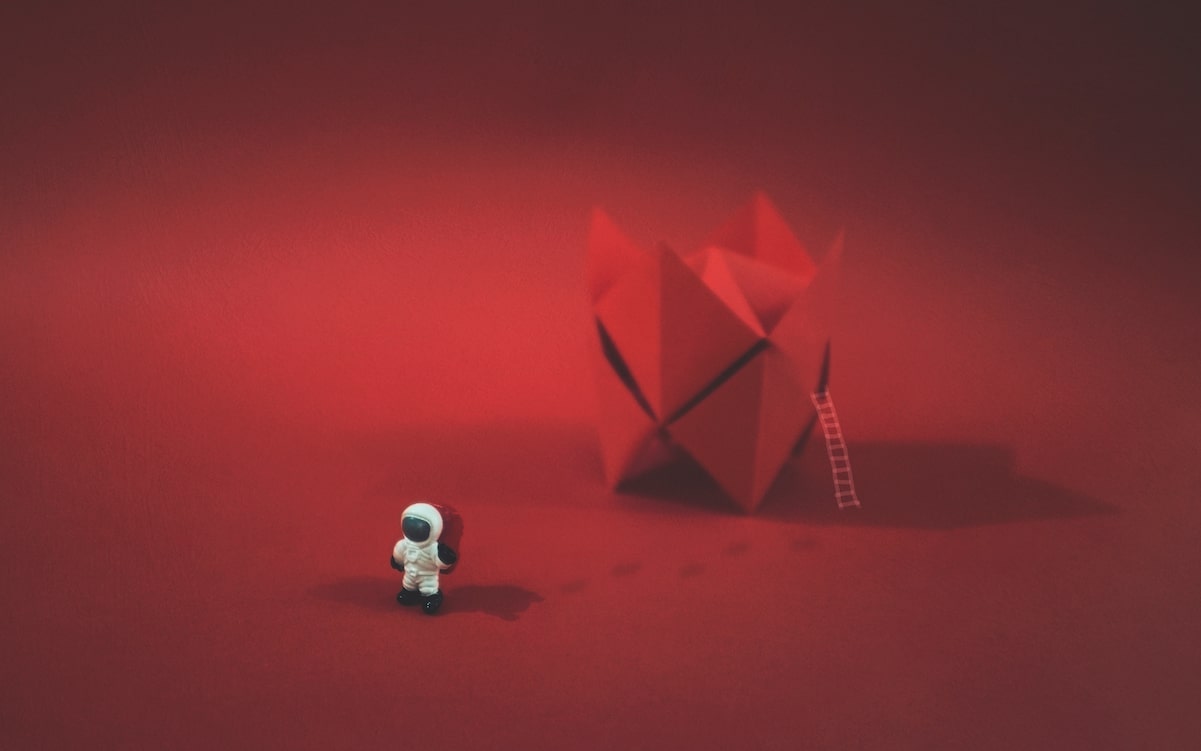 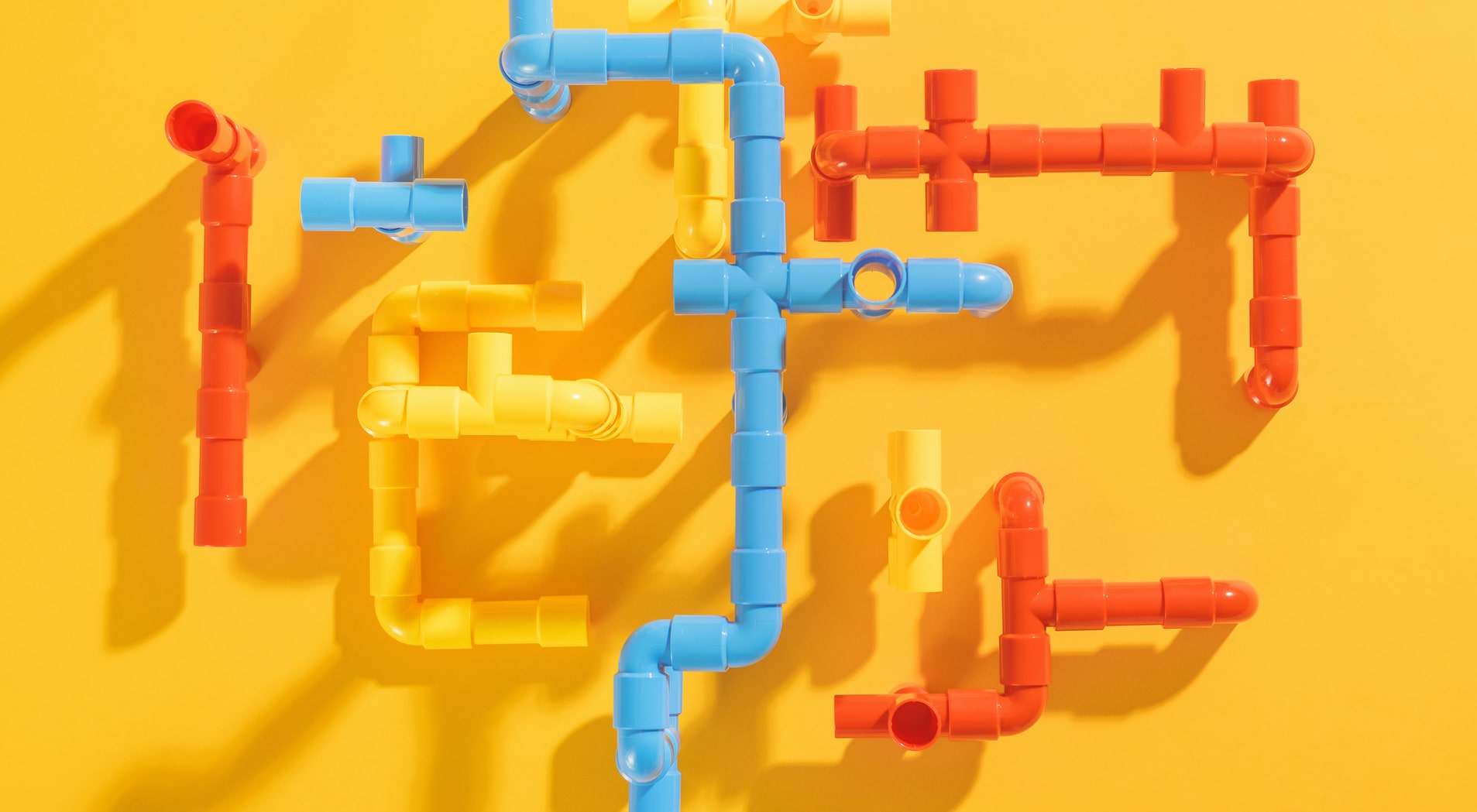 How to Manage the New Reality of Work: 5 Ways to Build a Strong Hybrid Culture