How to Design Team Rituals to Accelerate Cultural Change 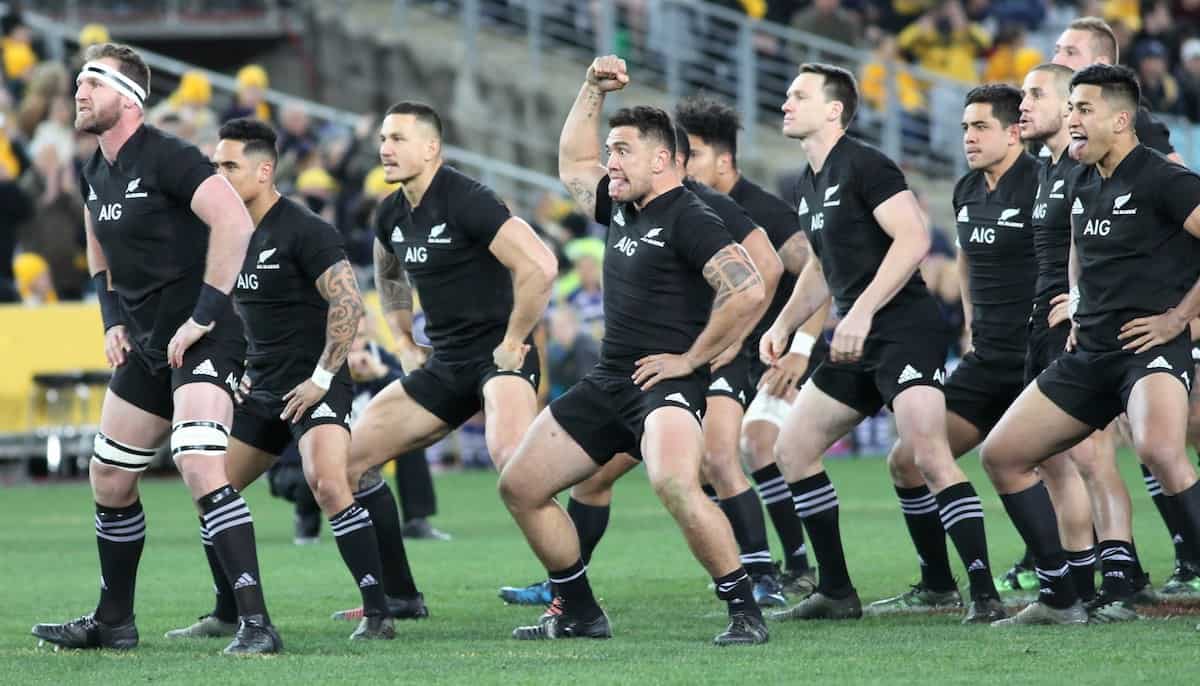 Culture is what people repeatedly do —  rituals can happen by accident or by design.

Team rituals play a vital in building strong interpersonal relationships and performance. Sport teams know this better than anyone else. For example, the All Blacks – New Zealand's national rugby team – perform the Haka, a ritual inherited from their Maori culture that is meant to intimidate their rivals before the game. As happens with most effective team rituals, you can’t separate one from the other.

However, the All Blacks have another team ritual that’s just as meaningful as the Haka, but very few people know it because this ritual happens behind closed doors. Unlike the Haka, this other ritual has nothing to do with brute force and intimidation. Hint: this other All Blacks ritual has to do with locker room tidiness.

New Zealand’s national rugby team credits its success to all their rituals, not just the Haka — a spotless dressing room also matters. The cleaning ritual that happens right after a match is designed to show thanks, build humility, and reinforce that all members are equal.

Rituals drive small and tangible improvements to any team, not just in sports.

When a behavior is repeated over time, it becomes part of the culture’s muscle memory. According to anthropologist Victor Turner, rituals have a unique power to bring people together — they give us a sense of purpose, values, and meaning.

Rituals are a powerful tool to purposefully generate change, rather than by accident.

The Power of Designing Rituals

The culture of any organization is a curious beast — it has a life of its own.

Culture is driven by both visible and invisible forces — rituals create a bridge between the two. They bring together the behaviors that management expects and what people do.

Rituals are a repeated enactment of a particular set of behaviors, scripts, and interactions — they wire our brain for success.

Research shows that rituals help us overcome negative experiences, but to also appreciate everyday things. In the workplace, they can encourage desired behaviors and build a sense of belonging.

A ritual design is meant to address behaviors that get in the way of achieving our goals. Rituals can be light or fun, but their primary purpose is to solve a real problem. By redesigning how people collaborate and interact, you move the culture forward.

As Tim Brown says, “Rituals create a constant nudging so that, over time, a culture learns to do something naturally and intuitively.”

Not all rituals are created equal. Some solve bigger problems; others address everyday issues. Rituals must be human-centered and authentic — they must create excitement, not resistance.

Designing a ritual is a fun experience that invites everyone to craft and shape culture. That’s why I use them very often when facilitating a team offsite. People become more engaged as they’re solving a team problem.

The 5 Characteristics of Successful Team Rituals

1. Every ritual need a trigger that kicks it off

It can be a regular event (at the beginning of our status meeting), a date (every Monday at 8:00 am), or driven by an external event (every time it rains, or we win a new client, or someone joins the team).

The beginning is what happens after the trigger (someone rings a bell and the team gets together), the middle is the most important piece (a human tunnel is formed and new hires have to go through), the end is the culmination and it's usually a celebration (taking a picture, toasting with the new employees, ask them to share how they feel).

Once the ritual is finished, how do we want people to feel? Ritual transform people's behavior by tapping into their emotions.

What makes rituals unique and relevant is repetition – they help change behavior one nudge at a time. Rituals can happen everyday, once a week, or every other month depending on the trigger.

5. Rituals have a deep meaning

Rituals help transform behavior – they move the team from a state (nothing feels good enough to celebrate) to an improved one (start celebrating small wins). Unlike, routines or habits, rituals have a deeper meaning because they are done more consciously and require more effort than the other two.

The Benefits of Workplace Rituals

Habits are something that we do without thinking. Rituals, on the contrary, involve our full attention and emotions — they turn ordinary tasks into something meaningful.

Intentionality is the antidote to culture by accident. Rituals that are not purposefully crafted can harm your team.

Camino Information Services gets an Angry Bird desk plush toy for every new hire. By allowing employees to pick one that fits their own personality, the software development company is encouraging people to be authentic.

Ritual design is an intentional way to organically build your organization’s culture.

The act of facilitating a ritual design session is an open invitation — anyone can contribute to the craft. It empowers everyone to speak up, be creative, and build the culture.

Being part of a ritual design creates a sense of completion. Rather than expecting senior management to create the culture, everyone — no matter the level or background — has a say on the values and behaviors they want to practice.

In my experience, it unleashes people’s curiosity. Once they get used to the method, everyone wants to start creating their own ritual toolkit.

Flipboard has a weekly tradition called “Mock O’Clock” — every Friday, the team convenes around a huge table. People are invited to share work-in-progress — everyone gets a sneak peek into new features or tools and can provide feedback to their co-workers.

Ritual design is a democratic and collaborative approach to driving change.

Well-designed rituals create an emotional connection with work — they turn tasks into something more meaningful. Rituals bring together purpose, autonomy, and mastery — the three elements of motivation 3.0.

Rituals have a compelling narrative: the beginning, middle, and end. They are well-crafted stories that move people forward. Powerful rituals are both simple and easy practices, but hold deep significance and emotional value.

A basketball coach would have his team end practice on a good note — with a shot made, not a shot missed. After a slam dunk, everyone feels energized for what’s coming next.

Ritual design is a persuasive way to move teams into action.

The key to designing effective rituals is understanding the real problem — rituals are a means to an end.

Rituals should make your team’s life easier — if you’re adding a new behavior or practice, which one will you remove?

I practice a simple ritual after facilitating a workshop or team offsite: I ask participants to share the highs and lows of the session — they can be related to the content, their own journey, etc. By putting all the highs and lows post-its together, we end with a visual image of what the team experienced.

Ritual design is a human-centered approach to address team problems.

5. Rituals are flexible and evolve

Rituals are not permanent things — don’t get stuck in a ritual. If they’re too rigid, rituals will turn into a tradition rather than a path to innovation.

The culture of an organization is fluid — it’s always evolving and adapting. The same should happen to its rituals. Iterating prevents your team from acting on autopilot.

Eatsy’s employee food program, ‘Eatsy,’ started with people gathering at a picnic table to have lunch together. Soon enough, it evolved into a deliberate twice-weekly ritual with food provided by local vendors — community is a key value for Etsy. Even the decision to provide lunch only twice a week was an intentional one — they wanted people to go out and explore local restaurants.

Ritual design is an on-going exercise.

When to Build Team Rituals

This post goes deeper into how to identify the right moment/ opportunity to create a new team ritual.

The Design A Team Ritual Canvas

At Fearless Culture, we’ve been helping teams and organizations design effective team rituals for over five years, using our proprietary tool: The Design A Team Ritual Canvas. It’s available to anyone via Creative Commons licensing.