How to Make Empathy Good for Business 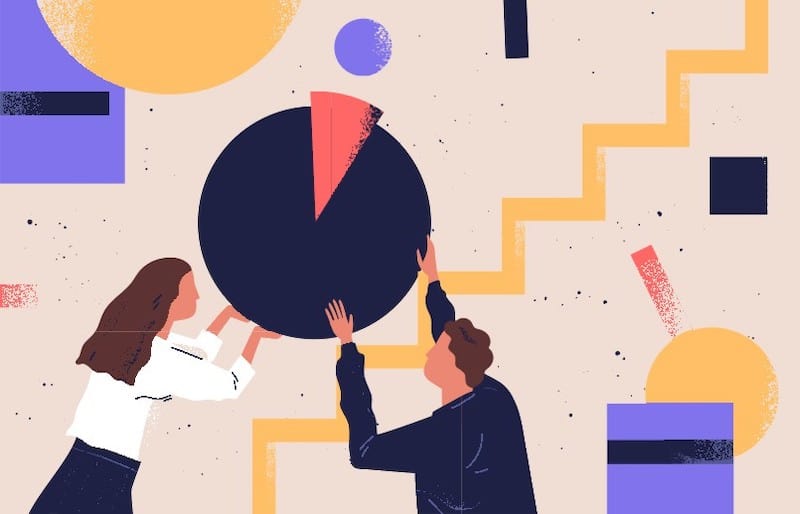 If your kids are struggling at school, would you give them up for adoption?

That’s a fundamental challenge Simon Sinek poses on his talk about how great leaders use empathy.

The author believes we are so quick to hire and fire that we can’t see people as human beings. When someone’s performance drops, instead of practicing empathy, we want to get rid of the problem. Even if the one who’s struggling is a high-performer.

Practicing empathy doesn’t mean not caring about results. But supporting people during their struggle so they can get back to their best game.

Empathy is anything but soft. It requires mental character to practice it. And the return is tangible. Empathetic companies deliver higher earnings.

According to the Global Empathy Index, the top 10 generated 50% more earnings than those ranking least.

Empathy enhances performance, according to the Workplace Empathy Monitor. It has a direct impact on employee productivity, loyalty, and engagement.

Practicing empathy is an essential leadership skill. It requires seeing people as human beings, not as resources. Here’s how successful companies practice it.

Identify with your customers’ frustrations

Frustration is the mother of conflict. We have a hard time dealing with the gap between expectations and reality.

Empathy is crucial to understand and help customers when things don’t go as planned.

No one understands this better than Southwest Airlines. After a flight was delayed for over two hours, a gate agent stepped in. He started playing games with the passengers. One was a contest for the worst driver’s license picture.

The employee couldn’t do anything about the delay. But, at least he showed that he understood people’s frustration. And tried to make their experience less painful.

Easing your customer’s pain doesn’t need training or rules. Give your team freedom to improvise and treat people like human beings.

Leadership is about setting the right conditions for people. The same person can be a high-performer or not, depending on the context.

Simon Sinek builds a strong case by sharing the story of Noah, a barista at the Four Seasons hotel. This employee is positive, friendly, and fun. And says he can be himself because he feels supported.

The Four Seasons managers continually pass by and ask Noah how he’s doing. They also want to know how to help him succeed. Unlike his other job, where managers only care that he does things the right way.

In one hotel, Noah feels supported; in the other, he stays under the radar and gets through the day. One job provides him the opportunity to perform at his best: the other, just a paycheck.

As Sinek explains, most companies fail to see past the outcome. They forget they are dealing with people.

Empathy is about allowing people to be themselves. To speak up and share their emotions. By creating a safe space, we encourage people to share the real message, not what we want to hear.

Amy Edmondson believes that not shooting the messenger is not enough. When people are providing tough feedback or sharing bad news, they are putting the company’s psychological safety to test.

As the Harvard professor said, “It’s not enough not to shoot them. You have to hug the messenger and let them know how much you need that feedback.”

Making ‘the messenger feel safe is vital for organizational growth. People will feel safe to be candid — not to say what the boss wants to hear.

Ryanair CEO Michael O’Leary used to see customers as the enemy. He believed he was always right and his customers wrong. Until infusing empathy increased the Irish airline’s net profit from €867 million t to €1.24 billion in one year.

“Who knew being nice could be so profitable,” O’Leary notoriously said. He now regrets seeing employees as lazy, and customers are wrong and need to be told so.

Empathy builds a sense of belonging

People don’t just want to be part of a team — they want to belong. We are social animals. We need to be connected to others. It makes us feel safe, more trustful, and collaborative.

Are we connected? Consciously or not, we are always asking this question. We are at ease when we feel we belong.

– Energy: people invest passion and dedication to the work the team does

– Future Orientation: the team interactions signals that collaboration and relationship will continue

As Amy Edmonson explains in Fearless Organizations, “As humans, we are very good at reading cues; we are incredibly attentive to interpersonal phenomena.” Feeling rejected by our social system is like dying.

Zappos leverages belonging cues to strengthen its culture. The online shoe retailer offers trainees a $ 2,000 bonus if they decide to quit. It draws a clear line between those who belong and those who don’t.

Many organizations adopt a humorous tone when it comes to advertising. But their treat customers in a way that’s anything but funny.

Safety instructions announcement are repetitive and dull. They address a sensitive topic in a tone that’s anything but empathetic.

Southwest Airlines decided to tweak their regular flight safety announcements. And add some humor and humanity:

“If you should get to use the life vest in a real-life situation, the vest is yours to keep.”

People loved it. Which resulted in an extra $140 million per year for the airline.

Southwest lets its employees improvise, rather than limit them with dumb corporate rules. When you treat people as humans, they will behave as such.

Not all customer frustrations are unexpected. Some can be anticipated.

That’s what H&R Block realized before tax season. Most of their US customers would be receiving less money in their 2018 tax refund (8% less on average). The tax preparation company decided to do something about it.

to its development program. Agents went through different scenarios to walk in their customer’s shoes. And to anticipate potential reactions, issues, and complaints.

As Susan Waldron, H&R Block’s director of communications said. “Imagine how it would feel if you saw a really big tax bill; you’re not used to owing any money. Let’s discuss the options that can help.”

By empathizing with its customers, H&R Block approached them as humans, not customers.

If you like to learn more about empathy, read “Why Empathy Is an Essential Leadership Skill—How to Cultivate It.”