How to Move from Fear to Fearlessness

Don’t avoid fear; dance with it. 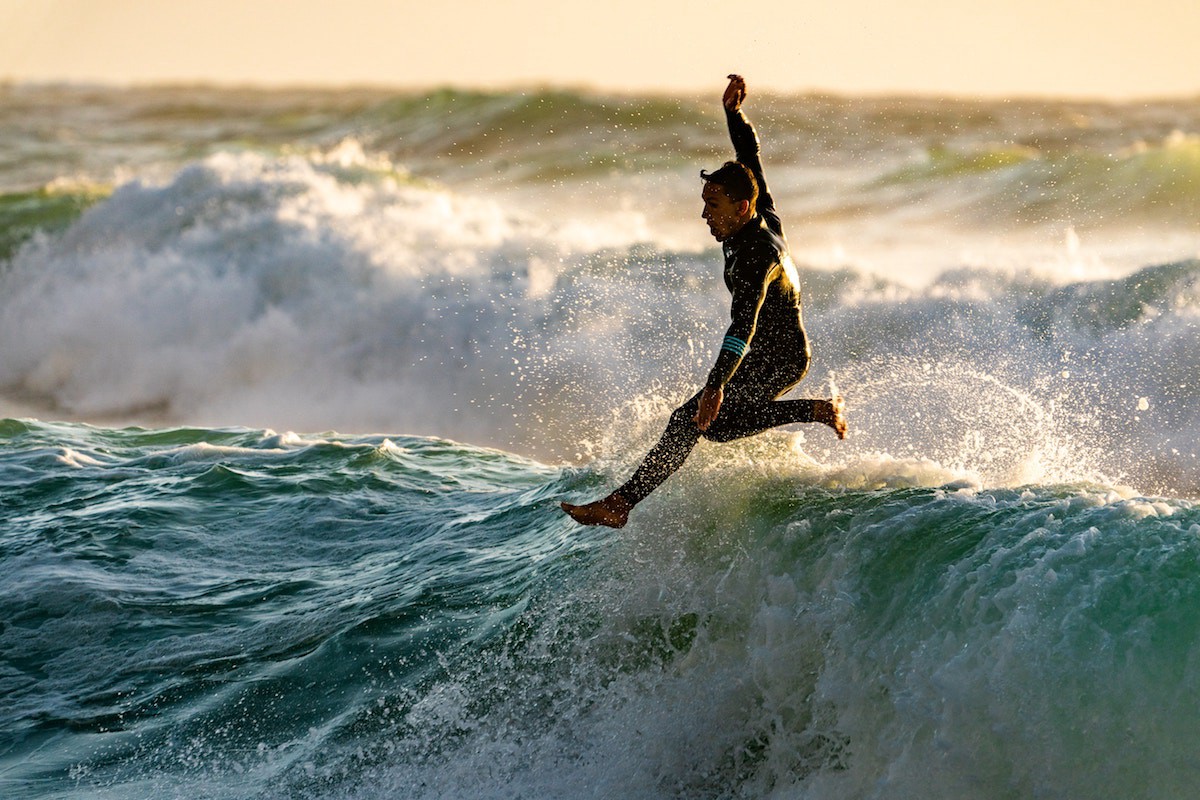 Fearless is dancing with fear

When fear looks you in the eye, what do you do?

A fierce band of thieves was riding through the countryside, bringing harm wherever they went. As they were approaching one small town, all the villagers fled except for one man.

When the bandits entered the monastery, they were surprised to see this man sitting in a perfect and relaxed posture.

The fierce leader took out his sword and said, “Don’t you know who I am? I’m the sort of person who could run you through with my sword without batting an eye?”

The monk responded, “And I am the sort of man who could be run through by a sword without batting an eye.”

It’s not that the monk was crazy or trying to make a point. Instead of fighting reality, he understood he couldn’t do much about it. The monk decided to stare back at fear.

We all fear death — that’s the mother of all fears.

“You will never do anything in this world without courage. It is the greatest quality of the mind next to honor.” — Aristotle

When we are afraid, we worry about what might happen in the future. We are so afraid of dying that we become afraid of living — we miss enjoying the here and now.

You need to be courageous, not brave. The path to fearlessness is not an act of bravery — it requires confronting our fears instead of trying to defeat them.

You Don’t Need to Be Brave

“The line between bravery and stupidity is so thin that you don’t know you’ve crossed it until you are dead.” — Anonymous

Fear is an essential human emotion.

The warrior does not ignore or deny fear but embrace it. Fear is a powerful emotion that protects us from danger and pain cause by a threat-related stimuli. In turn, our adaptive behavior cope with danger.

However, neuroscience shows that fear also has a psychological construct. Fear is anchored not only in stimuli but in our thoughts.

As Traleg Kyabgon Rinpoche explains, “There is no object of fear separate from the subject who is afraid. It varies from individual to individual. And even with the same individual, it varies from time to another.”

Fear has a bad rap — we see it as a threat that only brave people can overcome. But fear is a signal that you need to pay attention to.

Bravery is about confronting danger. Sometimes, brave people are just running away — they take the leap to avoid facing their fears. Courage, on the other hand, brings us to the issue — it’s the ability to do something that it consciously rightens you.

Courage is a noble virtue, according to Aristotle.

The Greek philosopher believed that those who do not fear to be poor (i.e., they waste their money) are not courageous and those who commit suicide to escape are behaving cowardly. Courageous people, on the other hand, are both fearful and bold — they act at the right time, in the right manner, and with the right motivation.

Bravery is about a split-second decision — you act without thinking or by external pressure. Courage requires something more profound — it takes heart.

Courage and bravery are similar, but are not the same. Courage involves the presence of fear, while bravery lacks it. Bravery is an inherent characteristic; it manifests as second nature in those who are brave — it’s in their DNA. Courage, on the other hand, is a state of mind.

Bravery could be a denial of fear; courage is rooted in a deeper understanding of the situation — you know what you are facing. It’s a result of mindfulness, like in the monk story.

For Aristotle, a virtue consisted of finding an appropriate middle ground between two extremes. As such, each virtue has not one opposite but two. Courage is the mean between cowardice and rashness.

The opposite of virtue is vice.

It’s okay and healthy to feel afraid. However, acting without acknowledging your fears (rashness) can be as harmful as running away from them (cowardice).

Fear is a signal about something that is about to happen.

Most people try to hide from fear. They run away from it by filling their lives with events, possessions, or relationships — they believe that not ‘seeing’ fear will make it go away.

However, silencing that alarm could be harmful — the more we try to ignore it, the more anxious we become. Or we miss the real danger.

Fear is a battle that takes place in your mind — mastering fear is about identifying and changing the conversation in your head.

Everyone feels fear — your cocky co-worker, your boss, or even a Navy SEAL. The monk in the Zen parable was afraid too — he simply chose to stay calm and not let the bandit conquer his mind.

Brandon Webb said: “Fear is no illusion. Fear is real. Convince yourself that it isn’t and you’re already dead.”

In this article, the former US Navy SEAL describes how the presence of fear can dry his mouth, constrict his blood vessels, make his palms sweat and more — everything shifts inside before an attack.

“This is fear,” the author reflects before imminent battle action, “And I’m about to use it.” The interior monologue plays a crucial role — it’s not the absence of fear but embracing it what helps Navy SEAL win in combat. It can help you win life’s battles too.

Fear drives self-awareness — what’s is it trying to tell you?

The act of dealing with fear is the first step towards attaining fearlessness.

“Fearlessness is the first requisite of spirituality. Cowards can never be moral.”— Mahatma Gandhi

Much of our suffering is caused by fear.

As Judith Lief wrote here: “Fear restricts our lives; it imprisons us. Fear is also a tool of oppression […] people who are hungry for power over others know that and exploit it. We can be made to do things out of fear.”

Fear drives awareness of danger but can easily become a false alarm.

That’s the problem when the danger is not real but mere speculation. Out of ignorance, we fear what we should not fear.

We are afraid of being rejected by others because we think we are inadequate.

We are afraid of speaking up — of expressing our own voice — because we believe we are not original enough.

We are afraid of failing and give up trying and stop doing what we love.

We are afraid of confronting who we really are — we avoid being still by filling the void with tasks, responsibilities, and endless thoughts.

We are afraid of being happy — the more we aim for it, the less we can enjoy life. This paradox of happiness creates our biggest fear.

The undercurrent of fear put us in a state of panic. Anxiety is emotional anticipation — speculating about potential threats paralyzes us. We can’t enjoy life.

When we suffer, we feel empty — we allow our fears to take over. There’s another way to get back on track: the Path of Fearlessness.

“True fearlessness is not the reduction of fear, but going beyond fear.” — Chögyam Trungpa

Fear can be a foe or your ally — it’s your call.

Living fearlessly is not about not being afraid, but learning to dance with fear.

Fearlessness doesn’t mean ignoring your problems with a “who cares?” mentality. Fearlessness is not about feeling invincible or turning fears into anger either.

To experience fearlessness, we need to experience fear first. Cowards don’t acknowledge the reality of their fears; they run away from them. We must stop seeing fear as a weakness or as an enemy — let’s stare back at it.

When you face your emotions, you meet the world with your heart open. Looking at fear in the eye is acknowledging our vulnerability — kindness and imperfection are essential aspects of being human.

True fearlessness is not the absence of fear but befriending fear.

It comes from working with the softness of the human heart, as Trungpa explains. The path of the warrior is a heroic transformation — you must confront all your challenges and fears before finding personal revelation.

As you conquer the unknown and overcome fear, you’ll feel transformed. Every hero’s journey has an inflection point — this revelation becomes an aha moment. A part of the hero dies, so a new one is born — fear makes way for courage, ignorance turns into enlightenment, avoidance dies so that confidence can grow.

When was the last time you sit down to look your fears in the eye? That’s what the monk did — he didn’t run away from it. Sit down and relax. Take a deep breath and notice your emotions. Do you feel stress or pain?

Capture your fears on a post-it. Afterward, read them out loud one by one. What is the sensation? Do you feel paralyzed, panic or wanting to fight back? Be compassionate; don’t judge yourself.

Accept your thoughts and emotions — invite fear to a conversation.

What are you really afraid of? Realizing that life is out of our control is one of the hardest lessons. When the fierce leader threatened the monk out of bravery; the monk was courageous and stared back.

Get back to your post-its and try to go deeper. Ask yourself: “What am I really afraid of?” Every time you uncover a new fear, ask the question again. Get past your most apparent emotions — asking this over and over will help you understand your core fears.

Don’t let emotions cloud your vision — visualize your fears, but don’t see life through them.

What is fear trying to tell you? The monk understood that regret is worse than uncertainty. That’s why he stayed. Unfortunately, our brain is wired to seek for certainty — it doesn’t like to wait and see. However, life is full of unknowns, surprises, chaos, impermanence — that’s pretty scary for most of us.

To embrace uncertainty we must develop self-awareness, creativity, and resilience — these meta-skills are essential to adapt to the unknown. They invite us to become more curious about what can happen.

Fear is an alert of a threat in the present. However, many times, there’s no such danger — it’s a creation of our imagination. Fear is a signal that you are getting closer to something you want — it’s the excitement that something great is about to happen to you.

Don’t be afraid of what you don’t know — fear is a signal; don’t turn it into a false alarm.

Befriend fear. Listen to it. What is it trying to tell you?

Be patient and kind to yourself. Master one fear at-a-time. Once you conquer one level, you can move to a more difficult one.

Don’t be afraid of feeling afraid — the path towards fearlessness is one of self-discovery. You don’t need to be brave. Just breathe.