How to Overcome Leadership Blindness: The Challenge of Seeing Differently 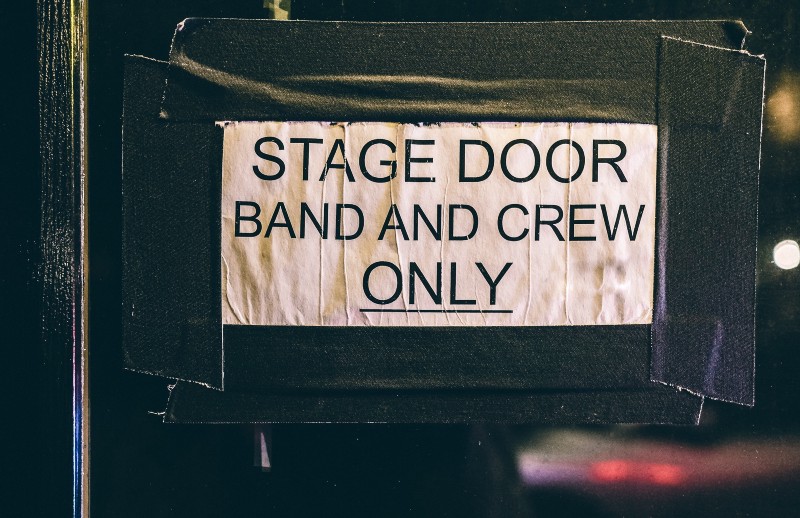 Leadership lessons from the backstage

The world of business mimics that of entertainment. Both artists and top executives have two lives. The one glamorous of success and perfection; and the other one human, vulnerable, the life behind the scenes.

“What you don’t see backstage is what really controls the show.” — Sarah Sutton

Most articles about ‘why leaders see differently’ present a Hollywoodesque version of their sharp vision. By portraying it as something that sets leaders apart from the rest, they miss the downside.

It’s precisely that superpower that can make top executives myopic or even blind them.

Let’s go behind the curtains of glorified corporate videos and business books: what really controls the show.

“Lead from the back — and let others believe they are in front.” — Nelson Mandela

I’m lucky enough to have frequent access to the backstage of several organizations. Fortune 500 or Startups. US or Foreign. I’ve learned a lot from observing leaders without makeup.

A couple of months ago I was invited to give a speech and run a couple of workshops on change leadership in Europe. As it usually happens, I was also asked to observe the preparation behind the scenes: “the leadership moment of truth.”

Though they request my presence backstage to understand the company better, the underlying reason makes it more interesting.

Many CEOs want someone they can confide behind the scenes. Sometimes I’ve realized they need more than candid feedback and expect me to take their side. But that deserves a post of its own.

Let’s visit the backstage of a large global hospitality organization.

This particular corporate event was about accelerating internal innovation. Hundreds of senior leaders across the globe came to see the new jewel in the crown. Expectations were high: this recently built hotel would set the new standard.

Did I say built? Well, that’s the first tension I noticed. The CEO kept talking as if the hotel was actually finished when the rest of the team kept referring to it as “under construction.”

We were just a small group during the rehearsal. I could feel the top executive’s frustration. “It’s ready.” — he kept saying said. “We can start planning activities. Talk to our key corporate partners. What can we do together?”

The CEO had a clear vision of his dream. For him, the almost finished construction equaled to ‘completed.’

That’s when I came with this 80%/20% formula. For many leaders, 80% completion means their dream is coming true. For most people, 20% left to be finished means there’s still a long way to go.

Leaders see differently. But not understanding others’ perspective widens the “Change Gap.”

To drive change forward requires balancing tensions and risks with the ultimate outcome successfully. Leaders avoid being distracted by the irrelevant details. They anticipate opportunities and make connections among things that seem unrelated.

Good leaders have a higher vision: they find a route to cross the forest, rather than get stuck with the first tree that gets in the way.

As it happened with the CEO of this hotel chain, leaders see their dreams alive even before they are finished.

Leaders harness the power of visualization to picture the future. “If you can dream it, you can do it.” This phrase captures the mindset of a leader that, though it was coined by a Disney employee, the organization now attributes it to Walt Disney himself.

Great leaders make their dreams contagious. Challenging people is how they get them to rally behind their vision. Like John F. Kennedy’s famous words: “This nation should commit itself to achieving the goal, before this decade is out, of landing a man on the Moon and returning him safely to the Earth.”

Life is like a movie. The storyline brings the past, present and future together. Most people get stuck in what happened, what could have happened or what’s not happening. They are at war with reality.

Leaders see the whole movie and don’t get stuck in one particular scene. They see everything in motion and act as screenwriters of their journey.

Leaders are in harmony with their environment. They realize the world is never perfect. They are continually juggling balls and keeping all of them in the air.

Visualization also helps leaders see the essence of the problem. Like the stroke of an artist, they just capture the substance.

Experts get caught in details and explanations. True leaders focus on the root cause and aim all efforts to solve the real challenge.

Removing irrelevant things from what matters is how leaders simplify reality.

But that superpower has a downsize. Leaders’ unique vision widens the change gap.

When Leaders’ Vision Get Them into Trouble

“From our myopia arose our dystopia.” — Anthony Marais

According to the “Employee engagement and organizational culture study” by TINY, half of all employees are not satisfied with their direct supervisor.

Poor communication, not being present, and lack of knowledge/ understanding are the top three reasons behind this tension.

The study shades some light on when leaders are blind to essential employee’s expectations. Or, in other words, their approach is myopic.

1. When leaders are blind to different perspectives

“When you change the way you see things, the things you look at change.” — Wayne Dyer

That a leader has clarity doesn’t mean that he/she owns the truth. Even worse, the obsession with achieving a dream can make them blind to other people’s point of views.

2. When leaders see just what others have to change

“Our worst fault is our preoccupation is with the fault of others.” — Kahil Gibran

A couple of months ago, I was helping a large firm accelerate their new vision. Their new CEO was brought a year ago and was struggling to unify the team. “They are backstabbers, don’t see each other in the eye, don’t have any accountability.” — she told me during the initial interview.

Long story short, after working with the team I realized she was right, yet with proper coaching and challenge, everyone started to acknowledge their flaws and committed to moving forward.

As change progressed, the CEO turned out to be the most significant resistance. Her “me” versus “them” approach was not helping. She wasn’t promoting a culture of transparency either. I told her it was time for her to change her behavior too.

Change is a two-way street. Think about it, what can you change yourself to promote others to change?

3. When leaders miss that dreams are full of details

We can debate for ages which one is more critical — strategy or logistics. Having a well-oiled operation without the proper vision won’t drive innovation. But when leaders don’t want to get past the details, they can get stuck in a dream.

It happened to me more than once as a former CEO. I’m very good at seeing simplicity within complexity. But by focusing too much on the bigger picture, I’ve minimized the operational difficulties that some changes initiatives demanded.

I’ve learned not to minimize operations. That’s why I keep an eye on it as a consultant now, to make sure leaders don’t fall into the same trap.

4. When leaders forget that "seeing is believing"

“Seeing is not believing, it is only seeing.” — George MacDonald

Going back to the “80%-20%” vision we discussed earlier You might tend to see the finished project. Your team will see what’s missing.

Some people require more evidence than others. And though you shouldn’t stop promoting your dream— just like my European client — don’t let your vision make you myopic.

5. When leaders only see what’s missing

“There is always an optimal value, beyond which anything is toxic, no matter what: oxygen, sleep, psychotherapy, philosophy.” — Gregory Bateson

Focusing just on the big picture can fuel intolerance, frustration or anxiety. The gap between where you want to be and where the rest of the people are causes many tensions.

I’ve been there myself many times. Being so focused on what can be improved, that I failed to acknowledge what we’ve accomplished. Or continuously feeding the gap by reminding people of “what’s still missing.”

As you might have noticed, this is a paradox. Leaders see their dreams completed but also get stuck on other’s flaws.

Also, constant improvement requires a pause from time to time. Pushing people too relentlessly can drive fear and fatigue.

What Leaders Can Learn From Seeing Differently

CEOs (and other leaders) need to be more mindful of their unique perspective. And avoid becoming myopic.

Having a sharper vision doesn’t mean that others are wrong.

Learn to switch from “big picture vision” to “detailed focus” depending on the nature of the topic or the audience you are dealing with. If you want to drive better engagement among “detail-driven” employees, change your behavior rather than expecting them to see like you see.

Don’t confuse different perspectives or the pushback with lack of commitment.

Train and coach your team to see things through a CEO’s eyes. Find a translator or a compatible code to minimize misunderstandings.

How can you push back in a way that it doesn’t seem you are becoming a distraction?

How can you embrace an 80%=100% vision without losing perspective of what still needs to be done?

How can your team bring up details without irritating the “big picture guy”?

Let go of your “glamorous life.” Embrace your human and vulnerable self when interacting with your team behind the scenes.

Seeing things differently starts with you. Look at yourself in the mirror.

What behaviors can you adjust to inspire others to change too?