How to Overcome Resistance to Change in the Workplace

Overcoming resistance to change is critical for any business. But encouraging participation is more effective than fighting resistance. 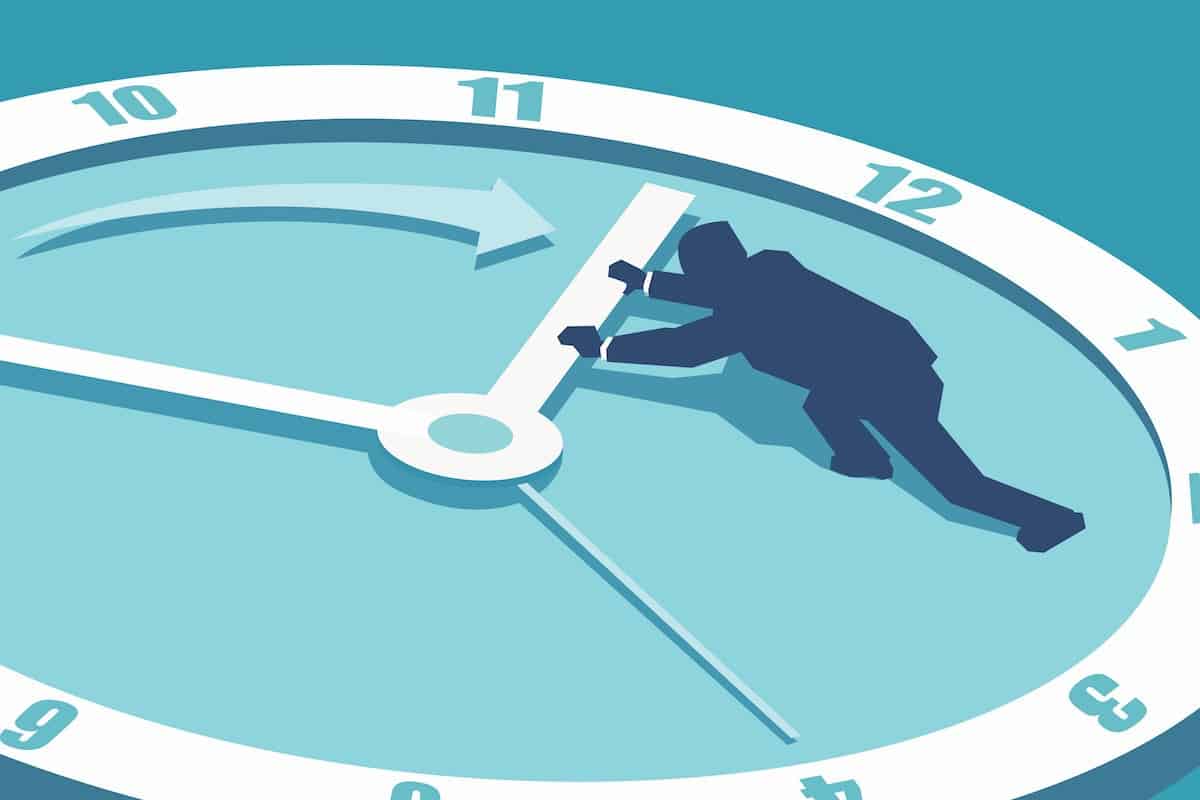 What do most organizations do when change fails? They blame people.

That’s because they operate under the belief that people resist change.

The idea that there is resistance to change ―and leaders must overcome it― turns employees into the problem.

This mental model is anything but helpful. It causes unproductive discussions and issues; we confuse people’s objections with lack of support.

What if we stop focusing on overcoming resistance and encourage participation instead?

People Do Not Resist Change, Per Se

Our mental models are so deeply-ingrained that we don’t realize it.

Between 50 and 75% of change initiatives fail. But, blaming resistance to change is a poor excuse. As Beer, Eisenstat, and Spector argue, “most change programs are guided by a theory of change that is fundamentally flawed.”

To make change stick, research shows that it has to be intentional and internally-motivated, rather than imposed from the outside.

However, most change approaches rely on coercion or manipulation.

Managers see people’s “inherent resistance to change” as the problem. They try to ‘educate’ people or to change their attitudes.

It’s not change, but poor implementation which people resist.

As Eric Dent and Susan Galloway Goldberg explain in this paper, misinterpretation and management arrogance have distorted resistance to change. We got the original concept wrong.

Kurt Lewin is credited with the notion of resistance to change. The German psychologist defined it as a systems phenomenon, not a psychological one. Resistance could occur anywhere in the system.

Several authors distorted his theory and turned resistance into a psychological issue. Zander, for example, characterized resistance as “behavior which is intended to protect an individual from the effects of real or imagined change.”

The focus on the individual as the problem turns subordinates into the culprits. All prescribed solutions are for the manager to implement. It’s their job to neutralize people’s resistance.

Most authors believe that employees can be manipulated. By withholding information or implying future benefits ―such as a raise ― companies can increase compliance.

Resistance to change has become a pejorative term. Tagging employees with it stigmatizes people. Rather than opening up, they will resist more.

What if we approach resistance as a signal, rather than an issue?

Rather than acting arrogantly, empathize with your team. Understand what’s driving resistance. Instead of blaming people, use resistance as fuel for change.

Resistance to Change Is a Signal

J.P. Kotter, in Leading Change (HBR), reported that, when organizations attempt a major change, the employees often embrace the new vision and want to make it happen.

However, there are obstacles that prevent execution.

Tony Heath suggests that we replace the word “resistance” with “objection.”

The lean six sigma consultant explains that the word “resistance” characterizes the people who don’t want to go along with our change plans. But, he argues, those people deserve more credit than that.

Leveraging his learnings as a former therapist, Heath suggests that diagnosing someone as a ‘resistor’ is pointless. It carries a burden of negative consequences for both the patient and the professional.

Labeling people doesn’t provide any practical clue of what to do either. It’s a self-fulfilling prophecy.

Resistance is a signal that can provide deep insights. There’s no need to act on defensive mode. Approach it with a learning mindset instead.

Most of the time, resistance is a symptom of a larger issue, as I wrote here.

People resist being exhausted. Change initiatives require that employees take on additional tasks that wear them out. What looks like laziness is always exhaustion.

Self-control represents the mental power we all need to focus, innovate, and keep going in spite of failure. Self-control builds the resilience necessary to drive change.

Research shows that self-control is an exhaustible resource. As cited in the book Switch, when people burn out, they can no longer control their feelings and behaviors.

Is your team overloaded? Are you establishing clear priorities?

People resist a lack of purpose. To engage employees, they must understand the ‘why’ behind change. Usually, they focus on the company’s benefits but fail to make it relevant for the employees.

As Alden Mill explains in Unstoppable Teams, people are driven by the will to survive and a desire for personal gain. But, when they override their fears about survival, they can focus on their desire to thrive.

That’s when a soul-driven desire takes over. We all aspire to be part of something greater than ourselves.

Are you connecting change initiatives with the bigger mission? How can people contribute?

People resist stupidity. Some change initiatives don’t make sense at all. Pressure from the board or the need to be perceived as innovative drives organizations to make foolish decisions

Encourage people to challenge your ideas in the same you way disagree with them. Embrace radical candor — challenge people directly while also showing that you care about them personally.

Listen to people’s objections. Do the new initiatives pass the common-sense test?

Resistance is a sign that we are stretching beyond our comfort zone.

We all struggle to do something for the first time. It takes courage, effort, and practice to develop new habits.

Here’s how to promote participation based on my research and experience helping organizations build a culture of innovation.

1. Reflect on your behavior

Change how you change rather than trying to change people.

Instead of fighting resistance, pay attention to the signal. What does resistance say about your leadership?

Employees are not the culprit. They can become your best allies and change advocates. Are you blaming people? Or are you using their feedback to increase support?

Shift your focus from overcoming resistance to designing a culture that promotes participation.

2. Build a culture of change

Focus on the context and various relationships rather than on the individual. Avoid turning resistance into something personal.

Innovation requires participation. Change can (and must) happen from anywhere in the organization. Everyone’s voice matters — create a safe space for people to speak up.

Creativity is a byproduct of Psychological Safety. High-performing teams feel safe to share their best ideas.

Also, people are fluid. We can all be resistors in one situation and change instigators in another.

3. Reframe the loss into a growth opportunity

Leaders focus on the future; employees on the past. We all suffer from loss aversion — we prefer to avoid losses over acquiring equivalent gains.

Practice empathy to understand the perceived loss. Walk in your team members’ shoes and see what’s at stake for them.

Will the anticipated change result in the loss of status? Can people become obsolete (loss of competence)? Do they fear losing a narrative that makes them feel proud?

Reframe the loss into a growth opportunity. Don’t just focus on the benefit for the overall organization. One of the most rewarding methods we coach our clients is to turn a change-driven loss into a win.

(Check out our “Reframe the loss of change” canvas).

4. Build on the positive

Most companies, schools, and families function on an unwritten rule. They focus on fixing what’s broken and let the strengths take care of themselves.

But, most organizations are not broken — they don’t need to be fixed.

Appreciative Inquiry is a radically affirmative approach to change. It recognizes the best in people rather than seeing them as enemies to overcome. AI builds on the past and present strengths, successes, and potential.

Building on the positive increases participation and engagement. People move from ‘what is’ to ‘what can be.’ They want to drive change, not resist it.

Appreciative Inquiry operates on the premise that people and organizations have things that work already — leveraging those drives sustainable change.

Turn change into an invitation. Instead of punishing resistance, encourage participation.

Make it optional for your team to be part of a change initiative. Mandatory events decrease engagement. Invitation and opt-in participation, increase interest.

Methods such as Liberating Structures, Appreciative Inquiry or OpenSpace Beta understand that smart people don’t want to be forced to change.

Rather than coercing people, they turn change into an invitation. People can decide whether or not to participate or not.

The paradox is that people’s interest increases when they are given autonomy. They want to become a change instigator. And get involved out of passion, not of coercion.

People don’t resist change, per se. They resist being told what to do or the lack of clear benefits. Connect your initiatives with a bigger purpose.

Resistance is a signal. Don’t silence it — pay attention to what your team objects to.