How to Prevent Arrogance from Knocking You Out

It’s the punch you don’t see coming that knocks you down. 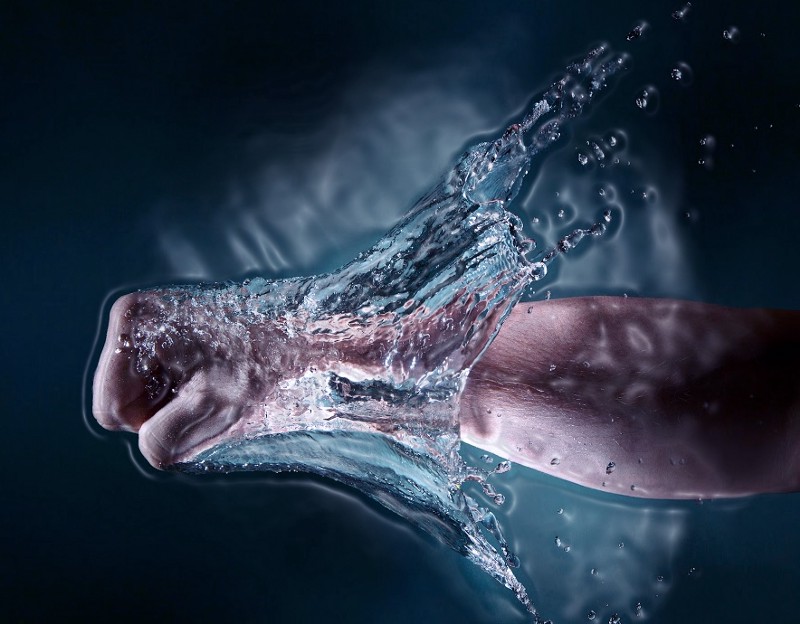 The punch you don’t see coming

Arrogance is a trait that we both reward and punish. We admire successful people because they always win no matter what. Even if they bash their competitors in the process. When the arrogant wins — no one seems to cares about what they leave behind in the dust.

”Be successful” has become our motto. You must prove that you are superior to everyone else in every moment. That’s why arrogance is rewarded — it comes with the job of winning. However, what you leave behind is not just the people you defeated — you sacrifice your integrity. We all pay a high price for our arrogance.

Our society confuses self-confidence with being arrogant — the concepts are related but are not the same.

Arrogance feeds ignorance. You become over-confident or ignore what you don’t know. Your blind spots make you easy prey. The punch that you don’t see coming is the one that knocks you out.

Arrogance: A God We All Worship

“He knows nothing, and he thinks he knows everything. That points clearly to a political career.” — George Bernard Shaw

Merriam-Webster dictionary defines “arrogant” as having or showing the insulting attitude of people who believe that they are better, smarter, or more important than others.

Ancient Greek literature uses the term “hubris,” in which people think of themselves to be of a higher status than ordinary mortals. That’s the problem with arrogant people: they expect others to treat them like a god — they want to be revered.

Arrogance is a form of manipulation — one exploits others’ perceptions of oneself to avoid self-esteem from being hurt.

The essential nature of arrogance is inherently negative. However, it has a positive aspect too. Vanity is the negative outcome and pride is the positive one.

Pride is about recognizing your own good qualities. It means you neither exaggerate your abilities nor mask your vulnerabilities.

Vanity is an excessive pride. It’s the need to continually compare to others in a way that you always look superior. You excel at uncovering other people’s flaws, but not yours.

The Power of Arrogance

“When I was a boy of 14, my father was so ignorant I could hardly stand to have the old man around. But when I got to be 21, I was astonished at how much the old man had learned in seven years.” — Mark Twain

Arrogance makes us feel powerful. We believe we are always right — it’s the others that are wrong.

Being arrogant is not an exclusive trait of those who have power or hold higher positions. Arrogance is a drug that can boost anyone’s confidence. It can make someone feels like a god if they lack self-awareness.

Arrogance reflects an interpersonal quality: the desire to overpower others. The opposite is affiliation — the desire to get along with other folks. Arrogant people are respected for their accomplishments, but not liked. Being over-confident won’t get you many friends. That’s one of the many punches arrogant people don’t see coming.

Since the arrogant cares only about winning, dealing with them can be rocky.

Research by psychologist Adam Fetterman discovered that people high on the arrogance trait are drawn to dominant-related words or images. They are on the lookout for anything that will help them get ahead. Once a situation triggers their desire for power, the arrogant will work even harder to bash its competition.

Susan Kraus Whitbourne said: “Because the arrogant values winning above all else, they’ll also be likely to enter into arguments; the highly affiliative would be more likely to seek agreement.’

As the author explains in this piece, the combination of “dark traits” — narcissism, psychopathy, and aggression — leads the arrogant to be constantly vigilant for opportunities to edge their competitors.

The Difference Between Pride and Arrogance

“You never really learn much from hearing yourself speak.” — George Clooney

Self-esteem is good. Researchers have demonstrated that boosting your self-esteem can strengthen your immune system.

There’s a thin line between, feeling good and confident, and believing that you are above everybody else.

There are two types of pride according to psychologists:

Authentic pride is when you feel confident, productive, and good about who you are.

‍Hubristic pride is when egocentrism and arrogance take over. The latter is associated with aggressive behaviors, while the first is driven by affiliation — you see others as a group you want to belong to, not your competition.

Pride can predict the chances of achieving one’s goals and mastery. But is authentic pride, not hubristic, what drives achievement, productivity, and self-worth.

That’s why our definition of success is falling to pieces. When your goals are externally-driven — rather than internally — you look for approval. You want to conquer others — either by defeating them or getting their full attention. Instead of focusing on what’s good for you, your measure of success requires gaining other’s acknowledgment.

Are You Suffering from Arrogance?

“Arrogance is trying to convince others you’re more than who they know you are.” —Bianca Frazier

Arrogance is in the eye of the beholder.

We all cross the thin line that divides pride from arrogance.

Anatole France said: “It is the certainty that they possess the truth that makes men cruel.”

The most arrogant people don’t want to listen to others. They believe that other people are not up to their level. That’s why the arrogant likes to feel right and thinks that their opponents are ignorant and worthless.

Overconfidence is driven by arrogance. It makes us ignorant — we stop seeing what we don’t know. That’s when life unexpectedly punches you and knocks you out.

Increasing self-awareness can help us avoid falling into the trap of being arrogant. Here are some signs for all of us to stay alert.

Do you have a cocky attitude?

Do you tend to interrupt people so you can share “the” truth?

Do you tend to provide unsolicited advice?

When things go wrong, do you assume your responsibility? Or do you play the blame game instead?

Do you see others as competitors or equals?

Do you use condescending words when approaching others?

When people don’t share your worldview, do you tend to dismiss them?

How to Overcome Arrogance

Lack of self-compassion drives arrogance. We tend to take ourselves too seriously, that’s why we want to look better in the eyes of others. The best antidote to overcome arrogance is to treat ourselves more kindly.

Laugh at yourself. When you can poke fun at your flaws, you let go of the need to look perfect in front of other people. You don’t need to downplay yourself either. False modesty doesn’t help. Acknowledge your weak links. Feel proud of being a “work in progress.”

Admit your errors. Owning your actions makes you free. Even if that means becoming accountable for your mistakes. When you stop blaming others, you stop pretending you are better than everyone else.

Spend time with yourself. Meditate, go for a walk, write your accomplishments in a journal, or simply take some time to appreciate your own company. When you feel good being alone, the desire to be appreciated by others diminishes. Look for your own acceptance rather than others.

Be kind to yourself. If you are over-critical about your achievements, you will never feel satisfied. Take it easy. Learn to treat yourself with respect. Avoid comparing yourself to others. Be your own benchmark. Acknowledge your progress. Don’t feel you're a failure when you fail, increase your mistake tolerance and learn from your errors.

Stop trying to be right. There’s no one truth. Every time I say this, many people get upset. They write back and say that I’m wrong, and want to impose their truth — they have “the answer,” they tell me. I don’t judge them. It just keeps me aware of not playing a game that no one wins.

Life is a journey of never-ending discovery. Take science for example. Scientists love making discoveries and prove former theories wrong — until another scientist comes and outsmart them. And the cycle goes on and on.

Pride and arrogance are related but are not the same.

When you stop taking yourself too seriously, you don’t need to use arrogance as a crutch anymore.

Stay alert on how you deal with self-pride. Don’t become a victim of a punch you didn’t see coming. Avoid arrogance from knocking you out.