How to Prioritize Life According to the Dalai Lama

The Dalai Lama has three commitments in life . His priorities shape his vision for the world (The secret lies in the order). 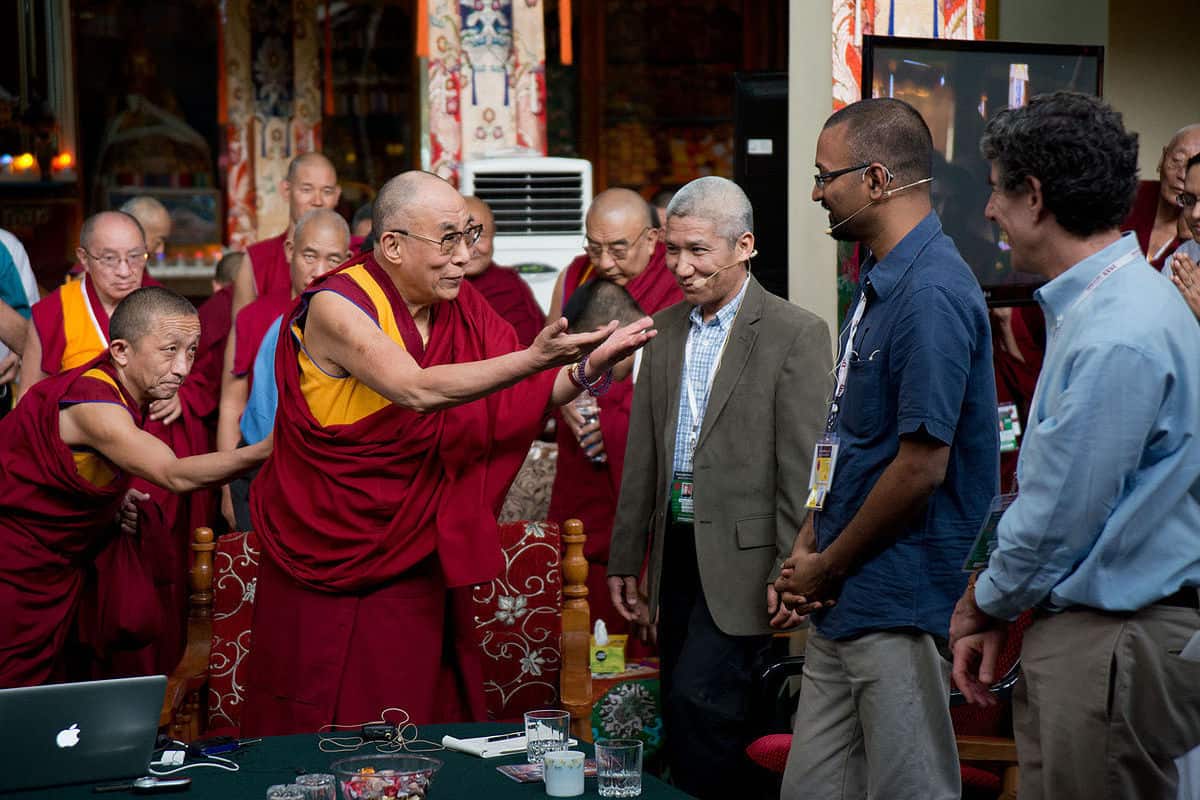 You become what you focus on — and the world too

The Dalai Lama has three commitments in life — they shape his vision for the world.

His Holiness shares those value with everyone he meets. He doesn’t want to impose his principles though.

“This is my simple religion. There is no need for temples; no need for complicated philosophy. Our own brain, our own heart is our temple; the philosophy is kindness.”

When asked about his commitments, Dalai Lama’s response couldn’t be wiser. It’s not surprising, but it makes a lot of sense. The secret lies in the order.

How Dalai Lama prioritizes his life should guide our decisions and choices.

What are your commitments in life?

His first commitment is the promotion of human values such as compassion, forgiveness, tolerance, and self-discipline. Dalai Lama is committed to promoting essential values that will make us happier.

Secondly, he is committed to promoting religious harmony — respect and understanding among different creeds. His holiness wants people to acknowledge that, despite differences, all religions share one purpose: to create better human beings.

Thirdly, the Dalai Lama commits to the Tibetan cause. As the leader of his nation, he is the most visible spokesperson of the Tibetans in their struggle for justice.

The latter is dependent on an external event — it can end once China and Tibet reach a solution. However, the other two are lifetime responsibilities — “I will carry on till my last breath,” the Tibetan leader explains.

The Dalai Lama is concerned with encouraging people to be happy. He is committed to seeking harmony among the various religions. His holiness is also committed to preserving Tibetan language and culture.

But, the order of his commitments is anything but random.

We are living in a divided era — influential leaders rule by tapping into nationalism, separatism, and selfish interests. Rather than building a better society, they only care about theirs.

In a self-centered world, it’s unusual for someone to suggest that we should put our personal interests last, not first.

Dalai Lama’s priorities provide a wise vision for the world. He believes that making all human beings happy is more important than any religion or country.

“My motivation is directed towards all sentient beings.” — Dalai Lama

Rather than putting ourselves first, we should prioritize making humanity great again.

The Pursuit of Happiness

The purpose of life is to be happy. From the moment we are born, we all want to pursue happiness and avoid suffering.

The sources of happiness and suffering can be divided into two categories: mental and physical. The mind, of course, plays a more significant role. If we are healthy, we tend to ignore our body. However, our mind can distort our feeling and emotions.

Happiness doesn’t depend on what we have or achieve, but how we see reality.

Peace of mind is not something we can acquire but develop. True happiness is selfless — the more we make it about us, the more we suffer. Instead of pursuing happiness in external things, we must train ourselves to appreciate life as a whole.

True happiness means taking care of others, not just ourselves.

“From my own limited experience, I have found that the greatest degree of inner tranquility comes from the development of love and compassion.” — Dalai Lama

The more we care for the happiness of others, the more our mind becomes at ease. Cultivating a close, warm-hearted feeling for others improves our sense of well-being. It’s the ultimate source of success in life, according to the Tibetan leader.

We must realize that it’s not just us, but everyone else too, that faces suffering daily. Acknowledging this makes us more determined and resilient — obstacles become growth opportunities.

Love and compassion lie at the very foundation of being human.

We need love, and others need our love too. Dalai Lama defines compassion and love as “positive thoughts and feelings that give rise to such essential things in life as hope or courage.”

Merely thinking that compassion is important, is not enough. We must work every day to cultivate compassion without attachment. It requires building a Teflon mind.

When we only think about our priorities, we become anxious and worried. Being self-centered is expecting the world to revolve around us. We care about being special rather than making others feeling great.

Attachment is the enemy of true love and compassion. Many times, love is based on one’s emotional needs, not on the other person’s. It happens with parents and couples. The love between partners — especially in the beginning — depends more on necessity than true love.

The relationships that last only a short time usually depend on emotional attachment. They are a projection based on expectations, not on compassion. We create an exaggerated version of others. True love is accepting someone’s flaws, not falling in love with an idealized image.

Genuine compassion is a lifetime commitment.

As the Dalai Lama explains, “A truly compassionate attitude toward others does not change even if they behave negatively.” It’s not a projection. It’s based on the needs of the other — we develop a genuine concern for their needs.

The World Is a System — We Are Just a Piece

We can’t survive or thrive without cooperation.

Interdependence is a fundamental law of nature. Thanks to human arrogance and selfishness, one million species may be extinct in the next few years. It can create severe consequences for us as well as other creatures on Earth.

As Sandra Díaz, one of the co-chairs of the Global Assessment Report, explains, “The evidence is crystal clear: Nature is in trouble. Therefore we are in trouble.”

A system needs all its parts to function correctly.

Our society has made significant progress in the past 2–3 centuries — and not just the developed countries. Multiple statistics show that life expectancy has risen, child mortality has dropped, and more people are living in democracies.

However, the pressure of our way of living increases stress, anxiety, and loneliness. We are usually complaining — rather than appreciating others, we focus on what’s broken or creates discomfort. Even the Dalai Lama finds himself complaining from time to time.

As he writes on New Ethic for a Small Planet, by giving too much attention to the external, material aspects of life we are neglecting moral ethics and inner values.

“Our inner lives are something we ignore at our own peril, and many of the greatest problems we face in today’s world are the result of such neglect.” — Dalai Lama

True interdependence requires compassion. We must care for other people’s well-being. This is the spiritual principle that makes all positive inner values grow.

We have a natural predisposition to act beautifully, as Aristotle described the rightness of human behavior. Dalai Lama is also confident about our ability to be compassionate. But, he doesn’t want to dictate moral values.

In his own words, “To try to impose moral principles from outside, to impose them, as it were, by command, can never be effective. Instead, I call for each of us to come to our own understanding of the importance of inner values.”

Religions are not enough — even though they promote intrinsic values. Indeed they have helped millions of people in the past. But, most individuals don’t follow any creed at all. Also, ethics based on any one religion would only appeal to some of us.

This doesn’t mean giving up one’s religion at all. But, to find a solution that goes beyond.

The Dalai Lama believes that just as we teach physical hygiene, we now need to teach about emotional hygiene. The same way we acquire proficiency in academic subjects, we must learn to develop inner values such as love, compassion, justice, and forgiveness.

Compassion is the key to bring happiness to the world — it should be everyone’s number one priority.

Dalai Lama’s commitments bring purpose to our lives. We become what we focus on.

Let’s help everyone to be happy, not just ourselves. Being compassionate is not easy though. We must learn to care for everyone, not only those who think like us.

We are just temporary guests on this planet. What are you doing to leave the world in better condition?