How to Solve Conflict Productively at Work

The best way to solve conflict at work is not avoiding it, but addressing conflict head on. 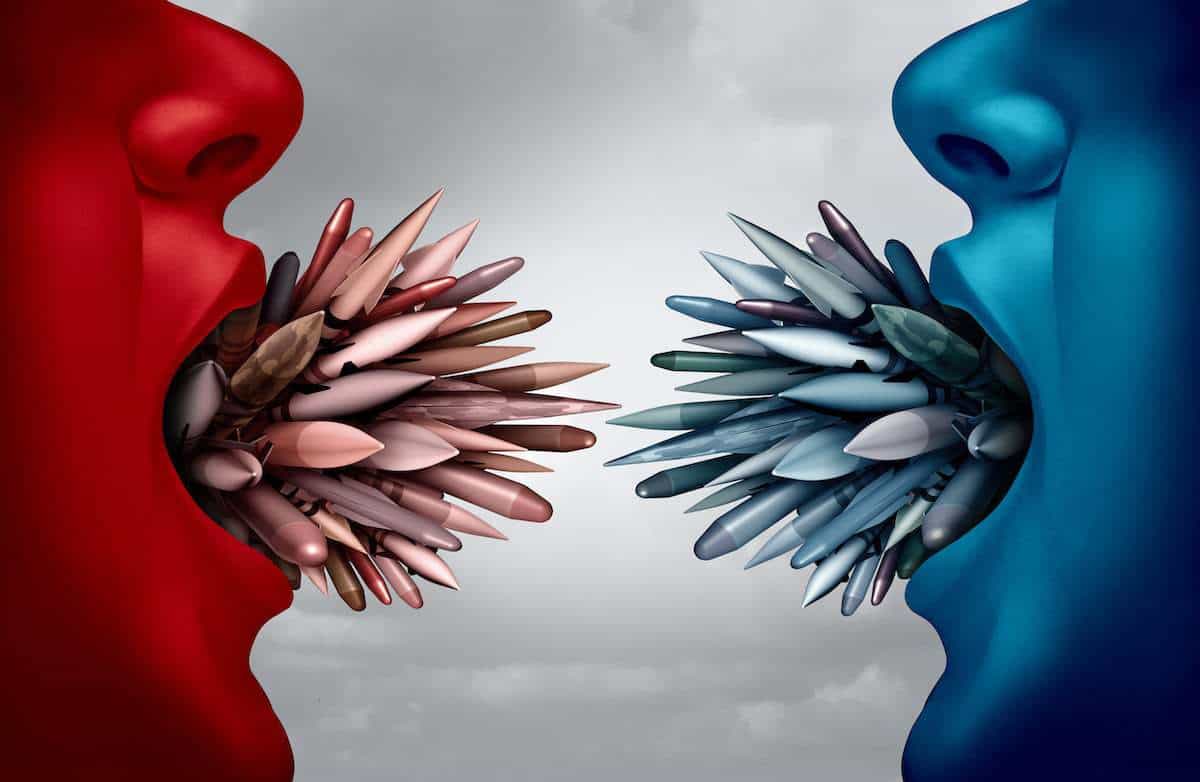 Seven strategies to turn tensions into fuel for growth

“Conflict is the beginning of consciousness.” ––M. Esther Harding

Tensions are a source of personal and organizational growth. Conflict is neither good or bad.  If managed poorly, it can deteriorate the culture and collaboration.

Unfortunately, most organizations and leaders see conflict as a bad thing. They have an idealized version of collaboration. And expect people always to get along and agree on everything.

A practical approach to addressing conflict is adhering to the following ethos:

You can try to avoid conflict, but you cannot escape conflict. Tensions are unavoidable.

Arguing is an excellent thing if you and your team can do it in a healthy way. Great leaders confront, rather than avoid conflict. They turn tensions into fuel for growth.

The balance between appreciation and challenge

Silence is the enemy of collaboration.

85% of people have failed to raise an issue with their boss even if that would harm the organization.

How can your team grow if you don’t share your genuine opinions? How can your company innovate if your colleagues keep their best ideas to themselves?

Managing diverse perspectives, tensions, and disagreements is not easy. But silence causes more harm in the long run.

Practice Radical Candor instead. Find the sweet spot between caring about your colleagues and challenging them.

Caring too much about your team can be harmful. People need to be challenged also. Your role as a leader is to help people grow. Just appreciating the good could be as detrimental as not caring at all.

Radical Candor means saying what you really think while also caring about the person.

As Kim Scott explains in Radical Candor, how we manage conflict can be broken down on a grid. One axis is Challenge Directly, and the other is Care Personally.

Most people fail to provide Radical Candor when they fall into one of the following quadrants.

Obnoxious Aggression happens when you challenge someone but don’t care. It’s praise that’s not sincere or criticism that isn’t delivered kindly. Aggression fuels defensiveness. Feedback feels like torture, not a gift.

Ruinous Empathy happens when you want to be nice and don’t challenge people. You provide unspecific praise or sugarcoat the feedback. Ruinous Empathy feeds ignorance. It doesn’t provide people with clear insights to improve their game.

Radical Candor is the sweet spot. You help people grow in a positive, caring way. It means pushing others beyond their comfort zone without being disrespectful. You solve tensions in a healthy way.

“Never have a battle of wits with an unarmed person.” ––Mark Twain

1. Turn arguing into a natural practice

Teamwork is a contact sport. Friction creates energy that can propel your team forward. Train your people to build a practice of arguing in a healthy way.

2. Build a culture of trust and respect

Radical Candor is not about saying everything that comes to mind. It’s about being helpful but also respectful.

Start by setting clear ground rules for dissent. Don’t assume respect means the same for everyone. Include your team in creating the framework. Make it clear and public.

No name calling or personal attacks. There is no winner but the team.

Be ready to show some vulnerability. Leaders expect people to challenge each other but have a hard time accepting criticism themselves.

Be patient. It takes time to find balance–especially if your team usually plays too nice.

Most conflict is built on miscommunication and misunderstanding. People assume things or let emotions filter their judgment.

Practice separating real tensions from perceived ones. Which are the real, objective problems? And what are we creating?

Also, avoid anticipation. Most teams worry about what might happen in the future. Don’t get stuck on future tensions. They might happen or not.

4. Focus on the task, not on the person.

Conflict becomes a war when we make it personal. Most people can’t separate the ideas from the person.

Encourage a spirit of curiosity. Focus the debate on the idea, task, or project. Avoid making it –or taking it–personally. Keep the discussion about facts, logics, and events–not people.

Train your team to separate their identities from their points of views. That someone doesn’t like their ideas, doesn’t mean they are attacking them.

Give people the benefit of the doubt. Remember WikiPedia’s rule: “Assume good faith.”

Cognitive biases come in many forms and shapes. They blind our perspective and makes us feel overconfident. We want to repeat our past successes.

Usually, people get stuck trying to be right. Discussions are not meant to find the best solution. They just want to win an argument.

Intellectual humility turns people into better leaders. They don’t let their ego blind their judgment. And feel okay with saying “I was wrong.”

Reward people for making progress, not for being right.

Solving tensions is not about wining an argument but finding the best answer to a problem. It takes wisdom to integrate opposing views.

7. Hit me with your best shot

Start by asking your team to criticize you. Ask for feedback. Prove you can take criticism before you start dishing it out. Embrace your discomfort so people would embrace theirs.

Kim Scott suggests not letting anyone off the hook. If they don’t say much, push back. It will take time for people to feel comfortable criticizing you. Pay close attention to silence.

Soliciting feedback is an ongoing practice. Start small. Use casual meetings to ignite the conversation. Try kicking off a meeting by asking, “What’s not working?” and “What’s working?”

Most people were taught to stay silent when they don’t have anything nice to say. Conflict is not about being harsh either but feeling comfortable with addressing tensions. You can only solve a problem that is made public.

Tensions are fuel for growth. There’s no perfect way to avoid conflict. But avoidance only make things worse.

The key to solving tensions is addressing them head-on. Model the behavior. Prove you can take criticism first before you encourage other to be radically candid.

As Pat Benatar wrote, “Hit me with your best shot. Fire away.”