If You Can See It Every Day, You'll Be Extremely Successful

Seeing is believing. Visualize what you want and go an get it. 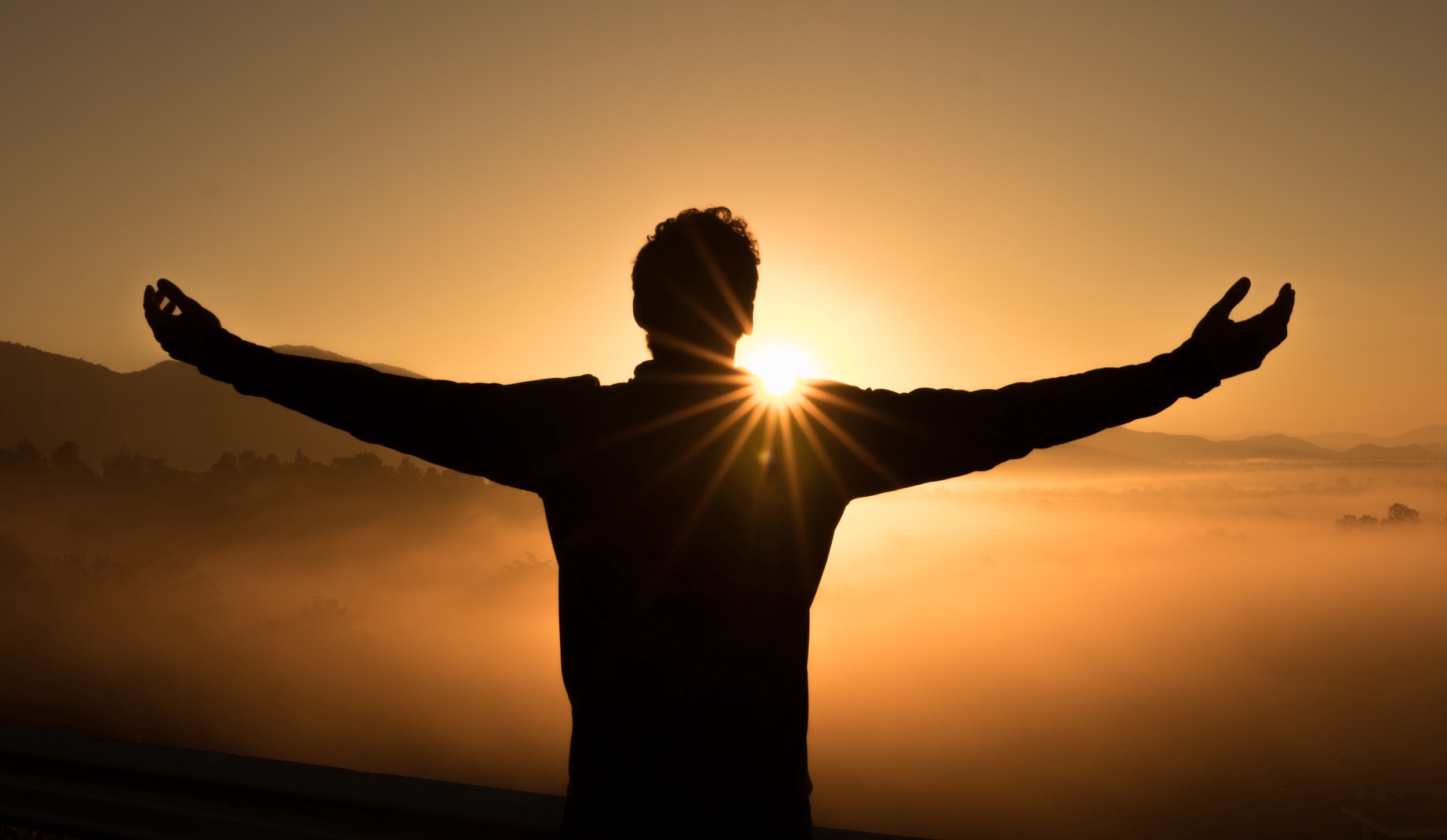 The Power of Visualizing Your Goals

Seeing is believing. Life’s greatest moments have a distinct feeling of déjà vu.

You feel you’ve been there before — it’s like a movie you’ve watched over and over.

“Visualization is daydreaming with a purpose.” — Bo Bennett

Visualization is a powerful tool — training the mind in advance increases your performance when the real moment comes. That strange sense of familiarity boosts self-confidence. You just have to go with the flow.

You can accomplish anything you dream. But, first, you have to visualize what you want.

The Power of Seeing What You Want

Mental practice gets us closer to where we want in life. Imagine yourself finishing your first triathlon, acing that job interview, or dramatically honing your skills.

Over the past three decades, visualization has become commonplace in professional sports. However, mental rehearsal can help you achieve your goals in other aspects of your life too.

Dreaming gives oxygen to the mind — it boosts energy levels, increases your endurance, and helps you bounce back.

Visualization is connecting with your visual desire.

World Champion golfer, Jack Nicklaus said: “I never hit a shot, not even in practice, without having a very sharp in-focus picture of it in my head.”

Visualization is the practice of creating vivid and desirable images in your mind. “Seeing is believing” is more than just a motivational phrase — visualization is a proven and effective method.

Seeing what you want creates more than motivation — practicing visualization can help build muscles as studies among athletes shows. You can gain physical strength by just using your mind.

To simulate and recreate visual perception, you can have your eyes open or closed. Either way will help you enjoy a journey where you will observe, inspect, and transform what you see.

The benefits of visualization:

Turn Winning into a Natural Extension

“To bring anything into your life, imagine that it’s already there.” — Richard Bach

Visualization creates clarity — when you know what you want it’s easier to go after it.

Athletes use visualization to focus on winning. Imagining themselves climbing the podium convince them that they can do it. However, visualization it’s not just about the end goal; you can use for preparation as well.

Michael Phelps is not just the best swimmer ever. With 23 gold medals and 28 overall, he is the most decorated athlete in Olympic history. His coach Bob Bowman included mental imagery as part of Phelps’ training.

Your brain has the same activity when you visualize yourself doing something as it does when you are physically performing that action.

Bowman trained Phelps to watch a ‘mental recording’ of his races before he went to sleep and when he woke up. The swimmer would focus on seeing every detail of what a successful race would look like.

From start to finish he wasn’t just learning by observing his performance from a distance — he was turning high-peak performance into something familiar.

In Bob Bowman words: “Imagery was best to concentrate on these tiny moments of success and build them into mental triggers. His habits had taken over. The actual race was just another step in a pattern that started earlier that day and was nothing but victories. Winning became a natural extension.”

Visualization is a tool that unleashes great performance — you don’t need to be an athlete to stay on top of your game mentally.

Jim Carrey was struggling to get by as an actor, back in the early 90’s.

He decided to write himself a check for $10 million for ‘acting services rendered and kept it in his wallet as a visual memory. A few years later, landing a leading role in the Dumb and Dumber movie would turn that image into reality.

Carrey got paid exactly the amount of money he visualized.

Your brain doesn’t differentiate between a real memory and an imagined one.

Brain studies show that your thoughts can produce the same mental instructions as actions.

Imagining your ‘dreams’ vividly and with conviction changes your brain chemistry as you were actually experiencing it — your mind records the image as a real memory.

We are afraid of unfamiliar things — mental imagery turns unknowns into something familiar.

“When I get there, I’ve already pictured what’s going to happen a million times,” said swimmer and five-time Olympic gold medalist Missy Franklin.

Mentally recording what you want helps you overcome your fears and more. Visualization impacts many cognitive processes in the brain: attention, perception, motor control, planning, and memory.

Memory and imagination are the two sides of the same coin.

Research has revealed striking similarities between remembering the past or simulating the future. A common brain network underlies both memory and imagination.

Mental rehearsal is an important component of preparing yourself to succeed in any field. Though the visual element is the most vivid one, you have to engage all your senses.

Sports psychologists encourage athletes to imagine the action but also the surrounding sounds, tastes, and smells.

I’ve used visualization effectively throughout my life with great success.

Visualization is not a miraculous tool though; neither an easy one. It requires training, steadfast determination, and daily practice — extreme focus is what turn seeing into believing. It prepares a fertile ground, but you have to do the work afterward.

Like any habit, you need to practice it until you make it.

Visualize Your Better Yourself

“Visualize and create your own reality and the universe will simply reflect back to you.” — Amit Ray

Start by understanding why you want to use the power of mental imagery.

Here are the five most significant uses of visualization

Accomplish what you want by focusing on your dream. Make your visualization as real as you can. Focus on what you want to achieve. Feel the excitement of successfully achieving your goal.

Pay particular attention to every detail. Add movement if needed. Incorporate your five senses. How does success look, feel, smell, taste, and sound like?

Visualizing your future self is an effective way to see where you want to be 1, 5, 10, and 20 years from now.

This exercise not only connects you to future success; it boosts your confidence to make it happen. The visualization includes asking your future-self, how you were able to overcome the obstacles to get where you wanted.

Mental practice can be as effective to improve any skill as real-life practice, as research shows. Seeing yourself into action helps build a healthy routine — time spend in visualization helps adopt positive habits.

The reticular activating system (RAS) is a network of neurons that helps your brain focus — it filters what you should pay attention to (or not). Visualization programs your RAS to prioritize the emotions, beliefs, and behaviors that will help you improve the skills you’ve chosen.

Repeating an affirmation several times a day maximizes the impact of visual practice.

An affirmation is a statement that evokes the feeling of already having what you want. E.g., “I’m happily enjoying dinner with my friends celebrating my new book launch.” Improving your writing allowed you to get a publishing deal.

Our beliefs and thoughts are like a tainted lens, as I wrote here — they cloud how we see reality.

Visualization can help you eliminate impure perceptions. It’s not that your mind is polluted — it means to stop looking at life through the lenses of desire, jealousy, pride, ignorance, and aggression.

Everything we perceive is colored by a combination of any of those five emotions. We filter and label events accordingly — triggering fight-or-flight reactions. Mental imagery creates awareness of how we alter reality through our emotions and thoughts.

Visualization exercises trigger responses from the autonomic nervous system — the primary mechanism in control of the fight-or-flight response. It helps you move from a reacting to an accepting mode.

Visualization is a powerful way also to developing new ideas. It’s like having a brainstorming with oneself.

A blank page is intimidating. Closing your eyes can shift your focus from emptiness to possibilities. Doodling is another way to boost your imagination — it’s a creative launch pad.

Playing with your mind lets your imagination flow. Visualize one person. Change the shape, height, age, color of the hair. By transforming a person or an object, you regain control of your creativity — you realize your mind has no limits.

I practice visualization early in the morning, as soon as I wake up. When our mind is still resting, creative juices to flow more freely than we are fully awake.

Visualization is also a powerful mindfulness tool. It’s actually an easier alternative to meditation — focusing on a specific image feels less threatening than confronting all our thoughts at once.

By focusing on one visual experience, you can put other distractions aside. Guided visualizations are an effective way of watching the stories you tell yourself about yourself. If mental images turn negative, you can pause, rewind and start again.

Through regular visualization practice, same as meditation, you gain access to your inner-self.

Visualization prepares your mind for action, way before the action happens.

Mental rehearsal boots your confidence. You not only become familiar with the behavior but also with the feeling of being there — the sense of déjà vu helps you go with the flow.

You don’t have to worry about the outcome of something that you already accomplished.