Being an entrepreneur has never been sexier. Yet, there’s a debate about whether startups deserve their glamorous status, or not. 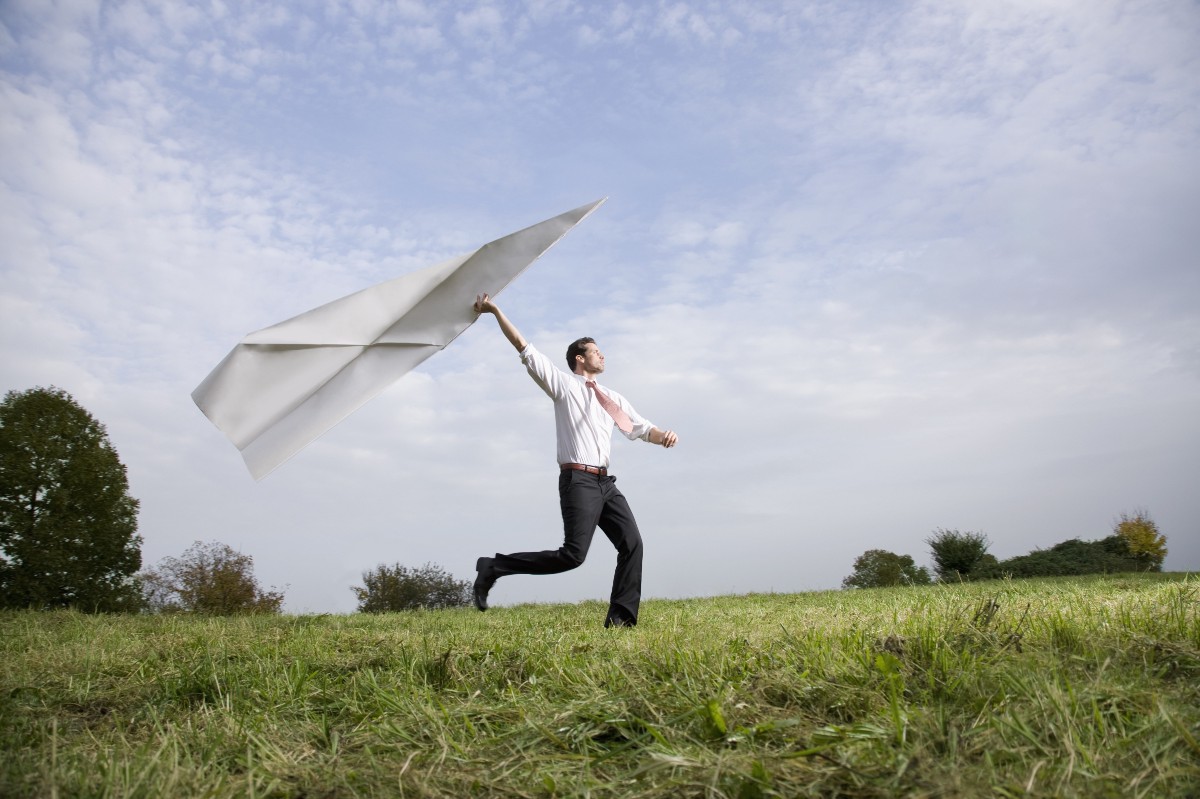 Starting something new, being your own boss, changing the world and, yes, making money. Being an entrepreneur has never been sexier. Yet, there’s a debate about whether startups deserve their glamorous status and if it’s really mature companies that actually push the economy forward.

My point is simpler: What makes some companies more successful than others is not their startup status but having a startup behavior. To be hungry for continuous growth, quick to move from planning to action, fearless in experimenting and genuine enough to want to change the world.

I’m always looking for inspiration from multiple industries. Working and partnering with the startup community has influenced the way I operate. Here are some lessons.

“I sleep like a baby. When I put my head on the pillow I immediately fall asleep. Then I wake up every ten minutes, crying” – A startup CEO

Being a change agent, either as an entrepreneur or within a large corporation, is not easy. Change always gets a lot of supporters -once it’s already happened. Promoting change creates resistance more often than not. And that’s a lonely ride. Entrepreneurs are used to solving things on their own. Next time something goes wrong, instead of asking your boss for help, it’s up to you to make it better.

“You know things can be much better, but you don’t have certainty, you simply have to trust your conviction and jump with both feet.”- says John Wellehan, managing director at Good Food business accelerator, referring to dealing with unexpected crisis- “Passion will carry you through when you suffer the pain”.

To start something new requires embracing uncertainty. Agility is not just a fancy word: it’s a mantra to prioritize action over certainty.

2. Rejection is not the end but a new beginning

“Those who reject you are not your enemies”

Rejection only hurts until the next morning. My motto is to suffer as deeply as possible so I can suffer briefly. Feeling beaten and leaving the office with a sense of failure is not bad. The next morning, I use that energy to bounce back, and be back on my feet again. “Those who reject you are not your enemies.” Shane Christensen, a serial entrepreneur, believes. “They might not want to support your idea but their input is super valuable. Use it”. He jokes about taking rejection so personally that he actually keeps a list of those who rejected his ideas. All kidding aside, it’s his really unreasonable attitude –as well as thick skin- that helps him move forward.

Failure is a pivot, not the end. Paypal was originally envisioned as a cryptography company, and then later as a means of transmitting money via PDAs. Only after several years of trial and error it became the online payment service that it is today. Podcasting Odeo’s future vanished suddenly after iTunes was released. Several iterations later, the company launched a microblogging platform under a now familiar name: Twitter.

Use feedback to iterate. If your idea didn’t connect with someone in particular, maybe you’re talking to the wrong audience. Or maybe your idea is not there yet. Go back and make changes. Don’t give in too easily, though. But when the time comes to let go of an idea, be courageous enough to start all over again.

3. Fall in love with solving a problem, not with a solution

Ideas are like good intentions, everyone is full of them, but that doesn’t guarantee success. Avoid falling in love with an idea, discard those that neither are feasible nor can create a real impact.

Are you solving a real problem? Is your idea a real solution to an existing problem? Is that idea the best and simplest way to solve that problem? Can you make it better?

Who can bulletproof your idea? Talk to scientists, lawyers, landscapers, homeless, nurses, etc. Talk to real people, not to your friends. See how they react. If the idea is good enough, the help you need will come your way.

Do you have a good idea in front of you? That’s a tricky question. Anyone can miss a great idea. Mark Cuban said that not investing in Uber was probably his worst mistake.

After validating your ideas with different bright people, follow your gut. Do you have an epiphany? Do you feel that you are ready to jump with both feet? Go ahead and take the leap.

Change is what happens when we are busy making (action) plans.

Elena Valentine, founder of Skill Scout has a dream: to make recruiting more human by providing tools for young and currently overlooked people to find a job that’s up to their true potential. “Your dreams should scare the s… out of you,” she told our team, “What keeps me awake at night is that I’m crazy enough to think that I can change the world”.

While consulting with startups, I’ve experienced both sides of the spectrum: those who focus on achieving a greater purpose and those who simply want to make money. But finding the balance between having a big impact and economic viability is critical. John Wellehan said it best: “If you are not making money, it doesn’t matter what your goals are because you won’t be in business for too long.”

A good approach is to define your long-term purpose and then set quick wins. Don’t try to change the world all at once, focus on something specific that you can affect like a sub-segment or region. You don’t need to do it alone. Join forces with someone who desires a similar impact but has a different solution. Then go and change the world, one quick win at a time.

Change is what happens when we are busy making (action) plans. Jump into it, do it, there’s always time for correcting the course. You don’t need to become an entrepreneur to behave like one.

I hope our learnings inspire you to become a change agent at your organization. I always encourage teams to have a “hacker mentality,” to take initiative to improve their workplace rather than simply being a spectator. As Elena Valentine said: “There’s no freer feeling than paving your own way. You are a pioneer of your own life. Now that’s awesome and something to be grateful for.”