How to Build a High-Performing Culture Like Netflix Does 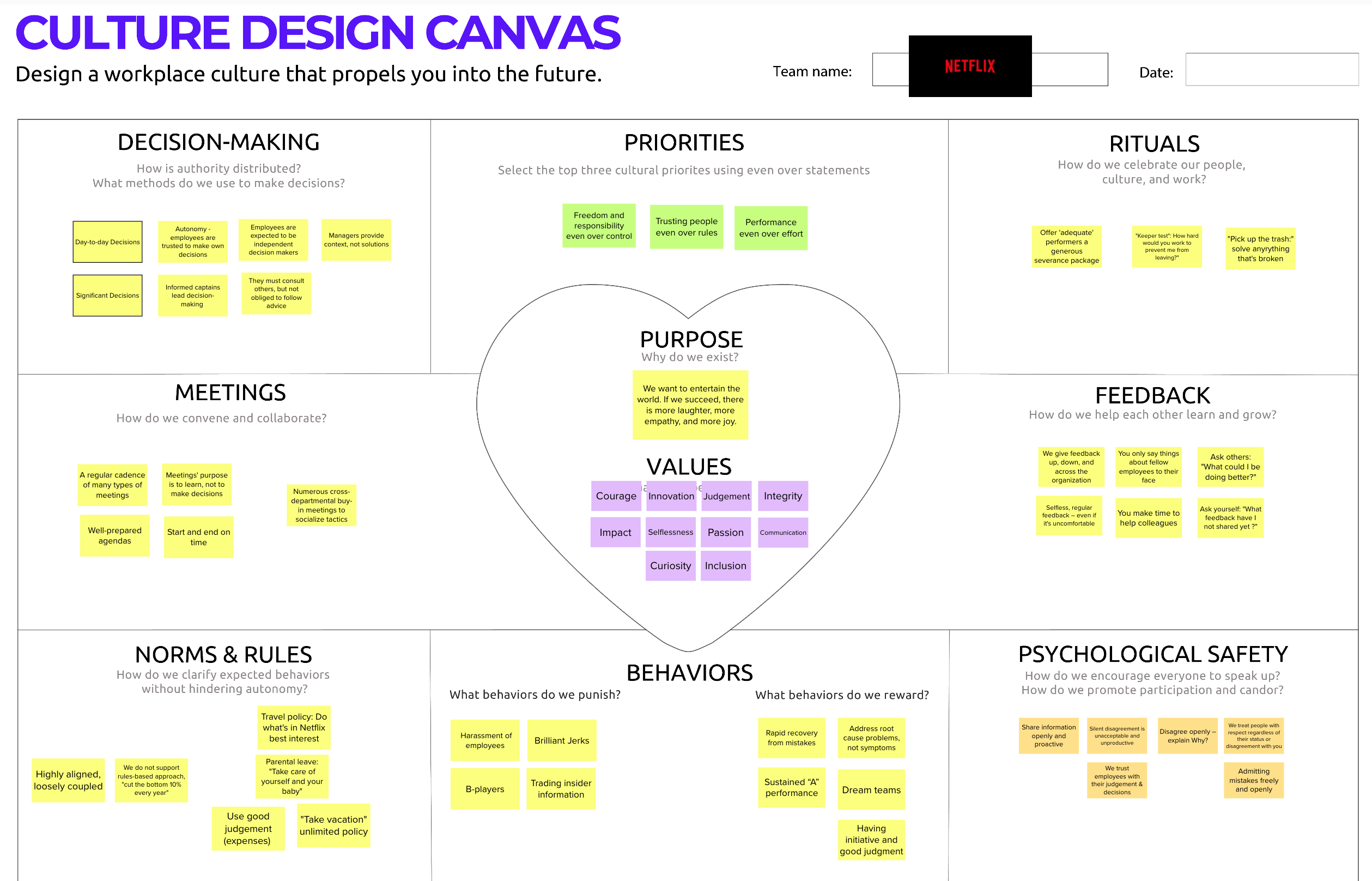 Netflix’s culture deck has been viewed almost 20 million times since it was first published as a slide presentation in 2009.

This Culture Design Canvas is a representation of Netflix’s manifesto, updated in 2017.

Check out the sources at the end of this post.

The center of the Culture Design Canvas represents an organization’s direction, defined by the:

Netflix’s purpose is: “We want to entertain the world. If we succeed, there is more laughter, more empathy, and more joy.”

The company has a total of 10 values that are extensively described in its culture manifesto. The updated version emphasizes inclusion and integrity -–Netflix wants to separate itself from the Silicon Valley playground.

The company rewards Dream Teams (sustained ‘A’ performance and rapid recovery from mistakes). Freedom and responsibility continue to be the guiding principles.

In terms of priorities, the company emphasizes freedom and sustained performance:

Freedom and responsibility even over control.

People even over having rules.

Star players even over adequate performers.

Performance even over effort.

Netflix promotes Psychological Safety and ongoing feedback by encouraging people to be selfless, help others, and considering “silent disagreement” as unacceptable.

Disagreement is encouraged, it must happen openly, and things must be said employees’ faces (not behind their backs).

Regular, candid feedback is encouraged even if it might feel uncomfortable. Questions like “What could I be doing better?” or “What feedback have I not yet shared?” promotes people to learn and help each other grow.

In terms of rituals, Netflix promotes a “Pick up the trash” mentality. If you see that something isn’t working or is broken, fix it. Don’t expect someone else to “pick up the trash,” as happens in most companies.

Netflix also offers “adequate performers” a generous severance package. This ritual ensures that the company only has Dream Teams.

When a company has a clear, powerful culture, there’s no need for too many rules. That’s precisely Netflix’s case. The entertainment giant has a culture that promotes freedom and responsibility.

Netflix treat people as adults as stated in its culture manifesto:

"Our goal is to inspire people more than manage them. We want our teams to do what is best for Netflix. This, in turn, generates a sense of responsibility, accountability and self-discipline that drives us to do great work. Freedom itself is not the goal; the goal is creating a strong sense of caring for Netflix so that people do what is best for the company."

Netflix believes that most organizations have an unhealthy emphasis on process and not much freedom. Having few rules is not just about making things simpler but avoiding "punishing the many for the mistakes of a few."

That being said, Netflix does have some guiding principles to encourage people to make the right decisions based on the “freedom and responsibility” principle.

“Act in Netflix’s best interest” or “Take vacation” are simple, open rules that show that the company treats its employees like grown-ups. Rather than telling them what to do (or not), Netflix gives people the freedom to “do what’s best for Netflix,” depending on the context.

“Do what’s best for Netflix.”

The entertainment company doesn’t tell employees to choose the lowest fare. Or to try to avoid an extra hotel night, as many company rules do.

Netflix lets employees choose when to spend more — or not. People are encouraged to determine what’s more beneficial for the company.

Netflix Approach to Meetings and Decision-Making

Netflix’s competitive and high-performing culture has effective scheduled meetings. There’s no room for wasting time: meetings start and end on time and are meant to increase productivity. As stated on its website, Netflix uses meetings for people to learn from each other, not to make decisions.

The notion of freedom and responsibility also applies to decision-making.

Employees are expected to make day-to-day decisions on their own. Managers’ role is to provide context, not to decide – they can provide context when employees lack information or are unsure about what path to take.

When it comes to more complex, significant decisions, there’s a responsible captain of the ship who makes a judgment call after requesting and digesting others’ views. They use a consultative decision-making method. Informed Captains are not obliged to follow the input from others.

Netflix avoids committees or majority votes. Once the impact of a decision becomes clearer, the team reflects on the outcome and how they can make better calls next time.

Netflix’s culture is one of the best examples of an organization that trusts its employees to drive the organization forward. With freedom comes responsibility; what about your workplace culture?

Netflix’s Culture Is Not for Everybody

The Woman Behind Netflix’s Culture Deck

Building a Culture of Freedom and Responsibility (book) 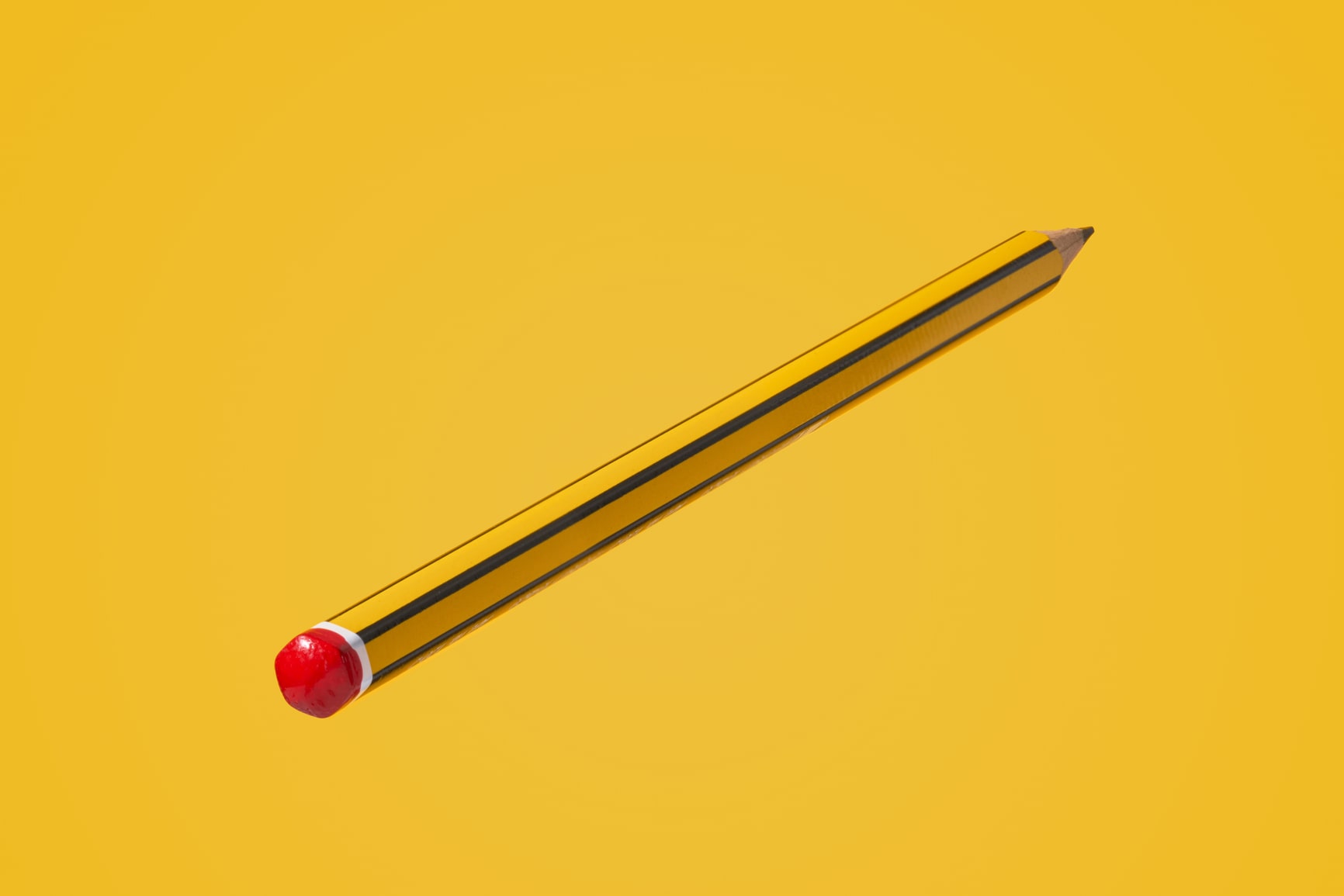 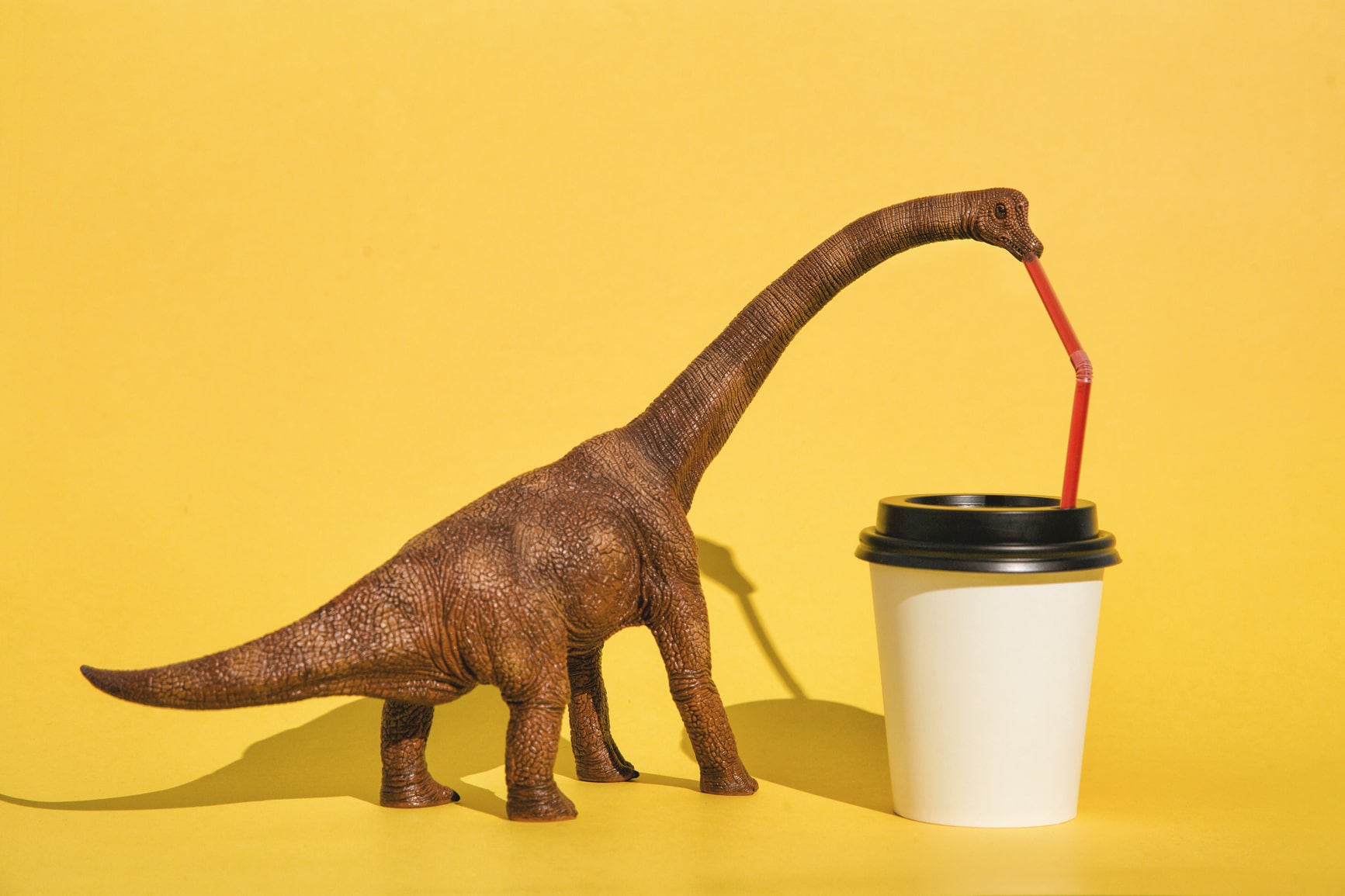