Power Is an Illusion

Power resides where we want. Here’s how to overcome the illusion of power. 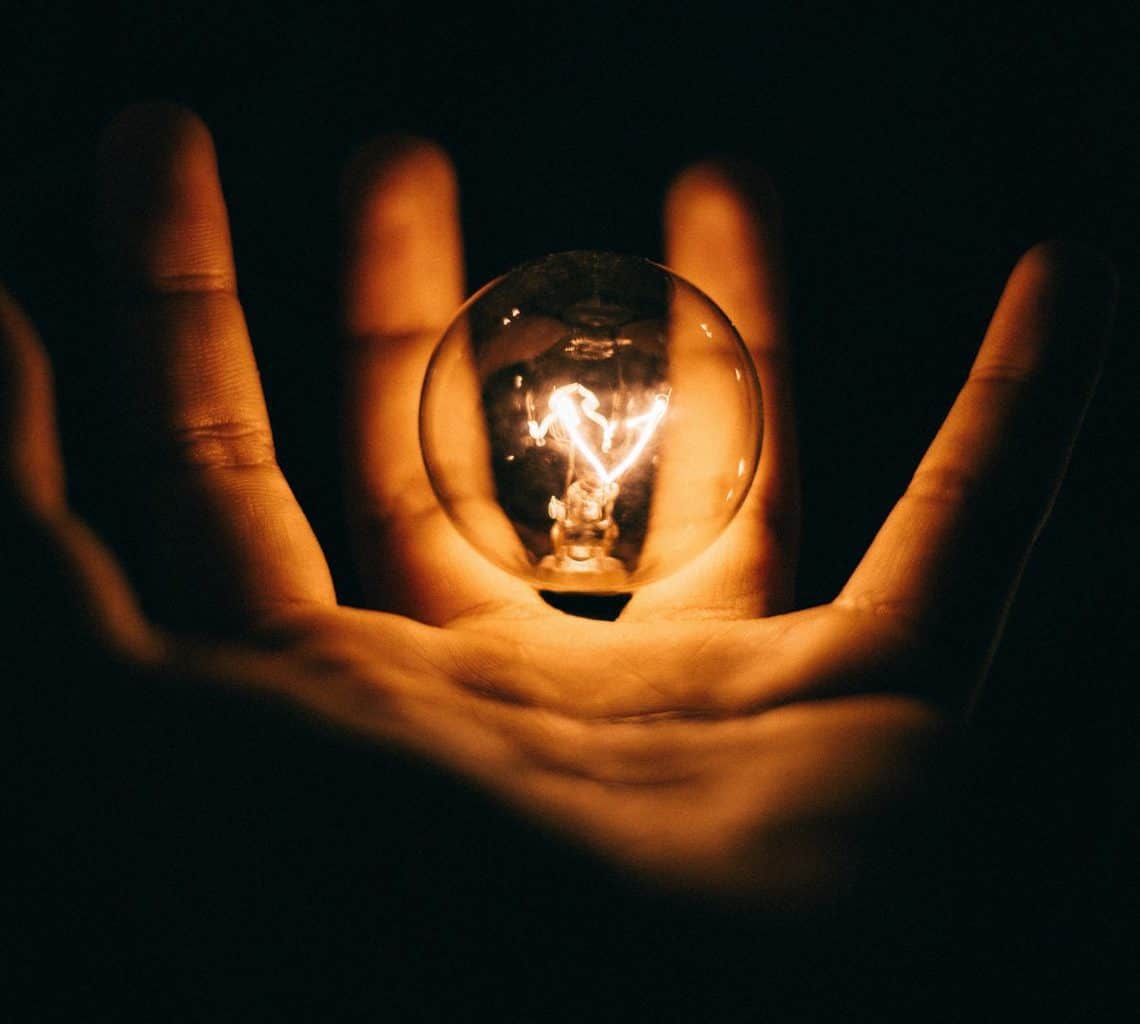 The Illusion of Control Is a Curious Thing.

“Three great men sit in a room, a king, a priest, and a rich man. Between them stands a common sellsword. Each great man bids the sellsword kills the other two. Who lives, who dies?” — Lord Varys said.

Varys: “Does it? He has neither crown nor gold nor favors with the gods.”

Tyron: “He has a sword, the power of life and death.”

Varys: “But if it’s swordsmen who rule, why do we pretend kings hold all the power?

Power lies in the eye of the beholder.

“Power resides where men believe it resides. It’s a trick. A shadow on the wall. And a very small man can cast a very large shadow.” — Lord Varys

People are not powerful; we see them as such. And we lose our power when we get tricked into thinking someone else is stronger than we are. As the Game of Thrones’ riddle above reveals: control is an illusion — now you have it, now you don’t.

The Illusion of Power Shapes Our Lives

“All power is from within and therefore under our control.” — Robert Collier

Our view of power has a profound impact on our relationships.

The word ‘power’ is usually associated with authority, wealth, social status, reputation, etc. It’s a force — a right or a privilege — that just a few have. We equate power with influencing others.

Moisés Naím, the author of The End of Power, writes: “power is what we exercise over others that leads them to behave in ways they would not otherwise have behaved.”

Viewing power as imposing one’s will over others is a dangerous illusion. It forces us to compare with others. We divide the world between the powerful and the have-nots.

Alfred Adler regarded the ‘lust for aggressive power over others’ as neurotic power. It’s a desire to dominate other people that creates most pathologies. The Austrian Psychologist promoted equality  instead— fluid power in families, schools, and other organizations could prevent neuroses.

Power is neither good nor bad —our relationship with it can be healthy or unhealthy. Adler believed that power was a natural human force that must be used for self-actualization, not to dominate others.

I know, we are living in dark times when it comes to power. So, I understand if you feel skeptical but bear with me.

Unhealthy power creates codependent relationships — we let one person dominate us by giving our power away. This illusion hurts both sides of the equation.

Tyrants — in politics or relationships — don’t appear overnight. The influence of strong leaders seduces people; they support them and later succumb to their will.

Healthy power, on the other hand, promotes empathy, creativity, collaboration, and help — it empowers both ourselves and others.

Power plays a crucial role in your life. Your view of power shapes your beliefs.

The Illusion of Control Goes to Your Head

Thomas Hobbes believed that the lifelong perpetual and restless desire for power is a fundamental quality shared by all humans. The English philosopher argued that we are inherently conflictual and competitive.

Power quickly goes to our head — it has both positive and negative side effects.

A Columbia University study found that power influences our perception of others. We judge the power of others relative to our own. When we feel powerful, others appear powerless and vice versa.

We are so susceptible to it that just changing our posture, can make us feel stronger.

Conversely, power gets to our head and quickly corrupts our minds. Research shows that powerful people suffer from entitlement — they feel free of punishment. Also, overconfidence or too much introspection harms their self-awareness.

Friedrich Nietzsche said: “All things are subject to interpretation. Whichever interpretation prevails at a given time is a function of power and not truth.”

Moisés Naím explains how power is played through four channels.

Both coercion via muscle or obligation via code force us to accept the situation without having freedom of choice. Both are the least effective, yet most employed and abused, types of power — they force people to do something or, else, suffer the consequences.

The third and fourth channels offer an improvement. Inducement via reward or persuasion via pitch offers a better outcome. However, they quickly can turn into manipulative power.

There are fives types of power:

Exploitative Power is the most destructive kind of power used on another — the aggressor allows the victim no options in the exchange.

Manipulative Power is imposing our will over others without them noticing it. Competitive Power, on the other hand, is less subtle — me against others creates unmistakeable rivalries.

Nutrient Power is used for another — we are concerned with the welfare of other people. We use it to advance or comfort others.

Lastly, Integrative Power is used with another — it’s the most constructive kind. It’s a collaboration based on a balanced relationship; both parties have the same rights and strengths.

Power can be used to suppress others or to grow together.

The Power of Being Yourself

“The opposite of courage is not cowardice, it is conformity.” — Rollo May

The term ‘power’ originates from the Latin word posse, which means ‘to be able.’ Rather than a force to manipulate others, power is the ability to unleash our human potential.

The most basic level is the power to be — it’s the power to exist. It is threatened when we are denied the underlying conditions of human subsistence. The second level is self-affirmation — it involves recognition and esteem by others. The third is self-assertion — it refers to the expression of yourself, your views, and desires.

The fourth and fifth levels — aggression and violence — are unhealthy manifestations of power. May believed these occurred when we lack a sense of personal significance.

Using violence and threat is not real power — it’s an illusion that comes and goes. Who is more powerful? The king, the priest, or the rich man? Or does the power lie in the man who has the sword?

Power is personal — it comes in different shapes and forms.

Patience beats oppression. Mahatma Gandhi’s non-violent approach shook the core of the British Empire, yet he did nothing illegal — bullets were no remedy for a fasting fakir.

Social movements out-power abusive perpetrators. #metoo was a success because women decided to take matters into their own hands — social change is not about waiting for the ‘powerful’ to let go of power willingly.

Courage sheds light on conspiracies. Ambassador Joe Wilson’s famous New York Times op-ed accusing the White House of manipulating the intelligence to justify the Iraq War put his family at risk — he considered his letter, “an act of good citizenship.”

Revolutions end tyrannies. Low wages and hunger caused the ordinary French people to rebel against the aristocracy — the monarchs were so busy enjoying privileges that they were blind to people’s suffering.

Vulnerability defeats ignorance. #WhyIDidntReport is a call to arms for survivors to share their devastating stories — it takes courage to share why they fear to go to the authorities.

Illusory power is about removing options, to make someone else’s choices for them. Healthy power is at the service of the collective good.

Use Your Power to Uplift Others

“Our power comes not from suppressing others but from uplifting them.” — Sakyong Mipham

Power is the ability to act or do. Aristotle referred to politics as an activity that was at the service to others. He believed power was about developing the virtuous life in the citizenry.

Sakyong Mipham, in his book Ruling Your World, describes three ways we can rule: fearlessness, artfulness, and rejoicing.

Healthy power is grounded in fearlessness — it’s not the absence of fear, but our ability to confront and master it, as I wrote here. Those who are afraid of losing their power, try to manipulate and weaken others.

Independence is a sign of power. When someone doesn’t want to work with others is because that person failed to conquer self-assertion. People depend on your power — use it to build, not to divide.

When the ruler trust no one, no one will trust the ruler.

When you realize that power is an illusion, you are no longer afraid of losing it. That’s how we overcome our attachment to power.

Artfulness means understanding that healthy power requires craft and talent. We care and protect — we use our power to uplift. We excite people to follow something bigger than ourselves — we want people to follow the mission, not ourselves.

Approaching power as art means balancing soft and hard — we become more mindful of when to ask or talk and when to wait or push.

The joy of having power lies in uplifting others, not in suppressing their choices. It’s about celebrating victories, both large and small. Not just ours, but those achieved by our colleagues or community.

Thich Nhat Hanh said: “There is another kind of power, a greater power: the power to be happy right in the present moment, free from addiction, fear, despair, discrimination, anger, and ignorance. This power is the birthright of every human being, whether celebrated or unknown, rich or poor, strong or weak.”

Real power must be celebrated, not feared.

What’s Your View on Power?

“As I walked out the door toward the gate that would lead to my freedom, I knew if I didn’t leave my bitterness and hatred behind, I’d still be in prison.” ― Nelson Mandela

True power lies within you. Trust yourself. Look inside rather than compare to others.

Remember the Game of Throne’s riddle. Power is relative — everyone seems to have it, but no one actually owns it.

Power shifts according to the situation — it’s a fluid illusion. You have the power to rule your life with fearlessness, artfulness, and joy. They can’t take that away from you. 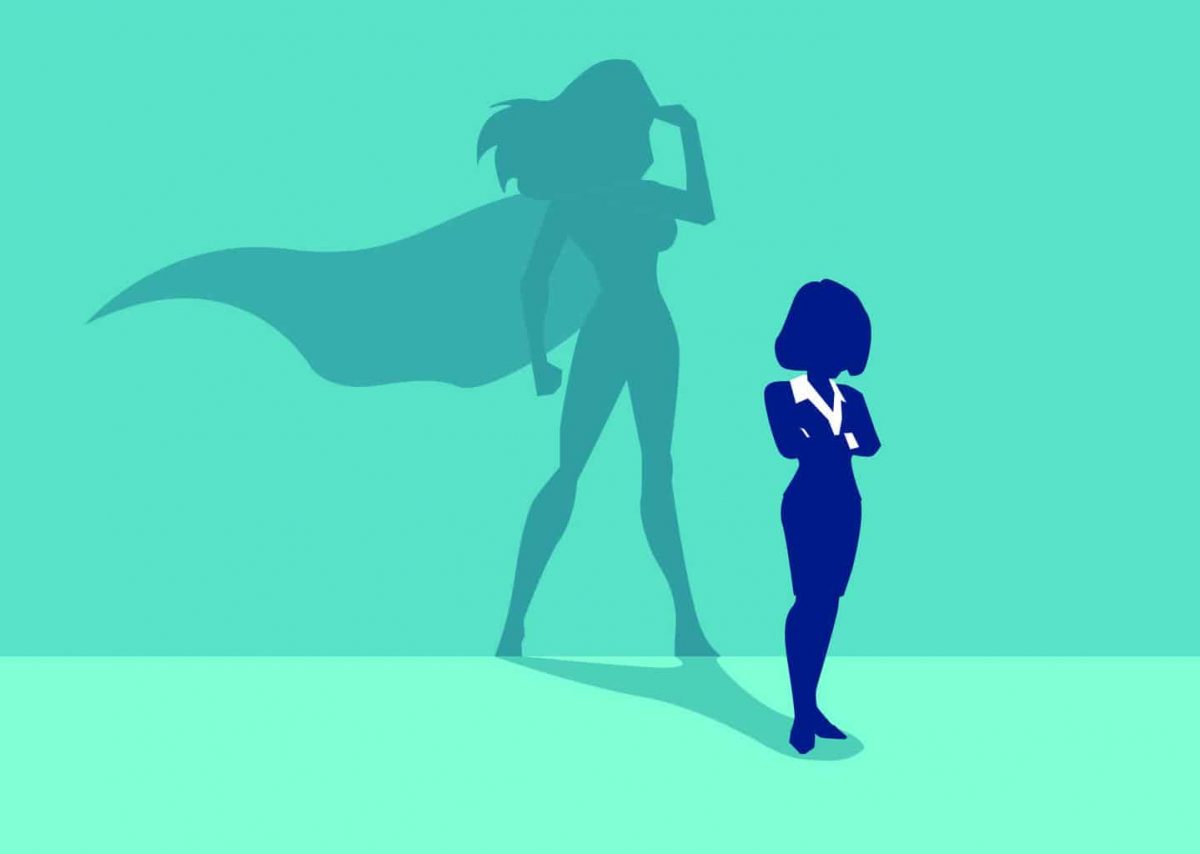 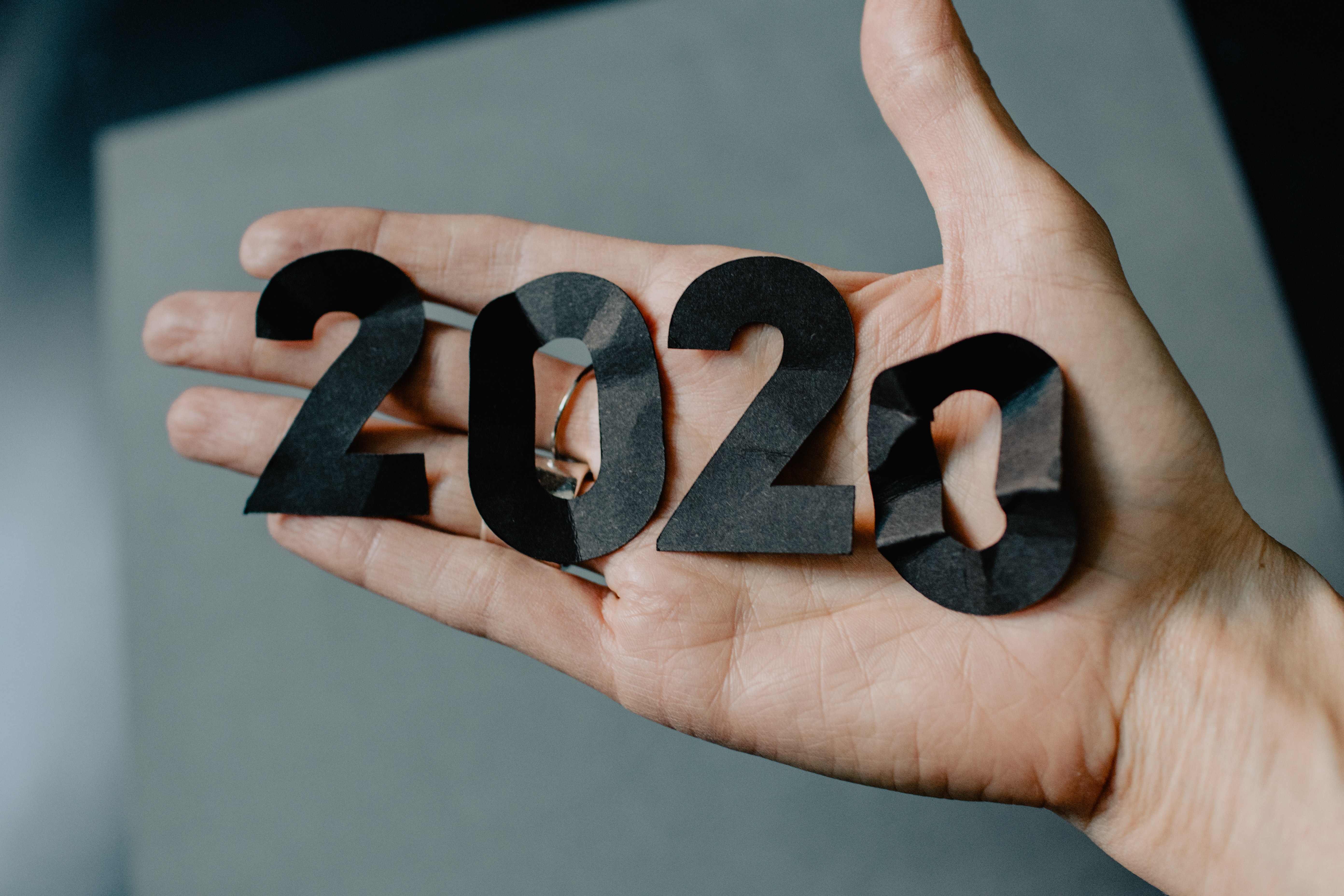 Discover the most read articles of 2020 covering leadership and culture design insights, tips to increase teamwork and remote work. 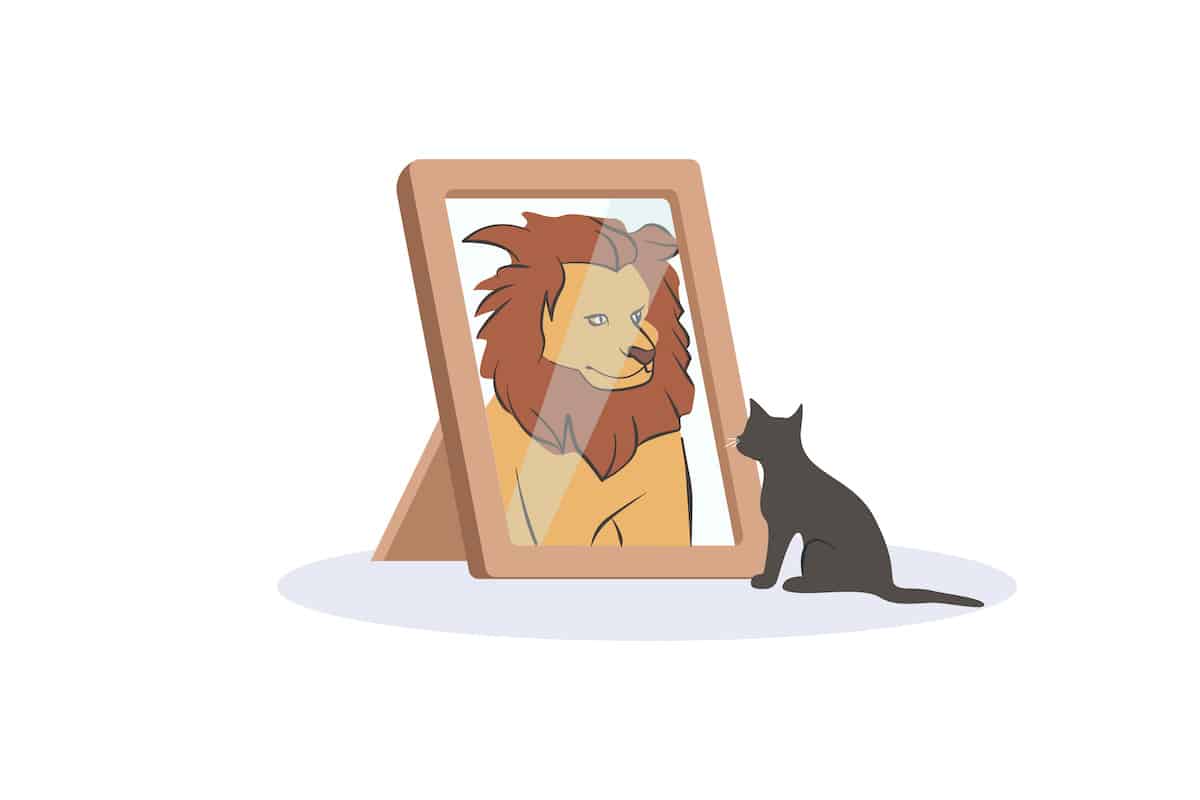 Narcissistic Leaders Destroy Culture from Within