Shift Your Team's Mindset: from Limiting to Liberating

An exercise to improve team mindsets and overcome resistance Team mindsets are like lenses that filter people’s perception and shape how they behave as a group. When it comes to team performance mindsets can be limiting… 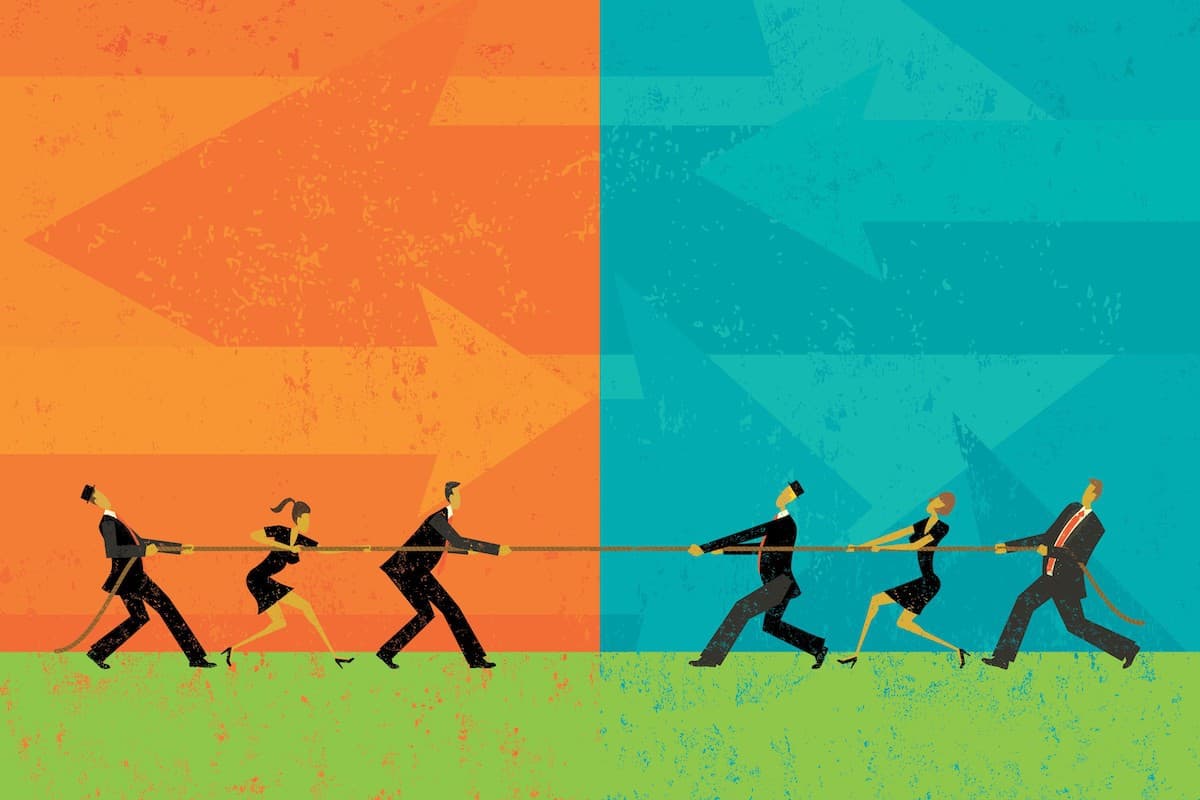 Our mindsets are lenses that filter people’s perception and shape how we behave. When it comes to team performance mindsets can be limiting or liberating. This exercise will help you develop the right one.

The way we think filters reality; mindsets can clarify or cloud our perception. Liberating Mindsets and Limiting Mindsets are a key component of the Cultural Tensions Canvas.

Participants will play with different mindsets and experience the positive and negative effects of each. Any team can benefit from this exercise.

Goals for the activity:

– Acknowledge the mindsets they usually use when working together

How to Facilitate the Liberating Mindsets Exercise

Depending on group size, set up either a circle of chairs or tables for small groups to interact. Standing always works best.

This is a good reflection exercise to realize the impact of how people think and improve the team mindset.

First, the group will practice with Limiting Mindsets. Then, they will reframe the same conversation using Liberating Mindsets instead.

“That will never work.”

Rejecting an idea before even analyzing it is a usual way of limiting creativity. We immediately reject what we don’t know or focus on the negative impact rather than seeing its bright side too. Try this change that team mindset.

First Round: Ask people to share different ideas. Each time someone makes a recommendation, another person replies with “That will never work because…” and provides a reason why the idea might fail.

Second Round: Repeat the same sequence.
This time, once someone poses an objection, someone else chimes in with a solution. People should respond using the “What if we try this…?” format.

The responses should help neutralize the whole objection, or part of it. The idea is to keep the group moving forward. Instead of getting stuck by a blocker, they use an amplifier to neutralize it.

“That’s not how we do things here.”

This exercise works exactly the same as the one above, just replace the team limiting and liberating mindset.

In this case, the focus is on how traditions or cultural behaviors can get in the way of innovation. Encourage the team to challenge how they do things by exploring new possibilities

Organizations resist new approaches or ways of working before even trying them first. By asking, “What if we try this…?” we invite the team to experiment before jumping to conclusions.

Saying ‘no’ is the fastest way to block a brainstorming session.

This protocol, developed by improv artists, uncovers what happens when we block new ideas by saying, “no.”

First round: Ask participants to brainstorm on a particular topic. After an idea is shared, any participant must respond “no” and suggest a different idea. Then someone else replies “no” and, once again, proposes an entirely different idea.

Second round: Repeat the same sequence but using “Yes, but…” The effect is the same. People dismiss others’ ideas but with a passive-aggressive approach.

The brainstorming gets stuck too.

Third round: Repeat the same sequence but using “Yes, and…” People should build on someone else’s ideas.

This last iteration unblocks creativity and generates more engaging and exciting conversations. People use other ideas as a springboard. The team collaborates and works together rather than blocks other people’s ideas.

Read more about the “Yes, and” approach here.

“We don’t have resources for that.”

This exercise addresses a very frequent yet unnecessary blocker: the lack of budget.

I’ve never worked with a company that has all the money to do everything they want. The larger the budget, the more people want to do.

Money is always a limited resource. By rethinking our priorities, we can always make money available.

For this exercise to work, the team must address real issues. Ask them to bring up initiatives that they find interesting that lack funding.

After presenting the objection (“We don’t have resources for that…”) the team brainstorms. They must uncover new ways to fund an initiative or they can reallocate budgets to free money for the new idea.

This exercise can be applied to any resource, not just money, such as when a team needs more people to finish a project. The same principle applies: reallocate people to find support for a new project.

Facilitation Tips to Shift from Limiting to Liberating Team Mindsets

You can focus on one Limiting/ Liberating mindset or facilitate 2 or 3. It depends on the time available and how quickly the team gets it.

Reflect after each exercise. How do words affect our collective mindset? What’s the role that mindsets play in everyday collaboration? How can we improve our team mindset?

Discuss the mental shift when teams use amplifiers instead of blockers. What’s the impact? How do amplifiers help unblock communication and solve problems?

I usually start with the “Yes, and” exercise and then facilitate “That will never work…” and “We don’t have resources for that” in that order.

5 Team Mindsets that Will Boost Your Organizational Culture

How to Upgrade Your Mindset for Success

How a “Maybe” Mindset will Make You More Positive