Smart Teams Know How to Adapt: Inspiration from Jazz Bands

The ability to deal with uncertainty can make or break a team. Here's what you can learn from how jazz players improvise and adapt. 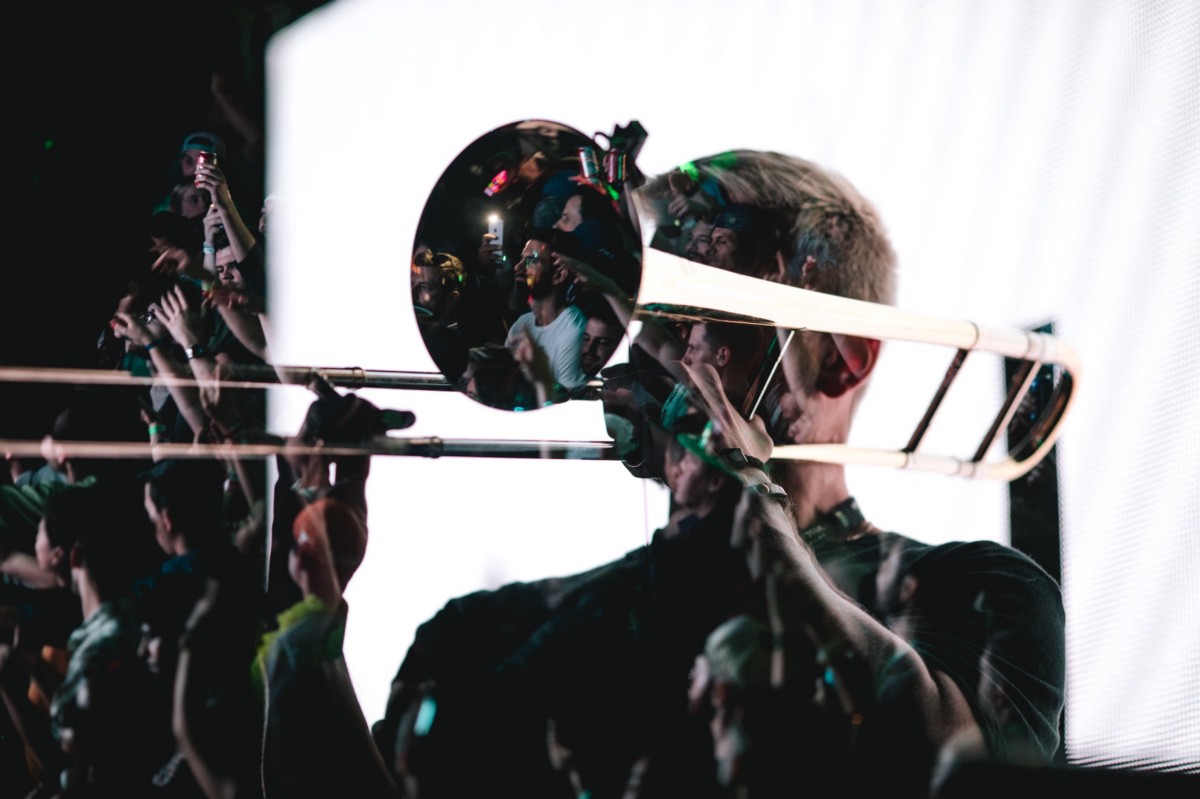 Flirting with mistakes and uncertainty

The ability to deal with uncertainty can make or break a team.

Famous jazz singer Ella Fitzgerald made her biggest career mistake on a German stage back in the 60’s. That performance earned her two Grammy Awards though.

Ella started singing “Mack the knife.” Her decision was risky: she had never performed it live before. Everything began well, but it went south faster than the public realized. The legendary singer suddenly blanked and forgot the lyrics. Instead of panicking, Lady Ella started improvising and singing new verses. The band followed along. The mistake turned the performance into a magic one.

The Queen of Jazz said: “Just don’t give up trying to do what you really want to do. Where there is love and inspiration, I don’t think you can go wrong.”

Even the most perfect teams make errors. How you deal with them is what matters. No one could tell if Ella’s mistake was planned or merely perfect improvisation.

Successful teams — like jazz players — flirt with disaster every day.

Adaptability Is Not a Choice

“When the music changes, so does the dance.” — African Proverb

Jazz is untidy, unpredictable, and perfectly imperfect. Just like today’s environment. Change has become a buzz word; everyone is talking about transformation in a glamorized way. But change is anything but cool; it’s messy. Just like jazz.

Jazz players let go of deliberation and control; they surrender their consciousness to embrace spontaneity. The band members create as they play, improvise, and build on each other’s notes. They deliberately face the unfamiliar by creating their own challenges. Saxophonist Ken Peplowski said: “You carry along all the scales you learned, and then you take an intuitive leap into the music.”

In an uncertain world, adaptability is a competitive advantage, not a choice.

Frank Barret said: “The best jazz players court disaster. They actively pursue not control, but its opposite — that moment of surrender to the music and all its possibilities, good and bad…”

By embracing the unexpected, rather than resisting when things don’t go as planned, that’s how your team thrives in a changing world.

Make Improvisation Part of Your DNA

Change is a by-product of your organizational culture. You cannot expect your team to embrace improvisation without providing the right conditions. Jazz musicians flirt with disaster not because they are crazy but because it’s safe-to-try.

The best way to define a culture is not by what it is, but what it is not.

I’ve written various articles about the critical role of Psychological Safety to encourage experimentation. I do the same when helping teams become more adaptive. Everyone agrees with the principles — but there’s a gap between what they believe they are doing and how the team members feel.

Psychological Safety is not something you provide, but how people feel about taking risks. It’s not being afraid of being fired. It’s not being criticized for speaking up. It’s not keeping your best ideas to yourself. It’s not letting your title being a limitation to act or think.

Your team must be empowered to take risks and embrace errors as music. Mistakes lead to improvisation which, in turn, leads to innovation. That requires a culture of generosity, rather than one of scarcity or control.

Adaptive teams behave more like a Jazz band rather than a Symphony Orchestra.

The ‘Maestro’ (AKA the Conductor) is a leader that has the power and control. His team is organized hierarchically by types of instruments and section leaders. The concertmaster, the leader of the first violin section, also plays a vital role in leading the musicians. Decision-making is rigidly defined by titles.

The Jazz Leader sits with his musicians, not in front of them. Once he sets the stage for the performance, he then becomes a contributor. The leader trusts the talent of his band members. He expects them to unleash their magic, not to follow his orders.

Jazz bands embrace a less controlling leadership style, but with full individual accountability. Players follow the sound of music, not instructions. They listen to what happens at the moment not to what they rehearsed.

If you want your team to break the boundaries of music, don’t map out the direction for them.

“The piano ain’t got no wrong notes.” — Thelonious Monk

Symphonies Orchestra and Jazz bands are two different models. Is not that one is better than the other way. They were created for two different context and purposes.

An Orchestra is perfect for a world that is predictable and required replicable and precise results. You needed skilled musicians who could read music (the company’s strategy) and execute their specific instrument very well.

Unlike a classical orchestra, each performance of a jazz band is a unique and emergent creation. Here are some considerations to win in an uncertain world. Just like jazz bands do.

The orchestra follows a linear top-down leadership model. On the contrary, Jazz musicians take turns leading. They create space for other members of the band to fill. Playing solos is not the only way that leadership is shared.

To improvise, they must control their own decision-making. Just like Zappos’ customer service employees can make decisions on-the-go to address their customers needs, jazz players enjoy the same freedom.

“Once you become predictable, no one’s interested anymore.” — Chet Atkins

Symphony orchestras practice for perfect execution. That’s how most organizations (used to) operate: they build plans and then implement to perfection. But reality never happens as we expected. We have to adapt to it rather than fight when things don’t go as anticipated.

Improvisation is the ability to create something at the moment.

In jazz, most songs will never be played the same way twice. Improvisation is not something magical. You have to know the rules of music before you can break it. Picasso mastered classical painting techniques before initiating his Surrealism Period.

United Airlines had to press the pause button after its new bonus lottery approach faced a backlash from employees. The good news is the company was able to react to adverse reactions. The bad news, they should have tested that earlier. Adaptive teams experiment in small doses before they go big.

“If you’re not making a mistake, it’s a mistake.” — Miles Davis

Companies worship a culture of mistakes, but then penalize people when they do “something wrong.” If your team doesn’t screw things up from time to time is because they are not doing things differently.

No pain, no gain. Making mistakes is how we learn.

Miles Davis said: “Don’t fear mistakes. There are none.” When jazz players stumble upon notes, performance and composition merge in one. When your team embraces an experimental mindset, they focus on the music (the final outcome), not on the mistakes that helped them get there.

It wasn’t easy for United Airlines president to admit they made a mistake and they would take employees’ feedback to review the new bonus model. Embracing vulnerability requires accepting that we are not perfect. And leaders need to be the first to feel comfortable exposing their own flaws.

“When I walk on stage, I always enjoy a little stage fright.” — Duke Ellington

The corporate world has created a dangerous division between experimenting and performing. Many organizations believe that experimentation is for Design Thinking or Innovation workshops, as I wrote here.

Adaptive teams need to embrace an Experimental Mindset as I explained in my book Stretch for Change. Improvisation and execution must blend together in day-to-day projects, not just on experiments performed in the Innovation Lab.

“Musicians don’t retire; they stop when there’s no more music in them.” — Louis Armstrong

Many classical musicians are hanging their bows because they are getting bored playing the same music over and over.

Adaptive teams have fun because what they do is anything but repetitive.

A symphony orchestra trades in harmony, allegedly. But what happened to the Seattle Orchestra has taken tensions and rivalry to new heights. There has been vandalism aimed at the musicians, a razor blade planted in a mailbox, dented instruments, and a lawsuit filed against the conductor for both mental and physical abuse.

Hierarchical teams (or organizations) encourage politics, divisions, rivalry, jealousy among other toxic behaviors. When work is anything but fun, people start playing in defense mode and stop learning.

Wynton Marsalis said: “Invest yourself in everything you do. There’s fun in being serious.”

Adults believe fun inhibits learning. We got it all backward. Kids learn while having fun. And they stop doing so once we impose teaching methods over learning by experience. Organizations that encourage people to have fun and enjoy what they do, build a learning mind.

In an ever-changing world, the ability to understand and adapt to reality is critical. It’s not that perfect execution is not important. But improvisation eats perfection for lunch.