The Assumptions You Make About People Harm Your Company Culture

A strong workplace culture requires replacing negative assumptions with affirmative ones. Hire adults and treat them like responsible adults. 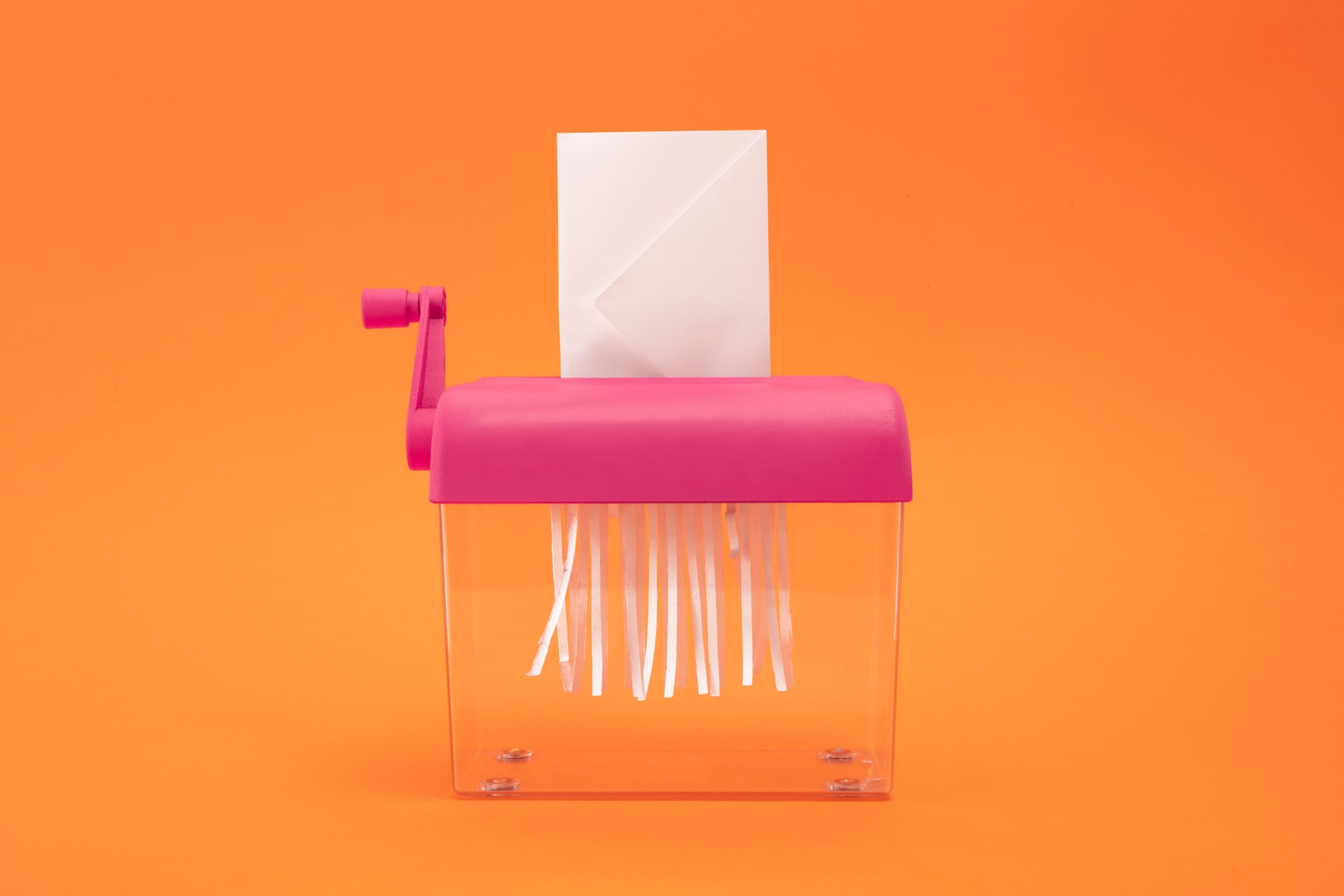 Leadership is all about mindset – what assumptions do you hold about your employees?

It's time to accept that people are human beings, not human resources. The workplace is full of assumptions that harm not only company culture, but also engagement.

I was shocked to learn that Norway's beach handball team members were fined for wearing shorts instead of bikini bottoms. Or, as the European Handball Federation called it: for wearing "improper clothing." Unlike their male counterparts, women athletes are forced to wear clothes that make them look good, not play more comfortably.

This degrading and impractical rule sparked a social media outcry. Just like leaders' resistance to a hybrid workplace, it's more proof of how disconnected they are from what people want – or who they are. Leaders make decisions based on underlying assumptions about people, not on facts.

Why Leaders Get What They Assume

What do you think drives your people?

Do you believe that they want to be part of something bigger than themselves and feel proud about their work? Or do you think they just want to make money?

"Theory X" operates under the assumption that people dislike work and will put in the minimum effort. This approach presumes that people don't want to take responsibility and have little in the way of ambition. Thus, a command-and-control management style is the right response.

"Theory Y," on the other hand, presumes that people love to work as much as they like to play – it operates on the belief that people are self-directed. This approach assumes that everyone has potential – creativity, adaptation, and imagination are fairly distributed.

Daniel Pink believes there's a mismatch between what science knows and what business does – leaders are stuck in archaic views of what drives people.

Motivation 1.0 is about meeting our basic human needs, as mentioned in Maslow's hierarchy of needs. The next level, Motivation 2.0, aligns with "Theory X" – it's the traditional carrot and stick type of management. The problem with a reward and punishment system is that it just generates short-term results. Most importantly, it encourages people to beat the system, not do their best work.

Incentives end up doing more harm than good – the IF-THEN approach dulls thinking rather than sharpens it. Pink suggests moving beyond the carrot-and-stick motivation approach. As the author explains, "Rewards, by their very nature, narrow our focus. They concentrate the mind."

The assumptions you make about people shape your behavior. If you assume they're selfish, don't want to work hard, or lack integrity, that's how you will end treating them.

If you assume people are lazy, you won't give them more responsibility. If you believe they aren't trustworthy, you won't provide them with confidential information. The more you withhold, the more withdrawn people will feel.

Many executives tend to manage for the 3 percenters – they create rules to deal with the small percentage of offenders. However, those rules, policies, and leadership behaviors end up harming everyone, making them feel bad about themselves or the work they do.

Management gets caught in its own self-fulfilling prophecy. By operating based on negative underlying assumptions, they get the worst out of people. Here are some examples.

People can't make decisions on their own

There's a pervasive gap between the leaders we have and the ones we need. Most employees would rather get a new boss than a pay raise. Approval ratings for leaders rarely surpass 50%.

Evolutionary psychologists believe that the best way to deceive others is to deceive yourself first. Overconfident and arrogant leaders don't trust their subordinates. They doubt others rather than challenge their own assumptions.

Insecure leaders think that only they can make smart decisions.

People are human resources to be maximized

People are the foundation of every great business. Unfortunately, many organizations still treat people as resources to be maximized. That's what happened recently at Frito Lay: hundreds of workers went on strike to end mandatory overtime and 84-hour weeks.

The company declined to answer questions, directing the media to a corporate statement posted on its website. They thus ratified that they see people as resources, not human beings.

Remote employees don't work as hard as onsite ones

Most CEOs want their teams back in the office. The assumption that culture is suffering is top of the list. Most importantly, many believe that remote employees cannot be trusted and that they work less than those onsite.

However, research by the University of Chicago shows that most people are just as productive when working from – and 30% are actually more. Yet leaders have negative assumptions about remote employees.

Most leaders fall into the collaboration trap. They think a lack of collaboration is an individual problem rather than a systemic issue. However, research by Harvard Business shows that organizational silos, risk-averse cultures, lack of workforce time, and lack of clear vision hinder collaboration.

Rather than fixing the culture, leaders keep assuming people are selfish and individualistic.

People are not mature enough to handle tough issues

Employees respond to the way leaders treat them. It's not that people aren't ready to handle tough issues, but leaders keep leaving them out of critical conversations. They assume employees can't handle challenging issues.

If the pandemic has taught us anything, it's how adaptive and resilient people can be. Even high school teachers believe kids are mature and smart enough to handle tough topics such as racism.

In Reinventing Organizations, Frederic Laloux makes a case for how the assumptions that leaders have about people are a crucial obstacle for creating more human and adaptive organizations.

The solution is simple: start by making assumptions explicit.

Every time I start working with a new client, I can hear the skepticism executive leaders have about building a culture of freedom and accountability. Most CEOs love the principles but, when it comes to pulling the trigger, they panic. Leaders can't trust people to behave like adults.

Research by Laloux shows that this belief is anything but rational; it's actually based on unconscious assumptions traditional hierarchies make about people and their motivations.

Dennis Bakke, the founder and CEO of Fortune 500 AES, encourages his management team to recognize and challenge underlying assumptions. Whenever he acquires a new power plant, he invites colleagues to reflect on what assumptions owners and managers of a typical factory hold about their workers.

Here's Bakke's summary of the assumptions workers feel bosses have about them:

And here are the revised assumptions about AES people :

When Jean François Zobrist took over FAVI – a French auto part manufacturer – he analyzed the organizational chart and rules and norms to uncover underlying assumptions.

The existing organizational practices assumed that employees were:

Former CEO at Unilever, Paul Polman, understood that building a purpose-driven organization requires connecting work ethics to your values. He understood that first, he had to help every employee connect with their personal purpose. People want autonomy over task, technique, team, and time. Most importantly, they  want to be part of something bigger than themselves

Polman poses a provocative question to challenge assumptions, "So what's the game you're playing here? For whom are you playing it?"

As Polman said, "We are short of courageous leaders. These leaders that are not courageous — they play it safe. They play it not to lose instead of playing to win. They will never go out of their comfort zone."

Disrupt the systems that you find most harmful.

Make explicit your organizational assumptions. Which are getting in the way? Are your assumptions based on perceptions or facts? What's the message your norms and rules are sending your people?

Here are some fundamental assumptions to move your culture forward:

Your assumptions about how people act – and what drives them – shapes how you behave toward them.

A strong workplace culture requires replacing negative assumptions with affirmative ones. Moreover, operating from positive assumptions encourages team members to solve problems instead of blaming each other – with freedom comes responsibility.

Create a working environment that promotes passion, collaboration, respect, and humanity. Positive assumptions create a virtuous cycle. Hire adults, treat them like they can handle responsibility, and they'll behave as adults. 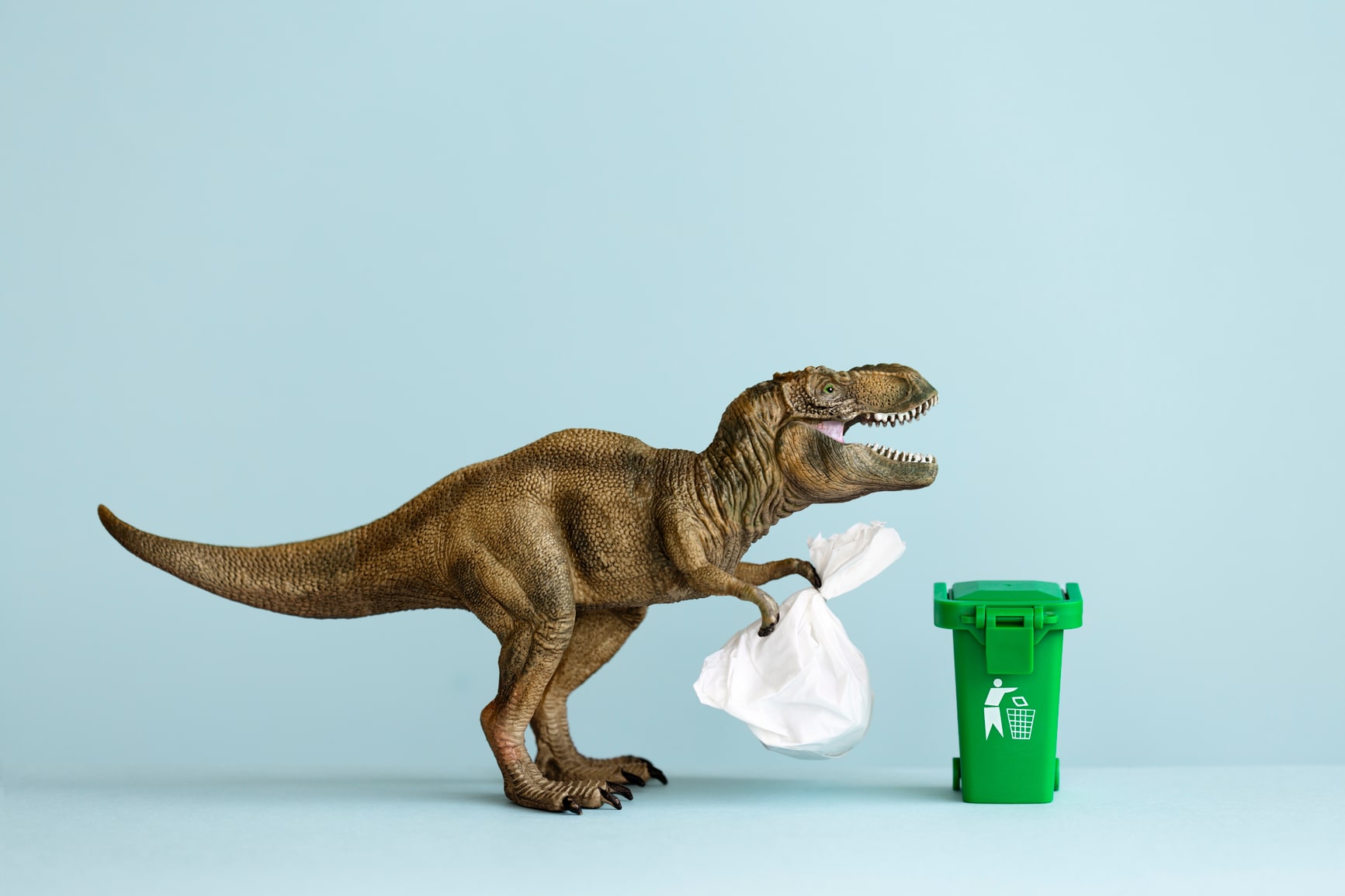 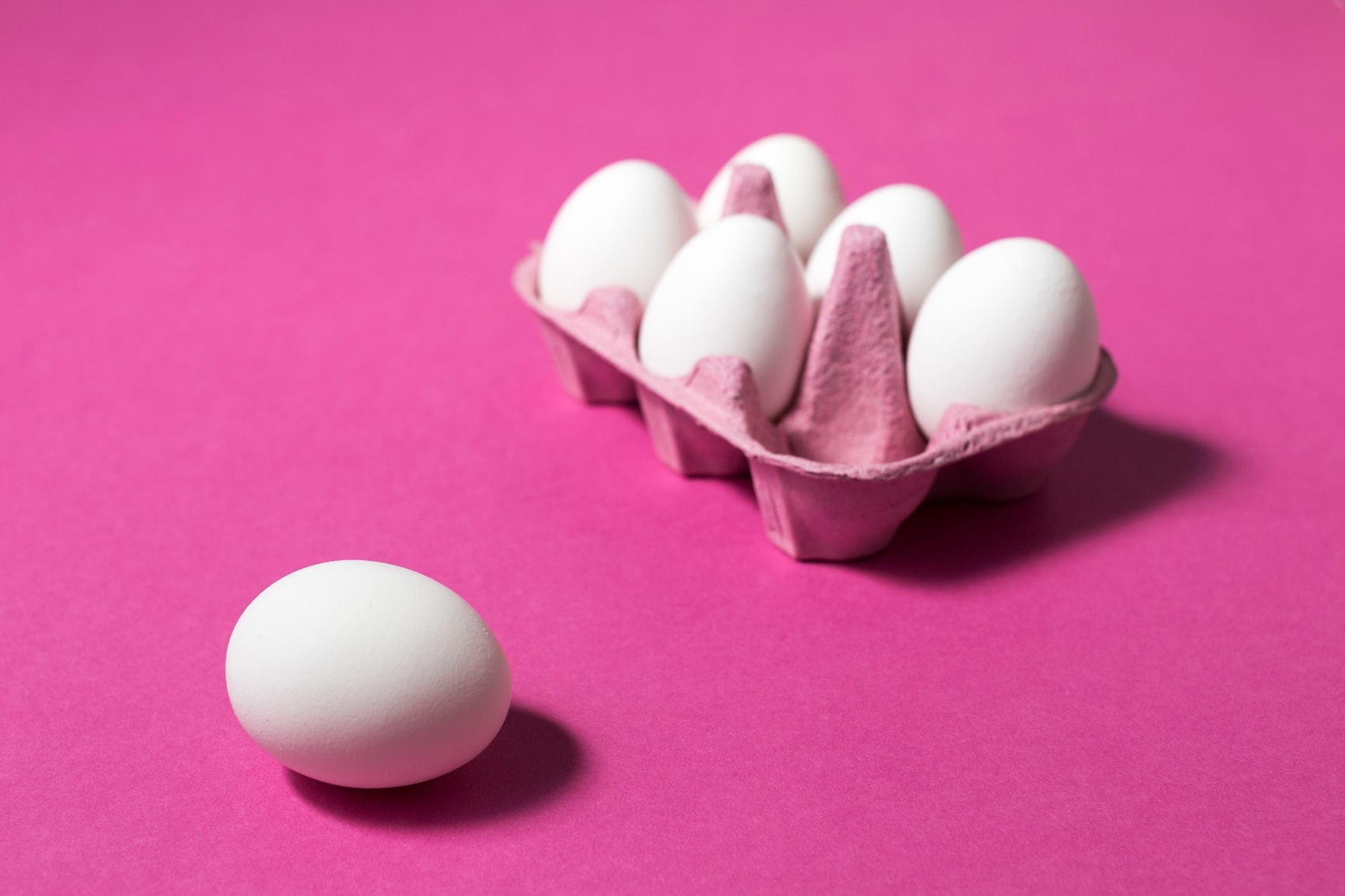 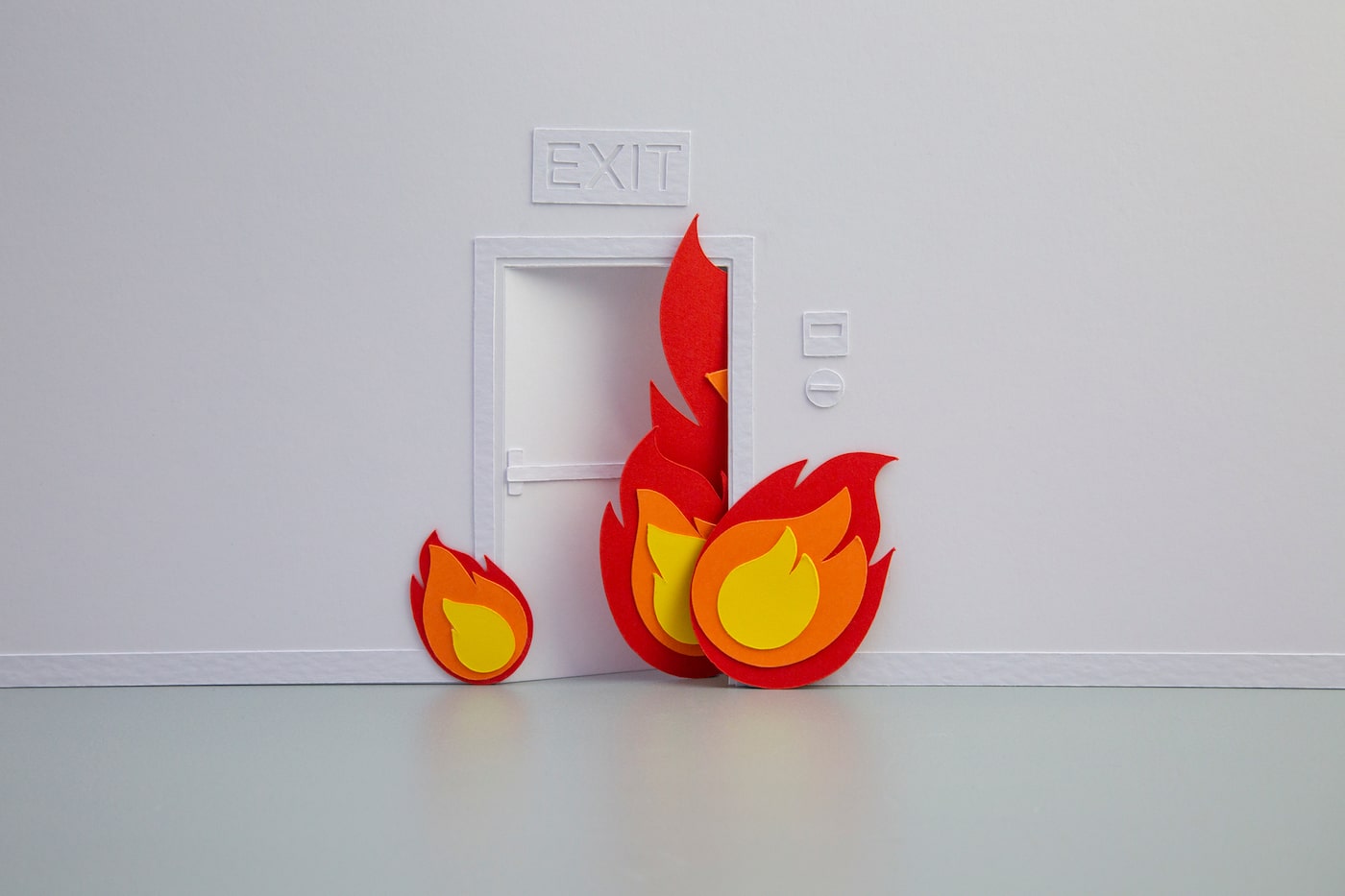