The Most Successful Teams Adapt to Change

Adaptability is a critical metaskill, especially during a crisis. Lessons from the Dunkirk evacuation. 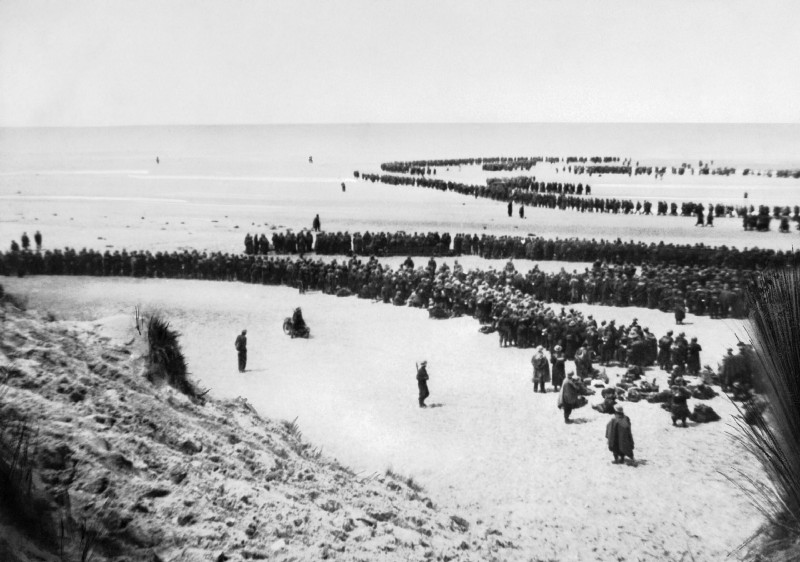 Adaptability Is a Vital Leadership Meta-Skill: It Even Saves Lives

In business as in war, the lessons of defeat provide enduring wisdom.

Lord Byron said it best, “Adversity is the first path of truth.”

Organizations waste precious time speculating about the future. But battles are fought in the present. The decisions that you make in the now, are the will define your future outcome. Having an adaptive mindset can make the difference.

The spirit to adapt to what was happening — not to ideal planned scenarios — is what turned Dunkirk into a successful operation.

As Charles de Gaulle said back in 1940’s: “You have to be fast on your feet and adaptive or else a strategy is useless.”

The need to be adaptive is not something new. But the increasing speed of change has turn adaptability into a critical competitive advantage.

Rehashing how uncertain the future is, won’t do your organization any good. We live in exciting times. We know what’s broken, but no one can tell for sure what’s going to work tomorrow.

When England was about to lose most of its army, Winston Churchill knew what was broken. But spending his priceless time debating what went wrong or blaming others — like most organizations do in times of crisis — was pointless.

Dunkirk evacuation success was determined by Churchill’s team ability to stay calm and adapt to what real events.

To Adapt, You Must Understand Reality First

“Instead of constantly adapting to change, why not change to be adaptive?”— Fred Emery, self-managing teams pioneer

Most of us are at war with reality, as I wrote here. When things didn’t go as expected, we fight back.

But fighting what you don’t like, what you can’t control, or what didn’t go your way will only do more harm.

Being at war with reality will only turn you into a casualty.

Acceptance doesn’t mean giving up. As Aristotle said: “The only truth is reality.” To be fast on your feet and adapt your strategy, you must have a clear reading of what was going on.

Just before the evacuation, Churchill was under immense pressure from a group in the Cabinet led by Lord Halifax. He managed to win doubters over his side to start the Dunkirk evacuation. The future of the British army was not the only one at stake, Churchill’s political career was also liable to the operation outcome.

Let’s put some context to understand the magnitude of this challenge. Back in May 1940, there were close to 400,000 troops stranded in the beaches of Dunkirk.

Churchill hoped 30,000 soldiers might be saved, Admiral Ramsay’s calculation that 45,000 would return was considered surrealistic.

When people fight reality instead of decision for today, fear of the future gets them stuck. England’s was cabinet wanted to negotiate peace. Churchill was vehemently against it, arguing, “Even if we were beaten, we should be no worse off than if we were now to abandon the struggle.”

The success of the rescue operation was built on initial realistic objectives, improvisation on the ground, and speed to scale.

In about a week, 338,000 troops were rescued — basically the size of Honolulu’s current population.

The Mindset of An Adaptive Team

We live in an unpredictable world. The speed of change is accelerating complexity and uncertainty. But our way of thinking is ingrained into an old model: organizations were built and designed for a world that — supposedly — was more predictable.

This diagram captures the shift required. Let’s use it to review what teams can learn from Dunkirk’s evacuation about adaptability.

1. Psychological Safety over Culture of Fear:

The shared belief that a team is safe for interpersonal risk-taking makes or breaks teams, according to Research by Google. The opposite is a culture of fear.

In times of adversity, organizations become insecure and make decisions out of fear, not reality analysis.

Dunkirk’s story is the opposite: Churchill’s determination “to never surrender” encourage people to experiment. When there’s no way back, teams focus on finding solutions, not on protecting their future.

Trust creates calmness. In spite of the uncertainty and constant attacks, British troops were amazingly patient. As Signaller Alfred Baldwin recalled: “You had the impression of people standing waiting for a bus. There was no pushing or shoving.”

The phrase “Dunkirk spirit” has since become part of the language used to toast people who pull together in a time of adversity.

Perfectionism is the worst enemy of change.

Most organizations have an issue with mistakes. They are in denial or hide them, rather than encourage their teams to experiment. Striving for perfectionism can have the opposite effect: it seeds fear. Employees try to please their bosses rather than playing at their best.

Dunkirk evacuation wasn’t a flawless plan. It was on-going improvisation. That was the key to its success.

When the docks in the harbor were unusable after German air strikes, Captain William Tennant ordered men to be evacuated from the beaches. When this proved too slow, he re-routed the evacuees to two long stone and concrete breakwaters, the East and West Mole, as well as the beaches.

Close to 200,000 men embarked on ships from the East mole alone.

The best solutions are discovered by experimenting in the real world, not just planning the future from a corporate HQ.

Culture is something dynamic rather than static. Hiring simply for culture fit can become a limitation rather than a strength, as I explained here.

Most organizations hire for cultural fit, getting more of the same. Culture is the glue that brings a team or organization together. But if the glue is too sticky it can become a limitation rather than a strength.

The army didn’t have enough ships to evacuate so many people in less than a week. Dunkirk success was possible by inviting outsiders to the party.

History has demonstrated over and over that misfits are perfect for dangerous missions. However, most organizations are reluctant to outsiders.

Around 700 “little ships” took part in this massive evacuation. But carrying troops wasn’t the only way that seamen helped. When a destroyer ship was damaged, two towboats helped it make the port with hundreds of men aboard.

This level of unprecedented collaboration was critical to bring most people back home.

4. A Learning Mind over Knowledge:

What you know can become your worst enemy. Overcoming uncertain and ambiguous scenario requires developing solutions on-the-go. Sometimes, being ignorant can become a rewarding experience. Not knowing what the perfect solution is, is liberating. It opens up possibilities.

The evacuation of Dunkirk began on May 27. On the first day, just 8,000 soldiers were rescued, making initial projections look ambitious. But over the next eight days, more than 338,000 soldiers made it to England.

Paraphrasing Charles de Gaulle, the British team — both leaders and soldiers — were fast on their feet to experiment and adapt their strategy.

From requesting seamen for help to switching the loading point — from the beach to the moles — it took one or two days of slow results and increasing frustrations to come up with a viable solution.

On June 4, 1940 — the day the evacuation was over — Churchill went on to give one of his most famous speeches to the House of Commons. His determination to cross the point of no return inspired everyone involved in this gigantic operation.

When the only way is forward, teams always find a solution.

Change Happens from Within

Dunkirk was the most successful evacuation in military history, but it was a defeat nevertheless.

Winston Churchill addressed England’s reality in his inspirational speech too: “We must be very careful not to assign to this deliverance the attributes of a victory. Wars are not won by evacuations.”

Creating a culture of transparency and Psychological safety are critical to encouraging teams to take risks and experiment.

The ability of a team to adapt is critical to succeed in turbulent environments. However, learning how to accept reality rather than being at war with it, starts from within you. It’s a personal choice.

Acceptance doesn’t mean giving up. But to receive reality with open arms. It’s easier to scale a mission that started with realistic goals than the other way around.

Find the lesson. What can you do with what is actually happening? If the beach is not working, “switch your evacuation plans to the mole.”‍

Turn patience and perseverance into a strength. In times of hardship, keep calm. When you stop expecting, you start accepting.

Find the path of least resistance: Be like water. The most effective ideas are simple and born out of ingenuity. The success of Dunkirk evacuation was built on a constant collaboration between “management” and the “team on the ground.”