The Path of the Change Agent

The path of the changemaker is difficult, challenging, and not always rewarded. However, no one can take that experience away from you. Let's discover the path together. 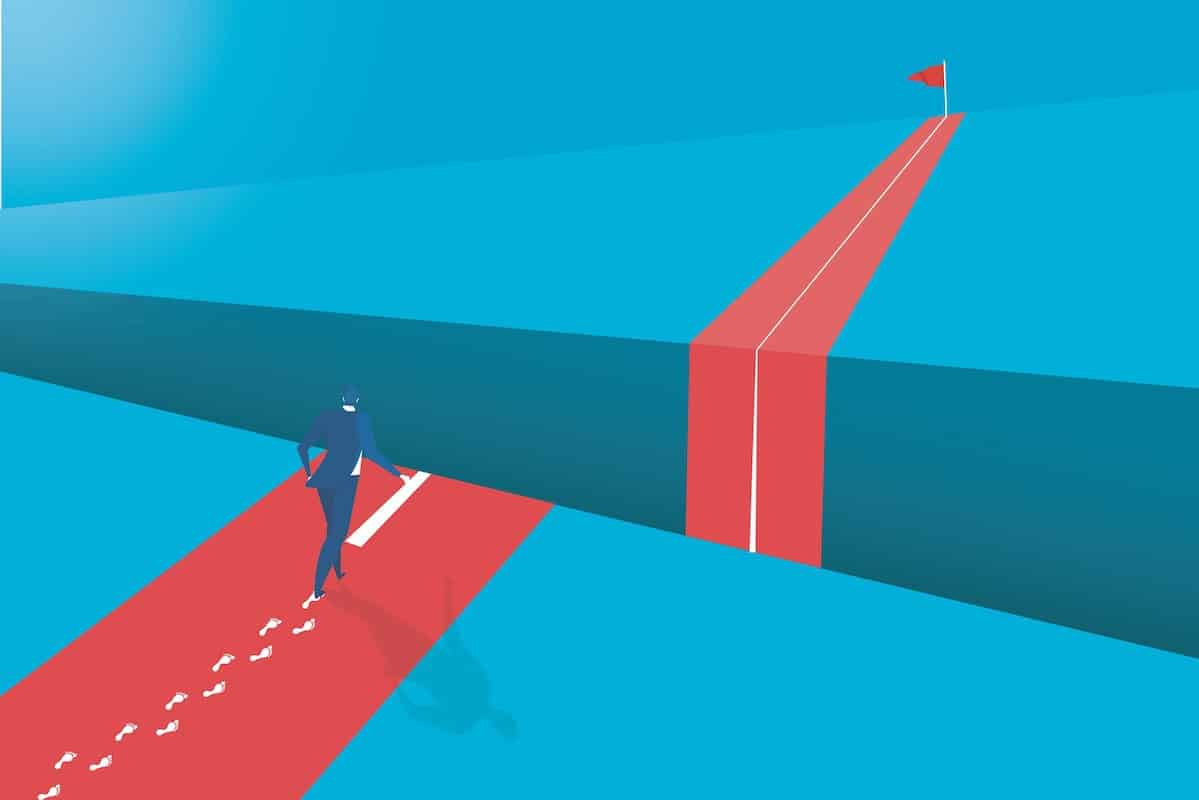 Be patient and resilient–let the path reveal itself.

Being a change agent is the most rewarding yet frustrating path you can choose. There’s a better way forward, but getting there is messy and unclear.

“A change agent is a person who cannot help but to improve things. It’s like an addiction or a habit.” — Henrik Kniberg

I’ve always experienced the joy of fighting uphill battles — both as a former CEO and now culture transformation consultant. That’s why I find it intriguing that the number of change agents complaining about how hard their job is, is growing.

Having a formal (change) title doesn’t give you influence or make things easy.

People think that because they are tasked with leading change, things should go smoothly. They complain that things were easier at their previous company or that, even though they were hired to transform a company, they face strong resistance — even from senior leaders.

The path of the change agent is not easy. It requires resilience, not comfort. Here are some thoughts to help you overcome the uphill battles.

1. Being a change agent is a mindset, not a position

It’s not your title, but your mentality, that will move things forward. Your job is not to be in charge of change, but to facilitate the right environments and methods.

The role of change instigators is to lead the vision for change, not to control the process. They start the fire and inspire people but then step back.

Some people see a problem and complain about it. Change agents are always looking for ways to improve things but know they cannot do it alone. They are the architects of the movement but let others build the future.

Driving change is a collective effort; it cannot be limited to the work of just a few. Unfortunately, ‘formal’ change agents want to own change initiatives, thus creating a divide.

When change agents become deeply invested in fixing what’s broken, they become the ‘fixers’ and, at some point, things get personal. It develops into a “us” versus “them” situation; this is a problem.

Change is not about replacing the existing culture but building on what’s working. Successful change agents amplify the good in an organization. They integrate old and new elements.

Smart change agents never work alone. They “scale themselves,” as Henrik Kniberg explains in Confessions of A Change Agent.

Many organizations have turned resistance to change into a pejorative term; they label people as “resisting change,” making things worse. Rather than opening up, people’s resistance increases.

Resistance to change is a signal. If you are not getting resistance it is because you are not pushing the organization beyond the comfort zone.

What if you approach resistance as a signal, rather than as an issue?

Resistance is both positive and fun. It’s a confirmation that we are on the right path, but it also makes the way of a change maker more interesting.

Overcoming resistance is an exciting challenge to solve. Empathize with people and understand the fears or emotions that get in their way. What is the loss associated with change? How can you help reframe the narrative?

Don’t be a perfectionist. Change is human and messy. Things don’t change overnight and neither do they do so in a perfect structured form.

Don’t try to change everything at once, either. Moving an organization out of inertia is a crucial first step. Aim for progress rather than for perfection.

5. Sell the problem, not the solution

If you want people to be part of a change initiative, don’t impose a solution; let them co-create it. Rather than selling the “what,” focus on the “why.”

Henrik Kniberg calls this, “Selling the problem, not the solution.” You might create the illusion that change is moving faster, but it won’t get any buy-in.

Explain the nature of the problem and why people need to solve it. Let people own the problem so that they want to be part of the solution too.

Sell what’s possible. Align people around the problem (“We need to cross the river”) and let them find the best solution.

By selling the problem, you will not only get more buy-in but will uncover better solutions. Instead of merely building a bridge, some might suggest changing the course of the river or building a raft.

The role of leaders is essential, but not enough to effectively drive change. You cannot just depend on a few people. Your company must discover every ‘secret’ change agent that can help.

As Pascale and Sternin explain in this article, most organizations have people working at half their potential. The key is to engage the members of the community in the change process.

Who can help and support your cause?

The authors share an example of how Hewlett-Packard solved the thermal transfer issue affecting the life of a computer. The problem was seen as a ‘low-janitorial job’ — engineers wanted to tackle more intellectually challenging issues.

However, one engineer recruited 100 colleagues resulting in some unique solutions. This innovation funneled millions to HP’s bottom line thanks to the savings generated from cooler machines.

The Path of the Change Agent Reveals Itself

Driving change is messy, unpredictable, and human. That’s the most intriguing, magic part. Enjoy the journey and focus on the start, not on the end.

You will always face resistance — both internal and external. The bigger the challenge, the more rewarding the journey is. How bad do you want what you want?

Stop looking for things to be easy or clear. Follow the path; the way of the change agent always reveals itself.