The Problem with Job Titles (And How to Fix It)

Titles promote competition and silos. Get rid of titles and build a culture of abundance, not scarcity. 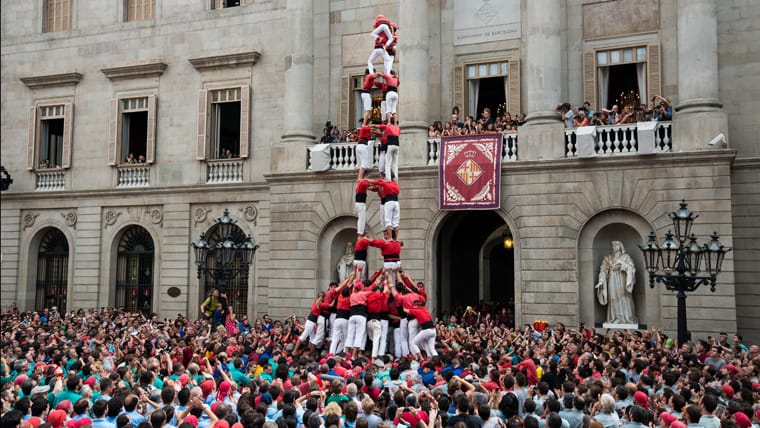 Promote a culture of abundance, not scarcity

Titles encourage competition to make it to the top rather than doing great work.

“It is not titles that honor men, but men that honor titles.”— Niccolo Machiavelli

A title is not a superpower.

Getting promoted won’t turn you into a superhero. A new title won’t increase your ability to create impact.

Executives that are lousy managers won’t get better just because they are promoted. Those who are afraid to speak up, won’t become more courageous by having a bigger title.

The ability to drive change is not directly correlated to a title.

However, we let a job title define our identity, self-esteem, status, and more. That’s why most people hold on to titles: they want their fair share of recognition.

The problem with titles is that we’ve turned them into currency. Instead of facilitating work, they have become a bargaining chip.

The way most organizations use titles is painful; it creates toxicity rather than clarity.

Are titles a necessary evil?

We live in a culture with a strong sense of scarcity. And job titles are the perfect currency.

The higher you get into the corporate ladder, the fewer growth opportunities you have. Getting a bigger title equals being part of a selected few.

But what happens when you get rid of titles?

To level set the ground, when kicking-off a team offsite, I like to ask people to tear their business cards while saying “I’m no longer (their title), I’m just (their name).”

This simple practice is very liberating. But for C-level executives, it feels painful. They can’t let go of their title. Even it’s for one day.

Titles, like power, create attachment. The higher your position, the more you can lose if you make the wrong decision.

That’s why most people become more conservative once they are promoted. The paradox of titles is that people believe it’s a superpower, but, once they get it, they feel powerless.

Titles can buy you power in many organizations. Their status allows executives to make certain decisions (or not). However, having the ‘right’ title doesn’t mean they will make better decisions. Or make any decision at all.

Promotions or titles are not a problem. How organizations use them as a bargaining chip is why titles are painful.

The Problem with Titles as Currency

“Never confuse the hierarchy that you need for managing complexity with the respect that people deserve. Because that’s where a lot of organizations go off track, confusing respect and hierarchy, and thinking that low on hierarchy means low respect.”— Mark Templeton, CEO, Citrix

Titles are painful. That’s why people want to get rid of them. Though I support that approach, I came to realize that eradicating the pain won’t eliminate the root cause.

My direct experience with self-organization was exciting but left more questions than answers. Shifting from ‘traditional’ titles to ones defined by the roles people played provided clarity. It also opened possibilities: people can play more than one role; traditional titles put people in a box.

The problem is not the titles but using them as a ‘scarce currency.’

Some organizations have adopted purpose-driven titles. Make-A-Wish CEO invited employees to create fun titles to supplement their formal ones. A nurse who gave lots of immunizations became a “quick shot;” an X-ray technician became a “bone seeker.”

Though this approach makes many people skeptical (me included) research has found that “creative titles” can be very effective. Studies have shown that, when people are involved in creating their own titles, engagement, and job satisfaction increase.

Titles are ingrained in our culture. Before making dramatic changes understand what you are solving for. When titles equal to power, removing them doesn’t help you at all; power will simply shift its form.

Royalty, Religion, and Military turned titles into a currency way before the first corporation was created. Here’s how pervasive those practices still are:

Unfortunately, these practices are still present: organizations use titles as currency. Overcoming the abuse requires more than getting rid of nobility ranks.

Building a Culture of Abundance

“For a long time, I wanted to pretend that everything could be flat and symmetrical and that everyone was an equal here, with an equal voice. But flat organizations, like irony, don’t scale.” — Paul Ford

Hierarchy, like titles, is not the problem. How those in power abuse it, is the issue.

Stanford professors Deb Gruenfeld and Lara Tiedens demonstrated that it’s impossible to find organizations where all members have equal status and power. Whether researchers study people or dogs, hierarchies are evident after just minutes of observation.

Even when a group of strangers meets for the first time, a hierarchy of leaders and followers emerges immediately.

Consider the poster child of self-organization, Zappos; it got rid of middle managers but still has a CEO. There needs to be someone to set the vision.

What we need is a more flexible approach to titles. The first step is to shift from ‘scarcity’ to ‘abundance.’

How to Let Go of Job Titles

Either if you are a leader or a team member, you play a critical role in encouraging a culture of scarcity.

Remember, change is not linear. It’s not a top-down thing; it should happen from every angle of the organization. Change is a personal decision: people don’t want to be changed by others. Change happens from within.

Building a Culture of Abundance is a collective effort. And it’s anything but easy. It starts by challenging your own assumptions. Most of us were we were raised in organizations that promote ‘scarcity.’ And are used to everyone protecting their turf.

As Stephen Covey said: “People with a scarcity mentality tend to see everything in terms of win-lose. The more principle-centered we become […] We believe other’s people success adds to, rather than detracts from our lives.”

You don’t need to throw everything away. Start by making small changes. Experiment, use feedback to tweak and accelerate transformation. Focus on driving advocacy. You need to build momentum before making drastic decisions, such as getting rid of the titles.

1. Start by being honest: Employees mimic their leaders’ behaviors. If you are following your gut (which you should, as I wrote here,) don’t over-rationalize your decision-making.

2. Titles should enable behaviors rather than limit participation: When titles are used rigidly, “this is not my job” becomes the norm. The team or organizational purpose is what should drive your team’s work.

Self-organization redefines people’s titles based on the roles they play. One of the most exciting contributions is that specific roles apply to every team member. Regardless of your particular roles, if you are part of a team to need to play the ‘team roles’ too. This is an effective way to have people dropping the ball.

Also, take some inspiration from Disney or Make-A-Wish, as I explained before. Using ‘creative titles’ to complement formal ones, could be the first step towards loosening “nobility status.”

3. Aim for Fewer levels: Having too many layers encourages people to focus on being promoted to the next level. The first step could be eliminating the Senior, Junior, Semi-senior thing. Those ‘sub-categories’ create exclusion: ‘juniors’ are never listened to. I’m not advocating for flattening the structure. Organizations need people with different experience and seniority. But you don’t need to be reminding people about their ‘status’ all the time.

4. Broaden salary ranges: Some people are excellent middle managers but don’t have the passion or ability to lead a whole department. When the only way to earn is getting promoted, it creates a disaster for both the employee and the organization.

Your remuneration system shouldn’t cap those who are doing an amazing job and creating a significant impact simply because they will never become a C-level executive.

5. Clarify how authority is delegated. What happens when the ‘boss’ is absent? Or when the ‘leader’ doesn’t want to make a call? Create a process that protects the organization from getting stuck.

Create rules that encourage authority distribution. Most companies have clear rules of what people CAN’T do rather than how to solve for when things are not happening. You might find this surprising, but the “we don’t know how decisions are made or who can make the call” is a recurring theme when I’m facilitating a team offsite.

6. Redefine authority as a team. Don’t just delegate tasks, delegate the power of making decisions to make things real. Create projects in which you can take full accountability.

7. Promote inclusivity. Most meetings are biased. When it comes to evaluating choices, senior leaders tend to take over. Create a space for junior people to speak up. Let introverts or those who are not considered ‘normal’ to share their thoughts. Diversity of thinking is what makes the team richer, not group thinking or senior leadership takeovers.

8. Become more aware of your influence. Regardless of how much you let go, you will always be a leader (remember: hierarchies are still present even if they are not explicit).

Be mindful of how others look at you. Pause, don’t be the first to talk. Listen more. Look at people’s reactions when you speak. You will immediately realize if they are buying into what you are saying.

Ask questions rather than jump to provide the right answer.

Change requires building a habit. If you quit smoking for one day or even a week, that won’t turn you into a former smoker.

When you are trying to build a culture of abundance, you will be put to the test. Your team will try to realize how serious you are or if you’d soon revert to your former title addiction.

You are more than a title. It’s time to ease everyone’s pain.

What drives your organization? Scarcity or abundance? 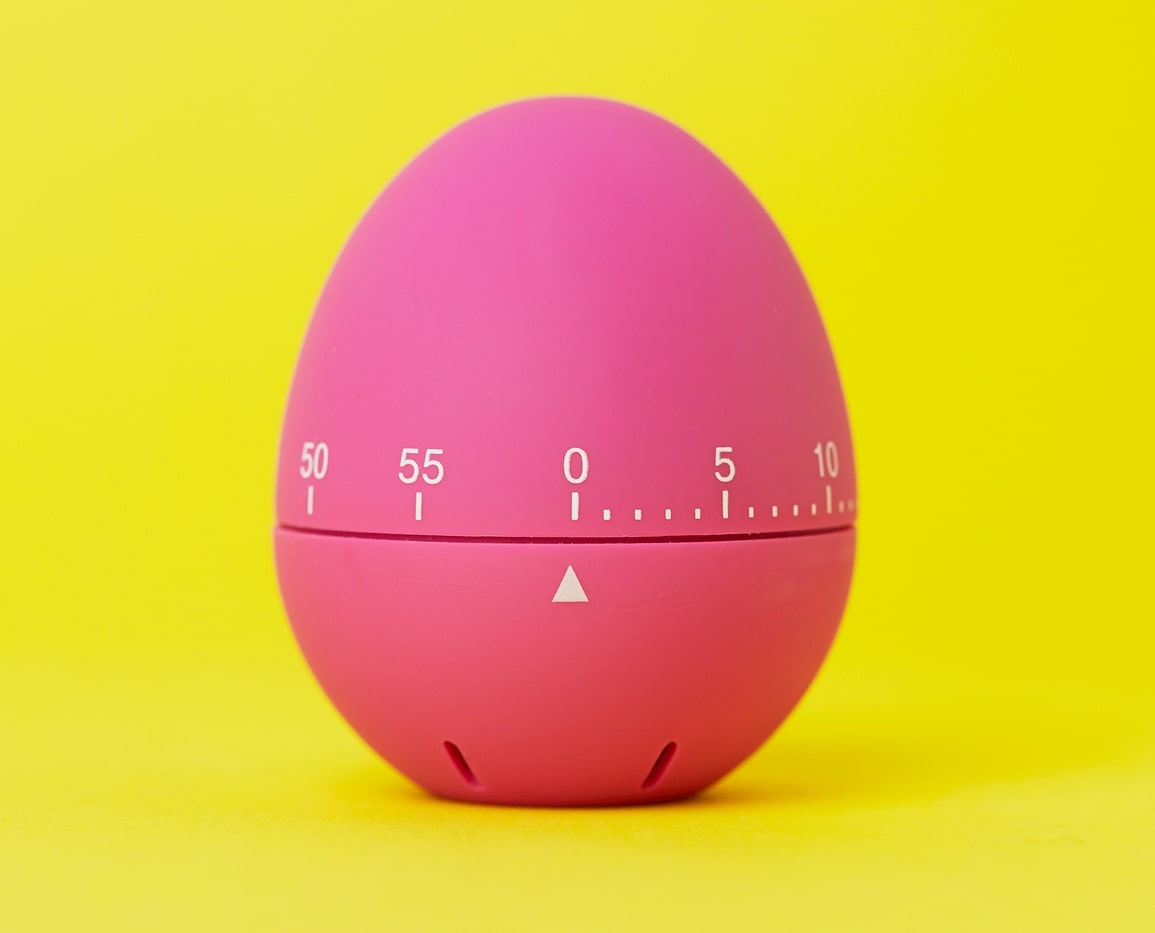