The Remarkable Truth about Trust

Most of us have a transactional approach to trust - we trust only those who trust us. But, what comes first? To trust or to be trusted? How to build trustworthy relationships. Trust is not easy, but it’s worth the risk 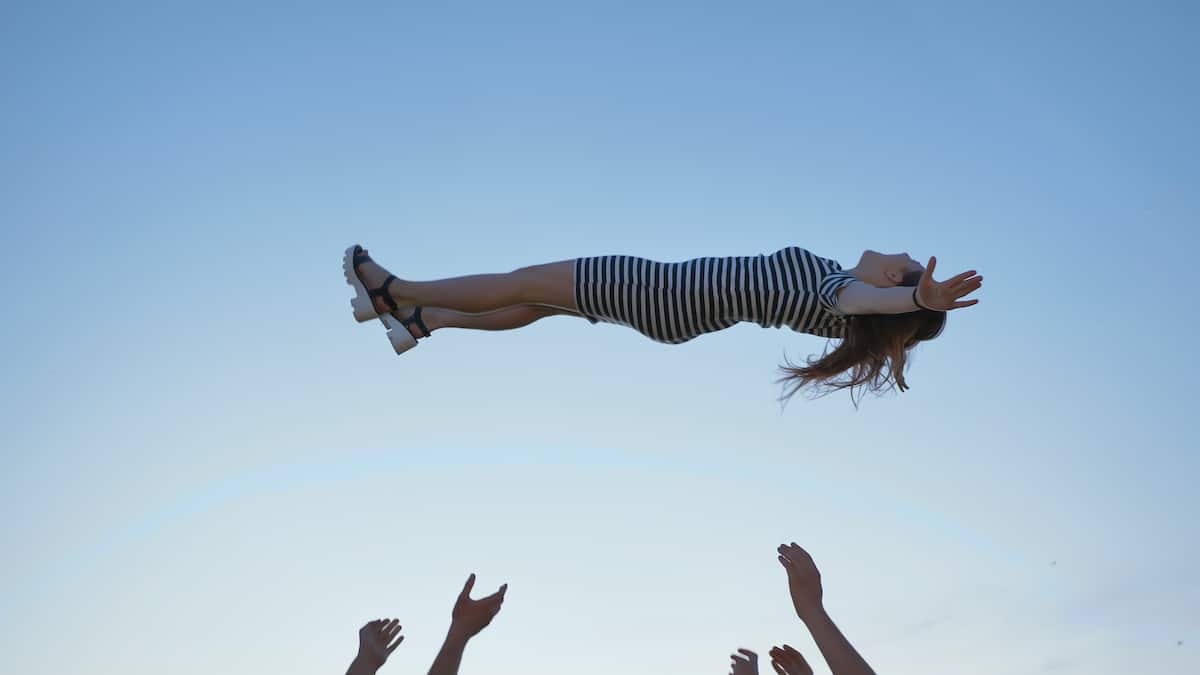 Trust is the intersection of hope and fear — we want the best but think the worst can happen.

What comes first, to trust or to be trusted?

Most of us are uncertain about who to trust. It’s not always clear when trust is appropriate. Or how much risk we should take. But, mistrust is harmful — we cannot enjoy life if we are suspicious.

Trust is the glue that holds people together — from chance encounters, work relationships, friendships or intimate ones. It’s the foundation of human connections. Trust gives us permission to act freely.

Trust is a risky game. But, approaching it with a transactional mentality won’t increase your odds. Focus on building relationships rather than on what others give you. You can’t expect others to be trustworthy if you don’t trust them first.

Trusting people is the most logical thing to do.

The Price of Empathy

Trust facilitates our emotional connection with people — it makes us feel we are in sync.

Oxytocin turns mothers into moms. It strengthens mothers’ reactions to infant faces and gestures. Mutual trust within happy couples is reinforced by the presence of the same hormone. Loving, affectionate, and sexual exchanges between partners also release oxytocin.

Our body is designed to trust others. However, our experiences seed mistrust. Parents’ failure to deliver on their promises creates insecurity in their children. Relationship infidelity can relive childhood experiences — they make the aftermath even more painful.

Sometimes mistrust can play a dominant role in our life. Past disappointment, lies, or betrayal can cause this issue. Distrust is a valid response, but it shouldn’t drive our relationships. A total lack of mistrust could cause anxiety, fear, and low self-esteem — by trying to protect ourselves, we create more harm.

Why is it so difficult to overcome trust issues?

We are biased. Our past experiences tint our perception — we pre-judge people. As Joshua Coleman writes, surviving betrayal makes us hyper-vigilant. While this reaction is evolutionarily intended to prevent suffering again, it has a downside too. Hyper-vigilance can keep us isolated from others.

Trust is the glue that holds relationships together, yet we are afraid to trust people.

The remedy for this paradox is empathy — to trust others we must see their vulnerability first.

Understanding others doesn’t mean condoning what they did to you. Forgiveness doesn’t mean forgetting. It’s not justifying or overlooking an event. It’s choosing to let go of resentment — you eliminate the suffering, not the wrongdoing.

Forgiving is hard, but not forgiving hurts more, as I wrote here. The person who hurt you might not deserve your pardon, but you deserve to be at peace.

The pain that someone caused you is real and valid. Legitimate mistrust is a natural self-protective mechanism. It helps you avoid being hurt again. But, constant trust issues — fear, doubt, and suspicion — can quickly turn into self-sabotaging.

Empathy is not as hard or costly as most people think. A study revealed that we don’t want to make the mental effort to connect with others. By trying to protect ourselves from potential harm, we stay away from people.

In the experiment, participants reviewed images from two sets of cards. For one deck, they had to describe the physical characteristics of the person. For the other, participants had to feel empathy for the person in the photo — and also to guess their feelings

Participants were told to choose freely between decks. Almost everyone picked the decks that didn’t require feeling empathy, even for the photos of happy people. They consistently avoided connecting emotionally with strangers.

However, after people were told they were good at feeling empathy, their ability to see others dramatically increased. They started selecting more cards from the empathy deck. And they also reported that empathy required less mental effort than those who were told they weren’t empathetic.

Without trust, there’s no collaboration. As a culture designer, I spend a lot of time helping teams build or recover trust. The biggest challenge is that no one wants to give the initial step — they expect others to show their trust first.

Trust is personal. But, collective trust requires everyone to contribute to building psychological safety. People must adopt a positive and generous mindset, rather than a transactional one.

There are three types of relationships according to Aristotle — two of them are shallow.

The first one is functional. People are in it for mutual benefit. It’s a zero-sum game relationship — both parties want to balance their gains and losses. The second kind of relationship is driven by pleasure. It’s built on the foundation of how others make us feel.

Think of a work relationship, for example. You may enjoy the time you spend together or benefit from that interaction. But, if something changes, you easily move on.

Those two types of relationships are transactional. The moment the other part stops giving us what we want, we feel betrayed. Or, if we think we are putting more into it than the other side, we feel disappointed.

The third type of relationship cannot exist without trust. It is based on a mutual appreciation of the virtues each person brings to the table. It’s the people and their qualities what define this kind of relationship — not the functional benefits.

As H. L Menken said, “It is mutual trust, even more than mutual interest that holds human associations together.”

Without empathy, it’s hard to build deep relationships. We must see and accept others for who they are. Their uniqueness makes our life more enjoyable. Relationships of virtue take more time to build than functional ones. They depend on developing mutual trust.

When you respect and accept a person for who they are, you are willing to take risks. Rather than worry about being hurt, you are free to enjoy spending time with them. Trust is a two-way street. What you bring to a relationship is what you get.

Trust requires time and purpose. Life is not a smooth journey. The ones you love will hurt you — and you’ll hurt them too. When we accept our own betrayals and mistakes, we are more willing to forgive others’. It’s the price to pay for the good moments that bring magic to our lives.

A mutual trust relationship succeeds by integrating both negative and positive experiences — we adopt a “yes, and” approach.

Trust Is a Virtue

Trusting strangers can be the rational thing to do, according to Paul Faulkner co-editor of the book The Philosophy of Trust.

We act on the basis of trust. It’s central to our social lives. Trust drives cooperation by exercising both explicit promises and implicit commitments. We must continually cooperate with people we don’t know–life is not a war of all against all.

Similarly to Aristotle, Faulkner explores the difference between seeing trust as transactional or as a virtue.

The philosopher illustrates the trust problem with the trust game. In this experiment, there are two parties: a trusting party or ‘investor’ and a trusted party or ‘trustee.’ The investor must trust that the trustee will return a part of the gains. If he does share, both parties win.

So, what prevents the trustee from keeping all the money?

On the functional side, if the game repeats, the trustee will lose by keeping the money — the investor won’t give him more in the subsequent rounds. Acknowledging long-term benefits and risks builds mutual trust.

However, there’s a more remarkable truth about the nature of trust.

When we don’t know someone, reliance becomes more problematic. First, there’s a chance they could betray us. Second, it might be a one-off interaction, so the long-term benefits don’t matter. Third, we don’t know the other person’s motivation.

Surprisingly, the data shows a different picture: people by and large trust one another when playing the trust game.

The problem of trust arises when we see it only as a means to an end. When we think that trusting someone depends on the other person — if they are trusting or trustworthy. Or when we see trust as something transactional — we value the good things that might come from trusting someone.

However, trust is a virtue — it’s about who we are, not about others.

Think of generosity as a proxy. Being generous is giving something without expecting anything in return. Generous people are optimistic. They don’t play a zero-sum game — doing good makes them feel happy.

‍
“The best way to find out if you can trust somebody is to trust them.”“― Ernest Hemingway

Valuing trust itself requires an optimistic attitude of goodwill, as Faulkner explains. Trust is a virtue that starts within ourselves. Being suspicious makes others doubt us. When we take the first step, we can make our trust contagious.

In having an attitude of trust, we think well of others. Our presumption of optimism encourages the other to act well too.

Value trust in its own right.

Have Faith in People

Trust is not an assessment of people but a virtue that expresses how we approach relationships. Having faith in people gives us a reason to rely on the people we trust to do the right thing.

Trust is an attitude — it inspires others to trust us too.

I usually trust and trusted people. Did people betray me, lie to me or disappoint me? Sure. But, in many other cases, they didn’t. If I hadn’t trust people, I wouldn’t have achieved half of what I did. I wouldn’t have built any deep relationship either.

One of the hardest things in life is realizing we cannot control others. People are autonomous just like you. That realization frees us from disappointment — we stop expecting and start accepting.

In the end scene of Manhattan, Isaac Davis (Woody Allen) can’t accept that Tracy is leaving. She is about to catch a plane to Europe. Though Isaac always encouraged her to explore the world, now he is hesitant about Tracy having that experience.

Isaac worries that, in six months, she will be a completely different person. That means that she will want to be with someone else, not him.

Tracy, the wise 18-year old played by Mariel Hemingway gives everyone — not just Isaac — a remarkable lesson in trust:

“Not everybody gets corrupted. You have to have a little faith in people.”

Trust is not easy, but it’s worth the risk.