The Team You Need to Lead Change

If you want to lead change, go together. How to design a change leadership team. 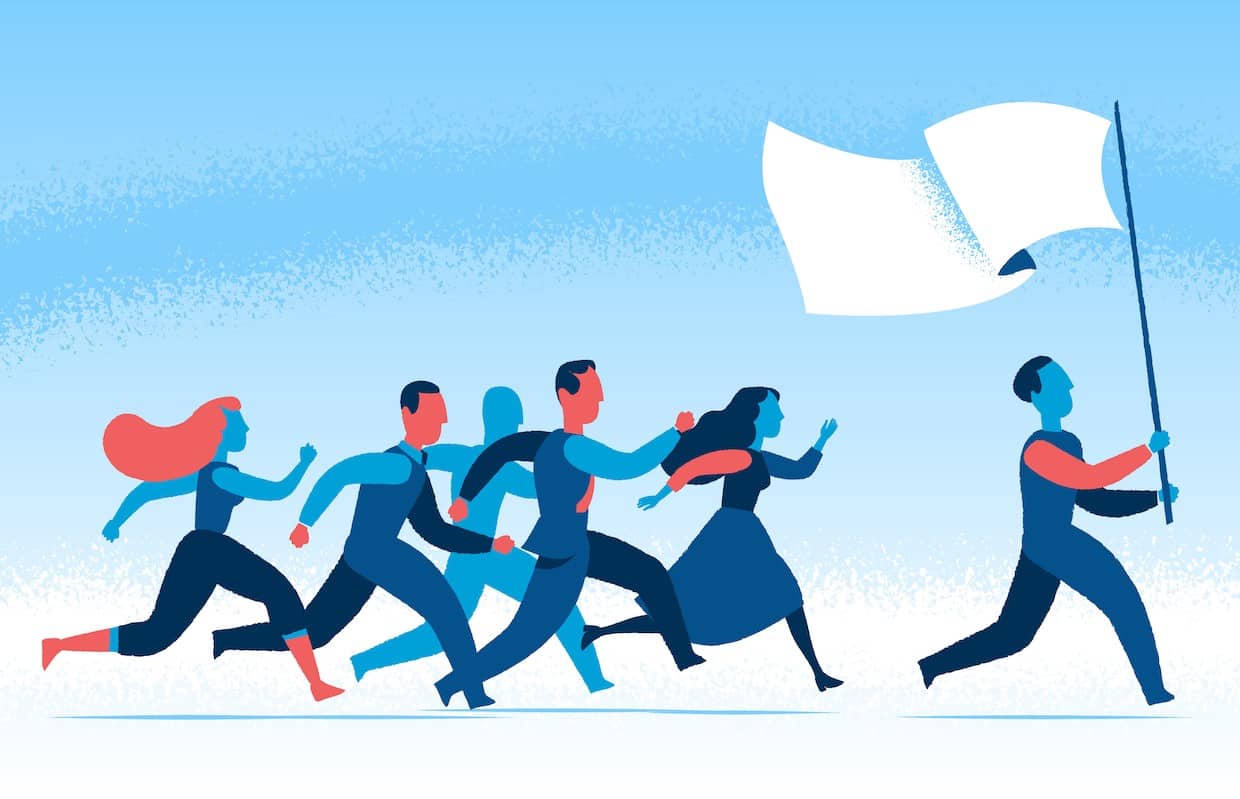 How to design your change leadership team

Nupedia, the precursor to Wikipedia, was a failure. The organization was designed with a top-down approach; there were seven-stage review processes and endless committees.

This command-and-control culture made it impossible to do any work at Nupedia.

Jimmy Wales, the catalyst behind Wikipedia, took a different route. He understood that long-lasting change is built by a group, not by one person.

The Hidden Power of Instigators

In Wikipedia, a large team of collaborators runs the operation, not the CEO. They all change and evolve together.

By implementing an editing policy based on trust, Wales was able to build a decentralized, successful company. He created the vision and then stepped back.

In The Starfish and the Spider, Ori Brafman and Rod A. Beckstrom build a case for letting a catalyst, not a CEO, lead organizational change.

Catalysts, or instigators as I call them, design the transformational vision, start the movement, and then cede control to the team.

CEOs love to be in the spotlight. While a change instigator looks and acts like a peer, a CEO is ‘the boss’–they are in charge and want to dictate how things are done.

The CEO’s job is to create shareholder value. That’s why they have a rational approach and want to control the business. Change Instigators depend on the strength of the relationships: their job is to create a team of change agents.

Change instigators are not suited for all organizations. Want to drive change from within, rather than by coercion? Then, bring in a change instigator.

Instigator is not a fancy name to refer to a boss. They lead the vision for change but they don’t control the process. Instigators start the fire but then step back.

An instigator is the architect of the movement. They design the vision, inspire others, build the teams, and let them take over.

Instigators don’t just know people; they are excellent at mapping how each person fits into the team.

Besides the instigator, a successful Change Leadership Team should have the following roles:

The champion is the alter-ego of the instigator. While instigators are always looking to start new movements, champions stay the course.

Champions are natural people-persons and salesmen. They are the builders of the movement.

Coaches help prepare the team to develop new skills and practices. Their role is to guide people as they learn and practice new methods; they facilitate new ways of working.

Teams are those who will benefit the most from the new approach. Their role is to deliver value to the organization and help it grow. They are the practitioners of the new ways of working.

Finally, experts bring wisdom and credibility to the table. The profile of this role varies depending on the nature of the project. Experts provide unique expertise in a specific area–they are the master of something specific, not everything.

Read this article to learn how to build teams based on roles, not titles.

In global organizations, it makes sense to have local instigators and local change leadership teams working in collaboration with the global ones. One doesn’t report to the other; they both co-design the change.

While I’ve helped transform various organizations that lacked ‘formal’ support, having the CEO as an advocate makes things easier.

CEOs not only endorse and make an initiative ‘official,’ they establish clear priorities and can reallocate resources to help the new initiative start off on the right foot.

Other senior executives can help accelerate change by acting as Sponsors. They can provide both political support as well as sharing resources that can help the Change Leadership Team.

The sum of both the CEO’s and the sponsor’s support sustains the legitimacy of the change initiative.

There’s a third role that helps kick-off and support the Change Leadership Team: the change designer.

Usually, this role is played by an external consultant or firm. They provide insights and expertise from having helped other organizations.

The change designer helps design the transformation journey. Their role is not to create a roadmap but rather identify the key mindsets, methods, and ways of working that can help upgrade the organizational culture.

The end goal of the change designer is to build capacity and autonomy, not dependency. That’s why I named my firm Fearless Culture – we help teams lead from a place of courage.

When helping organizations transform their culture, we prepare instigators and champions so that they can absorb the role of change designer.

Designing the right change leadership team will drive participation and accelerate your organizational transformation. Most people don’t have the training or tools to lead change.

Design a team that has clear roles, coaching, and methods that create quick wins and build momentum. Create long-lasting change by doing it together. Support the team and then step back.

What Is Workplace Culture And Why It Matters?

How to Build A Successful Workplace Culture