This Idea Will Get You Fired

How to overcome groupthink and cross the line. 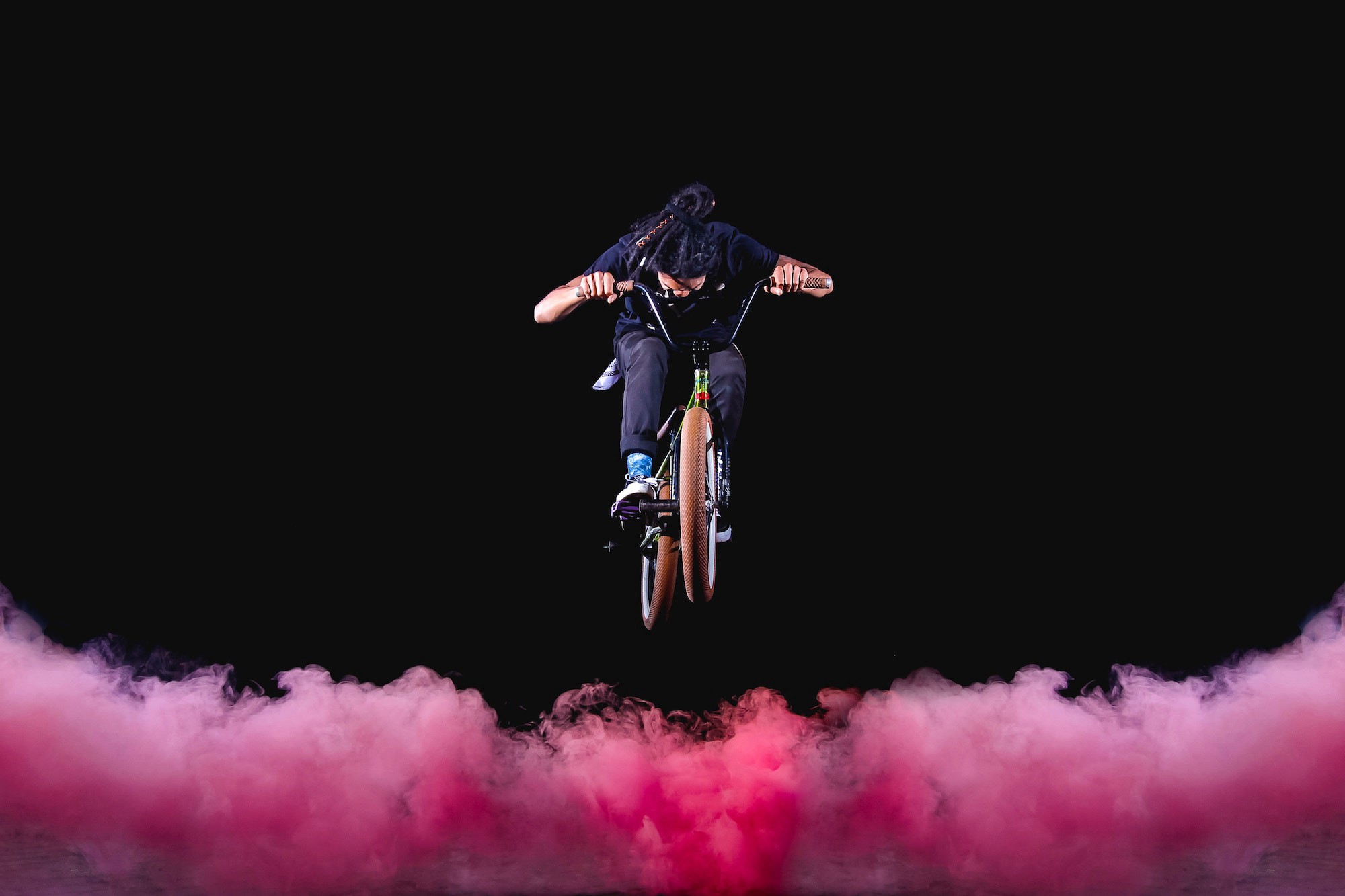 Creativity is the bloodline of any organization aiming to succeed in this fast-paced and unpredictable world. Lack of ideas is not the problem — their quality is the real issue. Many organizations have successfully incorporated new processes and approaches to become more innovative; however, the outcome is still not on par with the original ambition.

Organizations are generating more ideas than ever, but most of them are worthless.

The problem is not just people related. Most teams set the bar too low when it comes to generating and selecting new ideas. Thus, hurting internal innovation.

People are keeping their best ideas to themselves. Group thinking is a clear signal that your team is afraid. They are choosing conformity over being original.

Regardless if you are seeking pipelines of innovative products, process improvements or breakthrough solutions to develop a customer-centric culture, you should worry that your colleagues are keeping the best ideas in their back pockets.

Group thinking is a dangerous behavior

“Group Thinking” or lack of courage to ask the tough and strategic questions is the chief weakness on Boards today.”— Pearl Zhu

Groupt hinking is one of the most damaging behaviors a team can have.

The term Groupthink was coined by social psychologist Irving Janis to describe how consensus seeking can derail a team from critical thinking and analysis.

Group thinking is both detrimental to innovation and effective decision-making. As Janis said: “concurrence-seeking becomes so dominant in a cohesive group that it tends to override realistic appraisal of alternative courses of action.”

Groupthink causes people to follow the leader unquestioningly, sometimes without knowing it.

The 2003 Space Shuttle Challenger Disaster is a perfect example of how groupthink does anything but keeping you on your toes. It was proven that NASA engineers, can become complacent in the face of a potential problem that has not gone badly wrong before. When the signals are weak, the group mentality decides not to challenge it — everyone stops paying attention.

Ayn Rand said: “A “collective” mind does not exist. It is merely the sum of endless numbers of individual minds. If we renounce individual creative supremacy for the sake of the “whole” and accept humbly the “whole’s” verdict — we don’t get a collective super-brain. We get only the weak, meek, submissive and impotent collective mind.”

Intense pressure and time limitations induce the need for consensus.

Our brain is not wired to tolerate uncertainty. We look for cognitive closure — we prefer sure, yet negative or incorrect, answers instead of navigating unchartered waters to get the best solution.

So, can you overcome your brainstorm from being doomed?

Brainstorming became a hot topic fifty years or so ago when Alex Osborne wrote Applied Imagination, an influential book that proposed that “the average person can think up twice as many ideas when working with a group than when working alone.”

Design Thinking and Agile methods have popularized the notion that teams are more creative than individuals. Today, most organizations and business schools find it almost heretical to argue the opposite.

However, plenty of research demonstrated the opposite: individual creativity is better — collective brainstorming promotes groupthinking, thus lowering the bar.

First is the ‘free-rider’ issue: some people don’t feel obligated to participate when others start contributing with many ideas. Second is the ‘evaluation apprehension:’ some self-censor many of their ideas for fear of being judged by others. The third explanation is ‘production blocking:’ as people start voicing their ideas, those who must wait for their turn may forget theirs or merely lose enthusiasm.

Similarly, research by professor Eric Rietzschiel states that during group selection (rather than generation) of ideas also reduces novelty — groups prefer and select ideas that are feasible over those that are original.

The individual versus collective idea generation debate is a never-ending one.

Proper facilitation and certain tricks can offset some of the issues expressed above. Also, mixing both individual and collective brainstorm rounds can help bring the best of both worlds. Mainly, to make sure that the voice of the quiet people is also considered.

However, the biggest issue behind lowering the bar is a more profound fear — one that can hinder people’s creativity regardless if they are brainstorming in a group or flying solo. The fear of being judged by others is not just about being ridiculed or lack of psychological safety.

Losing their jobs is the most profound fear that people suffer from at work. This underlying threat brings out the worst, not the best, of your team.

This idea will get you fired

This past weekend I flew from Chicago to Monterrey to facilitate a three-day workshop: “Overcoming resistance to change.” The program addressed the three most frequent obstacles that innovators usually face: people, resources, and the organizational culture.

Ironically, the teams got stuck when brainstorming solutions to overcome some of the obstacles. It’s because the most significant resistance we all face is internal. We are both our best ally and worst enemy. Our mindsets and emotions get in our way, limiting our potential.

Instead of dancing around the issue, I provided the team with a simple prompt — one that usually helps me get teams unstuck.

“Generate ideas that will get you fired.”

The reaction from the participants was a clear proof that this prompt had struck a chord.

Everyone stopped. “Are you kidding me?” — Their faces seemed to ask. We all have a hard time dealing with counterintuitive stuff. “Why should I do something that might get me fired?” — they asked.

However, when they realized the purpose behind this challenging prompt, they jumped right into action. By addressing the elephant in the room, people feel liberated — the prompt not only raises the bar, but it also increases productivity dramatically.

Embracing their internal fear shift the team mindset from groupthinking to group encouragement — they align to take risks collectively. The mood and energy increase too.

Brainstormings are not the only part that are affected by groupthink — when it comes to select the winning ideas, collective thinking lowers the bar. The same fear operates here.

“Select ideas that will get you fired.”

This prompt challenges teams in a similar way.

Deep inside, everyone fears challenging the status quo or presenting something that is not aligned with their bosses’ expectations. But, as I wrote here, companies shouldn’t treat their team members as children. If you hire adults, provide the necessary space and freedom for them to thrive.

Challenging people to work on something that may get them fired confronts them with their most significant fear. The benefits are clear and straightforward:

Are you willing to risk your job?

Fear is a powerful emotion. It can boost your game or get in your way.

Being afraid of getting fired is natural; letting that fear limit your creativity is not healthy. I’ve seen more people getting fired for not doing anything than for taking risks.

Fear is not the enemy; paralysis is.

I’m not encouraging you to risk your job for the sake of it, but to feel free to share yours and your team’s best ideas. Even if that creates some friction or if your bosses don’t seem welcoming enough at first. Everyone can have a great idea; fighting for an idea that you truly believe in is what separates a change agent from the rest.

Discomfort is an indicator that you are onto something.

The notion of “ideas that will get you fired” goes beyond unblocking brainstorming sessions. It’s a constant reminder to bring your best self to work. Resistance is a signal that you are driving change, not just stuck in conformity.

Are you willing to cross the line even if that requires putting your job at risk from time to time?