This Is What Paul McCartney Wishes Your Mom Tells You Too

Life happens in the here and now. Let it be. 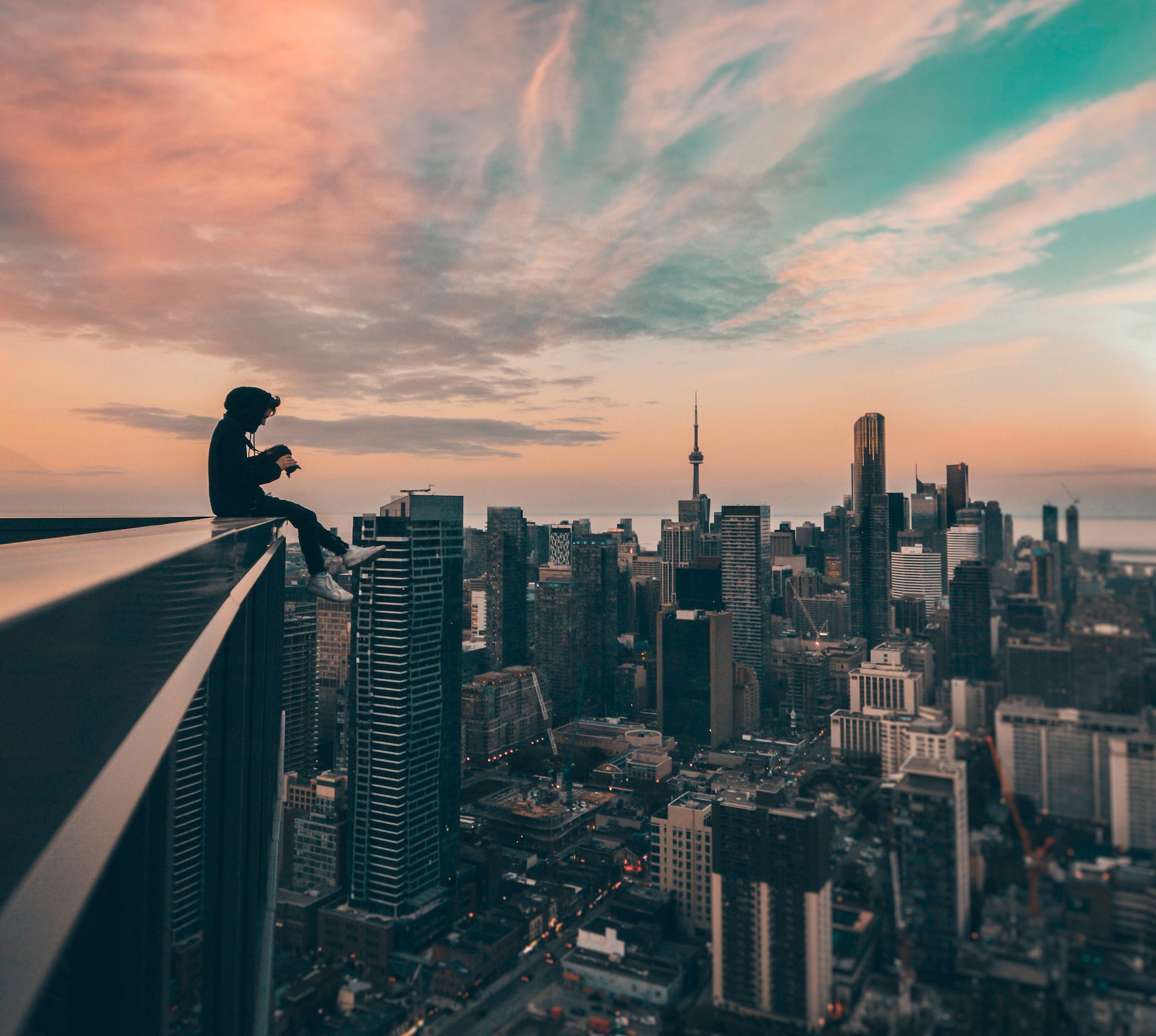 Paul McCartney had a dream that would change his life and career forever.

In retrospective, it seems it happened at the right moment and time. However, it was Paul who created the proper condition: he paid attention.

No one is immune to external pressure. In the early 70’s, the English rock band The Beatles was going through a tumultuous moment. Fatigue and stress caused by unhealthy rivalry were tearing the band apart.

That tense period was taking a toll on McCartney. Until his mother paid him a visit while he was sleeping.

Paul’s mother had died of cancer when he was fourteen — her night visit inspired him to write the song Let it Be.

“So I woke up and was, “What was that? She said, ‘Let it be.’ That’s kind of good.” So I wrote the song ‘Let it be,’ but it was her positivity. I felt like everything was going to be great.” — Paul McCartney shared the story leaving James Corden in tears.

Those “words of wisdom” inspired McCartney to compose one of the most successful songs by The Beatles. Most importantly, they helped him reconnect with the power of living in the here and now.

The life you are missing

“Past and future are in the mind only — I am now.”— Sri Nisargadatta Maharaj

Your life happens in the present; the rest is an illusion.

When you speculate about what might be and what might have been, you are ignoring what is happening now. You worry. And stop paying attention.

Time travel is a useless practice — you can’t not modify the past, you can’t predict the future either. No matter how much effort you put into it, the only space and moment you can affect are the here and now.

Anticipation is caused by tunnel vision; you are looking far ahead instead of noticing what’s going on around you. Anxiety about the outcome keeps your mind busy — you are not leaving room to enjoy the present.

Rumination, chewing sad experiences or conversations again and again, gets you stuck in the sand. Watching the same movie over and over won’t change how it ends.

We are busy keeping our lives busy — we can’t appreciate the present because we are always doing something else.

As Buddhist scholar B. Alan Wallace says: “We’re living in a world that contributes in a major way to mental fragmentation, disintegration, distraction, decoherence.”

Life is dynamic, but it shouldn’t be a moving target. When your mind is in constant transition — from one place to another, from one moment to another — it’s hard to find focus.

Why do you avoid focusing on the here?

The challenge of being nowhere

Most of the places we visit don’t exist, according to Marc Augé.

The French Anthropologist coined the term Non-places to refer to spaces where human beings remain anonymous — they do not hold enough significance to be regarded as ‘places.’

Airports, highways, shopping malls, public waiting rooms, and lobbies are perfect examples of non-places. Thousands of individual stories converge for a moment in a physical space; however, people are unaware of each other.

Augé’s “An Introduction to Supermodernity” was initially published in 2009, but now it makes more sense than ever. The author analyzes the anthropology of the near everyday life. He promotes an anthropological shift: from analyzing remote societies to understanding what’s happening closer to home — an invitation to focus on the ‘here and now.’

Traditionally, a culture was presumed to be inextricably located within a specific place and time. The shifts of modern life, exponentially accelerated by the Internet, have eroded most boundaries — the planet is shrinking.

We spend more and more time transitioning from one space to another — the notion of here is hard to grasp. Non-spaces fill a place between places. They preserve our anonymity and loneliness as we move around.

Public spaces have a clear goal. People gather at a church, synagogue or mosque to pray. We go to a park to play sports, spend time with our kids or just have a walk. Conversely, non-places are a means to an end. Going to the airport is not a desired destination — you go there because you have to travel.

The paradox of non-places is, though we have a lot of free time, we get more distracted rather than focusing on the here and now. The places that obsessively scrutinize your identity effectively strip your inner-self away.

American sociologist Benjamin Bratton said: “Airports are a critical cohabitation of security and entertainment…. It is where police deep-scan your person while blending you a delicious smoothie, without irony or affect.”

Being in permanent transition doesn’t mean that your mind has to be in that same state too. Non-places provide an excellent opportunity to reconnect with your life in the present.

Do you have a hard time focusing on the now?

An event becomes history as soon as we live it. Waiting makes us anxious. We want to escape feeling bored — that’s why our mind anticipates events.

Boredom has nothing to do with the environment; it’s not external. Take boredom in the time of coronavirus, for example. The problem is not the lockdown itself, but how you engage with it.

The desire to evade an unwanted situation or moment accelerates our inner speed. Our mind goes faster and faster when we can’t adapt to transitional places or moments. People feel the need to look ‘in a hurry’ while they are waiting in a non-place, even though it serves them no purpose.

Rushing into the airport line won’t get you a better a seat; they are pre-assigned already. Standing up as soon as the plane lands, won’t do you any favor either. You won’t be able to get off the aircraft until the people in the previous lines do so.

Leo Tolstoy said: “Remember then: there is only one time that is important — Now! It is the most important time because it is the only time when we have any power.”

What drives your need to be in a hurry?

Regulating your transition speed can help you reconnect with the here and now. When you realize that, most of the times, there’s no need to be running, it’s easier to start living in the present.

Embrace a ‘let it be’ attitude

Mindfulness is the art of living in the moment. It’s a state of active, open, intentional attention on the present as is — you are letting life be.

As Henry David Thoreau said: “In any weather, at any hour of the day or night, I have been anxious to improve the nick of time, and notch it on my stick too; to stand on the meeting of two eternities, the past and future, which is precisely the present moment; to toe that line.”

1. Everything will be all right:

When you worry, you stop paying attention to what’s happening around you. You don’t need to wait for Paul McCartney’s mother to visit you in your dreams. Everything will be all right because it always does. With perspective, all our life’s events make sense — all moments end falling in the right place.

When you stop worrying, you make room to appreciate what is happening now.

Worry keeps you busy by inaction. John Lennon said: “Life is what happens to you while you are busy making other plans.”

McCartney stopped fighting reality and let go of worrying. “Let it be” was the last single by The Beatles. After they released an album under the same name, the band split. Both McCartney and Lennon became very successful in their solo careers.

Don’t fight life, let it be. You’ll never know what’s on the other side of your comfort zone until you give it a try.

When we are waiting, we tend to look for distractions to avoid feeling bored. The paradox is that, the more you stimulate your mind, the more bored you’ll get. Boredom is powerful; stop fighting it and start mimizing distractions instead.

If you are at a non-place, disconnect your WiFi. Focus your time on doing one activity that will help you relax. Listen to music, practice some deep breathing exercises, follow a guided meditation, or just read a book.

Train your mind to be okay with doing one single thing at-a-time.

This part is essential. Most people fail at removing distractions because they shift from multitasking to no-tasking; thus, creating an empty space that drives more anxiety.

Take control of your speed by purposefully deciding when to be in a hurry or not. Life is a marathon, not a sprint. Resilience and continuity are more important than speed.

Regain the value of pausing. Reconnect with your feelings and emotions. If something is bothering you, why is it? Acknowledge your positive emotions too. Celebrate your recent achievements, no matter how small. Reflect on your behaviors, what can you improve?

Turn your transitional time in a moment for reflection or generation.

If you are facing problems at work, pausing provides room to understand why and to create potential solutions.

4. Embrace your own company

Solitude drives most of our anxiety. We are not used to be on our own. Transitional places isolate us more — they are full of people, but we are all anonymous.

Some people socialize as a distraction. You can always meet new people in unpredictable places. However, many opt to chit chat as a way to avoid their inner voice. Considering how invasive and distractive our society has become, having time for yourself is a luxury. Learn to protect that right.

Turn yourself in someone you want to spend time with.

See your inner-self from a distance. The Observing-Self is like the sky. Your thoughts and emotions are like the weather. No matter how strong the storms, they can’t damage the sky. Check out this exercise to train your observing self.

5. Celebrate every moment of life

Your expectations are stealing your now-ness. This moment, as is happening now, will never again return. Every experience is unique. When you stop appreciating what’s happening, you are missing a moment that you won’t be able to recover.

Living in the ‘here and now’ is a celebration of what’s happening, not of what you wish it happens.

As Thoreau said, the present is the meeting of two eternities, the past and future.

Life is continually evolving. We spend most of our time transitioning — rather than wasting those moments, embrace their uniqueness.

Instead of resisting the discomfort turn transitional places and moments into an opportunity to value your present time.

Life happens in the here and now.