This Mindset Will Make You More Creative and Innovative

One of the basic tenets of improv comedy is known as “Yes, and…” – a mindset that foster creativity instead of judgment. 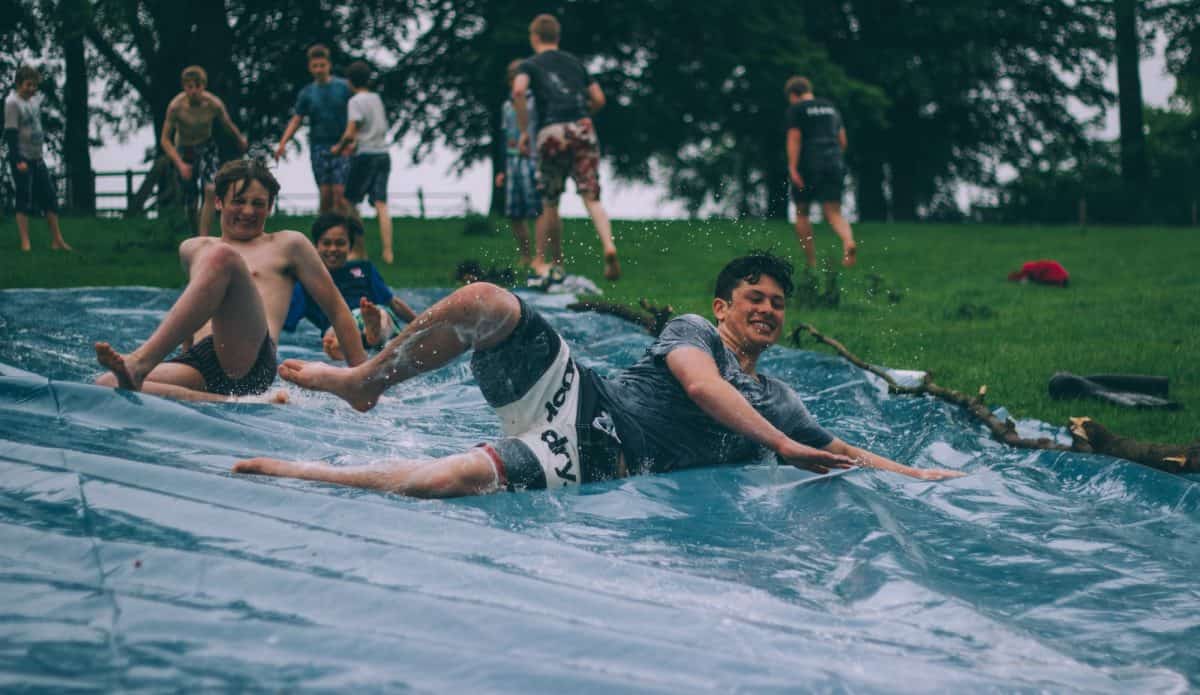 A ‘Yes, And’ approach unblocks creativity

Your birthday is coming up soon.

You want to make it the most memorable ever. So, you call your friends for help. The brightest minds get together to plan your party.

Everyone is excited. Some throw obvious ideas, others go with wilder ones. The brainstorm feels promising though it has just started.

However, after a few minutes, the energy hits rock bottom. Your friends feel stuck. Most are checking their phones; they are not looking for ideas — they are just escaping boredom.

Too many no’s kill creativity.

That’s precisely what happens to most teams at work. They start brainstorming as if they were planning a party — everyone is excited and full of energy. But, all of a sudden, the party turns into an event no one wants to attend.

Creativity requires a ‘yes, and’ mindset.

“All of us is better than one of us.” — Improv motto

‘No’ is the enemy of creativity.

Brainstorming is a game of addition. That’s why a ‘Yes, and’ approach is so effective. It invites people to collaborate and build on everyone else’s ideas.

Each idea is a step — brainstorming is about building the staircase as a team.

Planning a team party is an effective way to bring the ‘Yes, and’ spirit to life. It builds the right mindset before you kick-off a brainstorm — but also a great reminder of the power of true collaboration.

Break out your team into smaller groups of 4–6 people. The challenge: plan a party to celebrate last quarter’s achievements.

Sounds simple, right? Though every round has a trick.

Round 1: Everyone shares an idea (one-at-a-time). Every time one person shares an idea, someone else replies: “No, what we need to do is…” and explains his idea.

Round 2: Same approach. This time, the response is “Yes, but…” The person presents an objection and then shares his/her idea.

Round 3: Finally, you bring up the “Yes, and…” approach. People need to build on other’s ideas by replying “yes, and we can also…”

You don’t need to put this into practice to realize what happens.

The ‘No’ immediately drains the energy out of a team. People feel that is pointless; the brainstorm will get nowhere — everyone is focused on killing other’s ideas by pushing their own.

The ‘Yes, but’ has the same effect, but is more irritating. People pretend to be polite but are actually dismissing ideas in a politically correct fashion. It feels everyone is patronizing the rest.

A team that plays together stays together. That’s the biggest benefit of a ‘Yes, and’ mindset.

When you apply a ‘Yes, and’ approach only good things can happen. From animals — both stuffed and real-live bands, Eskimos, exotic places, you name it; the party turns into a fun and wild one.

Unfortunately, in most companies, people are wired to say ‘No’ to new ideas.

Creativity is a serious game

“Garbage in, garbage out.”

The purpose of the exercise I shared above is to help people realize what they are bringing to the innovation table.

The mindset that you bring to a brainstorm shapes the creative outcome.

Innovation and creativity are fun but are a serious game.

Creativity is the number one priority for most organizations, according to Boston Consulting Group. It’s also a competitive advantage in an uncertain workplace where predictable jobs will soon be replaced by technology.

Everyone — managers and not — should play with the ‘Yes, and’ approach. And challenge the usual mindsets that get organizations stuck.

Being right puts us in ‘scrutinizing mode’: we are looking for evidence to prove other people wrong. That’s the problem with ‘best practices.’ Once a company defines the best way to play the game, teams are expected to follow a rigid process. People are supposed to do what’s considered ‘right’ rather than experiment with new ways to do their work.

“If it ain’t broken, why fix it?” is a concept that drives disengagement. People want to be challenged, not to do repetitive tasks.

Many organizations expect their people to be flawless, but they are not. I’m not saying that it’s okay accepting mediocrity by any means. However, people are humans; they bring their personalities, emotions, perspectives, and stories to the workplace. Rather than pretend them to hide their vulnerable side, let’s realize that is humanity what drives creativity.

Perfectionism is the worst enemy of change.

Everyone talks about the importance of innovation, but very few leaders actually walk their talk. Teams don’t need encouragement and motivational speeches. To embrace experimentation, organizations must provide a safe space. They need to have a ‘mistakes policy,’ as I explain here. To rethink mistakes as a means to learn and improve.

When people are afraid of getting fired, don’t expect them to be creative.

‘Yes, but’ speaks about perfectionism: people focus on what’s not working about the idea. ‘No’ speaks about risk avoidance: most ideas are killed right after they are born.

A ‘Yes, and’ approach removes excuses and the fear of making mistakes.

“We have to continually be jumping off cliffs and developing our wings on the way down.” — Kurt Vonnegut

Successful teams know how to improvise; they play like a Jazz band.

‘Yes, and’ is at the core of Improv Comedy.

Standup comedians learn that one person is only so smart, or so original, for so long. The collective creativity is stronger than individual ideas.

As Kelly Leonard, Second City executive, says: “What you learn about improvisation when you apply ‘Yes, And’ is that there’s a bounty of ideas, way more than will ever get used. Everyone in the ensemble produces hundreds of ideas, so even though most of (the ideas) will die and never be seen again, people don’t hold on out of fear that they’ll have nothing to offer at the end.”

A ‘Yes, and’ mindset encourages a culture of abundance; saying ‘No’ promotes scarcity. Creativity is about finding more ways to make your party memorable.

Here are some of the benefits.

Adopt a ‘Yes, and’ mindset

Generation is more important than selection when running a brainstorm. You want participants to aim for quantity, not to filter their ideas because they are not good enough. There is a time to flare and a time to focus.

Build on each other’s ideas

Why not doing both?

Remember, creativity is about abundance, not scarcity. We are wired to choose options. What about combining two ideas? Or having two parties within one?

‘No’ and ‘Yes, but’ forces you to judge the work rather than contribute to the collective effort. When you are building, you are part of the team. There’s no need to judge when you are co-creating with others.

The best teams embrace different perspectives. Group thinking is the opposite of creativity. Having people with different skills, abilities, perspectives, and walks of life makes ideas more interesting. Creativity is about connecting what seems unconnected, not about logic.

The way you party is how you brainstorm

Creativity is not the result of a mind but the byproduct of a culture of change.

If people can’t have fun planning a party, don’t expect great ideas at work. A ‘Yes, and’ gets rid of passive-aggressive and judgmental behaviors — it unleashes collaboration and creativity.

The way a team plans a party defines how they play together.