What If You Are the One Who’s Wrong?

We usually assume others are wrong. But what if we are the ones that are wrong? 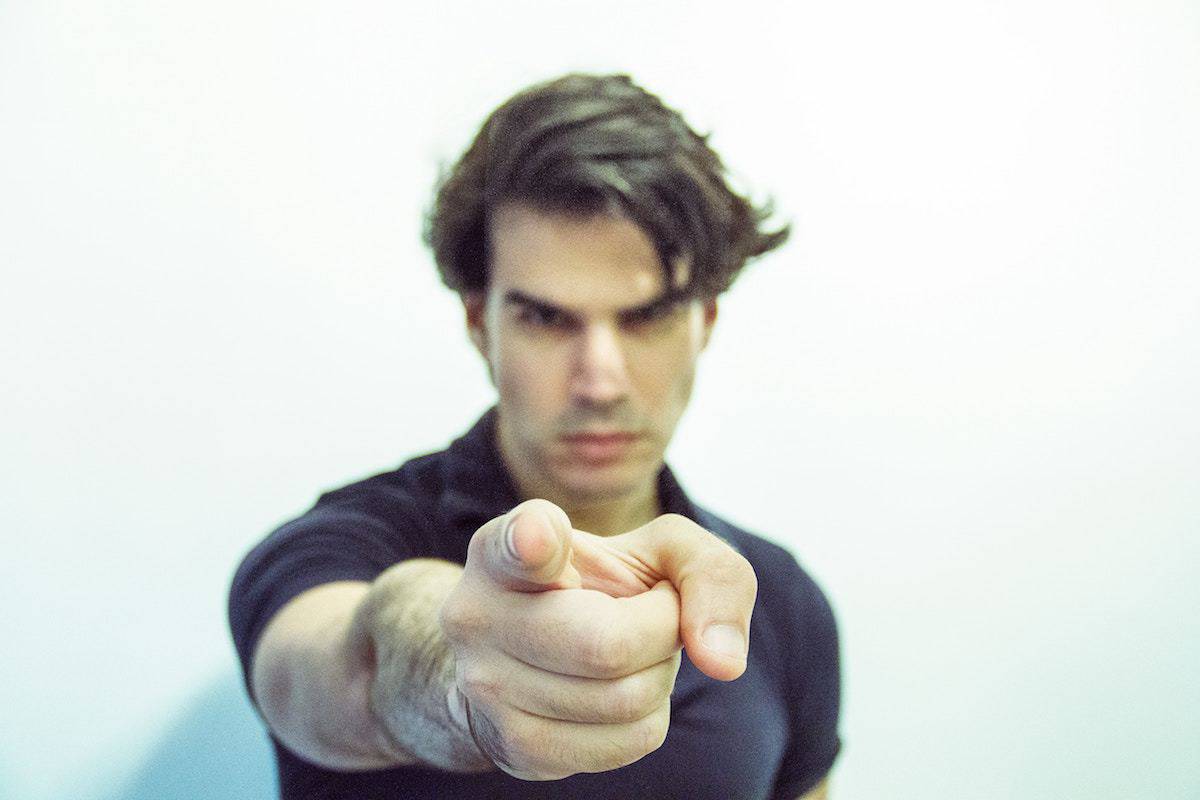 We are always wrong with being right.

The human mind is both brilliant and pathetic — we are continually making new scientific advances, but continue being error-prone (and ignorant about the fact).

You probably think you know yourself much more than you actually do — just like me and everyone else.

“My specialty is being right when other people are wrong.” — George Bernard Shaw

We often assume we know how things work but are clueless. We believe we make logical decisions, yet facts don’t change our minds. Even when we realize we are wrong, we keep denying it.

Winning an argument matters more than learning something new — we love being right.

What if we accept we are always wrong? And stop pretending we know everything. This mindset can end infallibility battles. Hear me out before you think I’m wrong 🙂

Why Always Being Right Can Be Wrong

"Wrong does not cease to be wrong because the majority share in it.”― Leo Tolstoy

Various experiments over the years have proved over and over that, once we form an opinion, it’s almost impossible for us to change our mind — even when people tell us the data we used was false.

Researchers at Stanford selected a group of students — half were in favor of capital punishment; the other half were against it. Both groups of students were presented with two different studies — one provided data in support of the death penalty; the other presented facts that questioned it.

Those students who favored capital punishment found the pro-deterrence study highly credible and the other unconvincing. The other group reacted precisely in the opposite way. At the end of the experiment, not only none of the students changed their minds, but both groups were more passionate about their original position.

Our brain manipulates our perception — we are immune to facts.

‘Confirmation Bias’ is the tendency we have to embrace information that supports our beliefs and to reject the one that jeopardizes them.

As magician Penn Jillette says, “If there’s something you really want to believe, that’s what you should question the most.”

There are many types of faulty thinking. We tend to think we are smarter than we actually are. And underestimate any logic that doesn’t match ours.

“Error Blindness” is a term coined by self-defined wrongologist Kathryn Schulz. She believes that “we don’t have an internal cue to know we are wrong about something until it’s too late.”

As she explains in this TED Talk, this delusional mindset goes through three different phases.

First, we are wrong but don’t realize it yet. We feel over-confident because we assume we own the truth. Thus, failing to double check facts. Second, we acknowledge we are wrong — either by introspection or because new evidence is introduced. We feel vulnerable and under siege. Lastly, we become defensive and feel under attack. We end denying being wrong.

We prefer to stand our ground even if, deep inside, we know we are wrong.

In the book, The Knowledge Illusion, cognitive scientists Steven Sloman and Philip Fernbach argue that we survive and thrive despite our mental shortcomings — the key to our intelligence lies in other people’s knowledge, not ours.

The authors cite a Yale study in which undergraduate students had to rate their understanding of everyday products such as toilets, zippers, etc. — everyone gives themselves a generous score. Then, they were also asked to describe, step-by-step, how those devices work. When requested to rate themselves again, the self-assessments dropped. The experience revealed to the students their own ignorance. Zippers and toilets, it seems, are more complicated than most of us think.

The same happened with an experiment performed by Rebecca Lawson, a psychologist at the University of Liverpool. She showed a group of students a schematic drawing of a bicycle that was missing several parts. When asked where the chain or the pedals should go, most students were confident — everyone thought they knew the right answer.

However, as you can see in the drawings below, most participants were clueless about how bikes work.

Sloman and Fernbach call this effect the “illusion of explanatory depth” — we all believe we know way more than we actually do.

The problem is not our ignorance, but that we are used to hiding it. We burn bridges and create friction with others just to make a point. We let our ego take over our lives — the need to be right initiates pointless battles.

We Love to Win, Not to Learn

Our capacity for reason has more to do with winning arguments than with thinking straight. Scientists call this phenomenon “motivated reasoning.” Our unconscious motivations — both desires and fears — shape the way we interpret events and information.

As Eckhart Tolle said: “Needing to be right is a form of violence.”

In this powerful TEDx talk, Julia Galef, co-founder of the Center for Applied Rationality, explains why some information or ideas feel like our allies — we want them to win. On the other hand, we think opposing ideas or concepts are our enemies — we want to shoot them down.

Galef named it the “soldier mindset.”

It happens all the time at work, sports, or politics. When someone judges our team unfairly, we get upset. But when the same thing happens to the other side, we feel that justice has been made. For example, if a referee awards a penalty to our team, we start looking for reasons why he is wrong. But when the opponent team is penalized, we celebrate the penalty!

As Julia Galef says, “Our judgment is strongly influenced, unconsciously, by which side we want to win. And this is ubiquitous. This shapes how we think about our health, our relationships, how we decide how to vote, what we consider fair or ethical.”

The soldier mindset is rooted in the need to defend ourselves. The pressure to be right elevates our adrenaline — we experience a fight-or-flight response.

A more effective mindset is that of the scout — this role is about understanding, not defending our beliefs. The scout goes out, maps the terrain, and identifies the real challenge — he wants to know what’s really there.

The mindset you choose affects your judgment, analysis, and decision-making.

Above all, scouts are grounded — their self-worth isn’t tied to how right or wrong they are.

A soldier mindset creates a pattern that explains accelerated escalation in all types of interactions. Economist Robert Frank calls it the “winner-takes-all, loser-still-pays” pattern — it’s the reason why, even when we are in a hole, we keep digging.

These “infallibility battles” are fought not just in actual wars, but also in political elections, financial speculation, gambling, or even day-to-day arguments. Once we are invested, it feels harder to let go. We are willing to pay almost anything to win, but so are our opponents — surrendering means admitting we are wrong.

The war keeps escalating making things even worse for both contenders — the casualties pile up on each side. In real wars, no one wants to feel their soldiers died in vain. In political campaigns, candidates keep pouring money — by denying the possibility of losing all, everyone keeps losing more and more.

No one wins an infallibility battle — it’s better to cut our losses than ‘paying almost anything’ to win an argument.

That’s why a different mindset can help you prevent and de-escalate lost battles.

What If I Am Wrong About This?

“Confidence comes not from always being right, but from not fearing to be wrong” — Peter McIntyre

I wrote a post about the 50%-50% rule — when facing conflict, assume that half of the blame is yours. I usually coach this rule when facilitating a team workshop. It helps move people from blaming each other into action — every side focuses on improving their fair share.

Today, I want you to suggest something more extreme. The next time you are facing an argument — before you start a war — assume that you are the one who’s absolutely wrong. Rather than trying to win an argument, see what happens when you consider that you are wrong about everything.

This mindset is not just a test to your resilience — you are training your mind to overcome the biases we discussed earlier.

Whenever you’re struggling with something, ask yourself, “What if I am wrong about this?” Sounds tough, right? But the truth is, you are wrong about that issue and everything else too — just like me and everyone else. We all suffer from cognitive delusion.

Adopting a “What if I am wrong about this?” is not easy, but you’ll immediately reap the benefits.

When we try to win an argument, we stop paying attention — our energy focuses on justifying our thoughts, not on finding the truth.

When you stop trying to be right always, you broaden your perspective. As Albert Einstein said, “We cannot solve a problem with the same thinking we used to create it.”

2. Move from winning to learning

When you acknowledge you don’t have all the answers, you open your minds — you focus on understanding, not on protecting your ideas. Learning requires adopting an ‘ignorant’ attitude.

3. Pay attention instead of doing the talking

When you move from being right to embracing uncertainty, you make space to ask the right questions. Instead of taking the conversation over with your arguments, you listen to multiple perspectives.

Smart people lead with questions, not answers — they create conversations, not arguments.

Our ignorance is invisible to us, not to others as I wrote here. Intellectual humility means leaving the door open, even when you think you are right. You are receptive to new facts, instead of trying to protect yourself.

Intellectual humility requires fighting a different battle — you want to find the truth, not to defeat others.

5. No one is either entirely right or wrong

When you let go of the “I’m wrong, you are right” attitude, you elevate the conversation. No one is always right or always wrong. Don’t judge people because of their beliefs — focus on the facts they present.

Even those who always seem wrong can be right at some point. Don’t dismiss facts or information based on the person that delivers the news. Anyone is a teacher in disguise.

Perspective is everything, especially when it comes to challenging your biases. A “What if I’m wrong about this?” mindset uncovers new solutions — intellectual humility makes us hungry for real answers.

Are you a soldier determined to defend your viewpoint at all costs or a scout, driven by curiosity? Reflect on what matters to you the most. Do you wish to win the argument or to see the world as vivid as possible?

You have the right to be wrong. Learning matters more than trying to win infallible battles — history books are full of those already. Solve conflicts without leaving casualties behind.