Why Accepting Death Will Make You Worry Less

Live the way you want to be remembered “Death is the destination we all share; no one has ever escaped it. Death is very likely the single best invention of life. It is life’s change agent…. 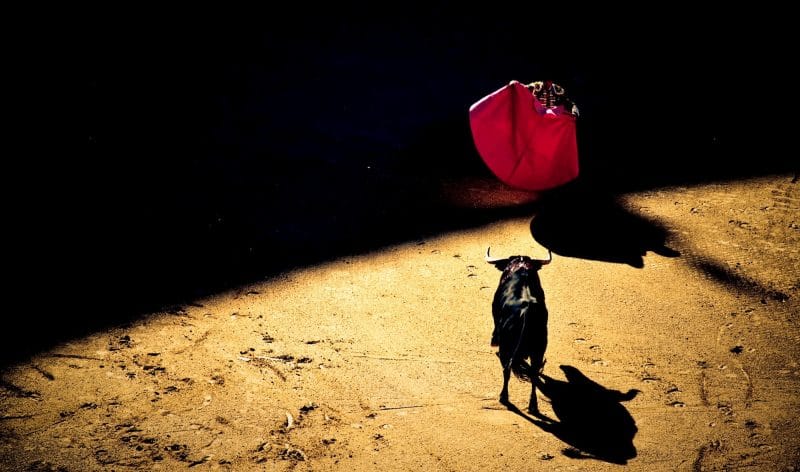 Live the way you want to be remembered

“Death is the destination we all share; no one has ever escaped it. Death is very likely the single best invention of life. It is life’s change agent. It clears out the old to make way for the new.” ― Steve Jobs

Patagonia is my favorite place, but I never thought it could be my last.

I was trekking through the beautiful forest like I did many times before. But on this occasion, my stressed mind played me a trick, and I found myself lost. It was too dark and late to see my way back.

I thought I was going to die. My clothes were not suited to spend the night in the middle of nowhere. The weather wasn’t the only threat: that place was a natural habitat for mountain lions.

We reflect on how we’ve lived when we are about to die. But shouldn’t be our death what guides how we live?

Why We Can’t Accept Death

Great endings make us remember a movie forever. In our lives, we avoid writing that last episode.

I felt afraid that night in Patagonia. I didn’t want to die. Not because I was regretful for what I had or hadn’t done. But because I believed I could do more. My mission on earth wasn’t finished yet.

We celebrate life. But death feels dark and sad.

As the great philosopher Thomas Nagel asks: “if death is the permanent end of our existence, is it evil?”

Literature has played an influential role in portraying death as something evil — because it deprives us of life. But as Nagel explains, in the case of death, there’s no subject to suffer harm. As long as a person exists, he has not yet died. Once he dies, he no longer exists; thus, there’s no evil that death can cause that person.

You might think this is too rational. Or that it lacks compassion to those who lost their loved ones. But, that’s the paradox of death: those who mourn the dead are alive. We can either hold onto sadness or turn that loss into something meaningful.

One of my friends passed away earlier this year. It took us all by surprise. We were just assimilating his recent cancer diagnosis. The prognosis didn’t look good, but death moved even faster.

Losing a friend hurts deeply. But it’s irreversible. When I miss him, I feel sad, but it also reminds me to celebrate life. He deserves we pay respects to his early departure.

I’m not just saying, “seize the day.” I’m encouraging you to live your life with a purpose. Instead of trying to hold onto life forever, embrace its ephemerality. What if we see life as a preparation for dying?

When death knocks your door, be ready to leave. Live without regrets. When you stop portraying death as evil, you’ll start enjoying living.

Western civilizations fear death. That’s because we’ve been taught to hold on to things. In our material world, life has become a possession too. And we cannot let go of it.

Interestingly enough, when someone dies, even the most religious folks feel sad. We hold onto life as a material property, thus blinding our spiritual beliefs.

Let go of living; it’s not a possession. You can’t control how long you live. But you manage how. Come to terms with death. Being afraid of death won’t let you make the most of your life.

What If You Die Tomorrow?

“Analysis of death is not for the sake of becoming fearful but to appreciate this precious lifetime.” — Dalai Lama

When we fear death, we stop living.

We like to feel invincible or immortal for that matter. But not thinking about death won’t make your life last forever. It takes guts to confront this vulnerable truth: the only sure thing is how uncertain life is.

We avoid thinking about death, yet we fear it in silence. Keeping the “what if I die tomorrow?” question present will free you from that worry that exists at a subconscious level.

Try this exercise I learned from Bernie Roth at Stanford. Answer one question at a time.

Imagine you have 10 min to live, what would you do?

And the rest of your life?

Every time I facilitate this exercise in a workshop, it catches everyone off-guard.

We take time for granted. But when the end is around the corner, we regret our assumptions. Some folks feel guilty for what they haven’t done (e.g., not saying“I love you” or “sorry” more often). Some people get anxious about finishing (or starting) their most valuable project. Everyone agrees that they want to spend their last 10 minutes with their close family.

This exercise is very moving, especially done in a group setting. The premise of confronting our (future) death is a powerful reflection on how we are living.

The purpose of this exercise is to stop taking life for granted. Like it happened to me when I had to survive the cold weather in Patagonia. Live as if you were going to die tomorrow.

Adding a sense of urgency to your life makes you focus on what really matters. Spend your energy doing something worthy of your time on Earth.

Buddhism promotes meditating on death and dying as a way to embrace it and prepare in advance. Most people find this idea absurd. But, as I said before, ignoring your worries won’t make ‘death’ disappear.

As Zasep Tulku Rinpoche said: “Life is too short. Death can happen anytime; you don’t know when. As we get older, we know we don’t have much time left. I’ve got maybe ten years, fifteen years, maybe twenty years. So, the time goes fast, and death’s going to happen sooner or later.”

Also, meditating on death is useful for family members, nurses, or doctors — it‘s good to know more about how to be helpful in these times.

Death is both inevitable and uncertain. We know it will happen, but we don’t know when. Our human body — our whole existence — is very fragile. Spiritual practice can train our mind to accept that truth instead of being in denial.

Even if you feel skeptical, I would recommend you give this death meditation a try.

As Tibetan lama, Chagdud Rinpoche said: “When you have to go to the bathroom, it’s too late to build a latrine.”

Don’t start thinking about death until it is too late.

Write Your Own Obituary — Exercise

Live the way you want to be remembered. Don’t let others choose the words of your obituary. Let your acts and legacy pen it instead.

We use this exercise in some of our change leadership workshops. Writing your own obituary is not easy. Thinking about your death is moving. But it’s a great path to reconnect with the imprint you want to leave once you say goodbye for the last time.

Go on. Write your own obituary. Don’t take yourself too seriously. If you are humorous, let your epitaph be fun also. Use the following template

Go ahead, and do yours!

Share your thoughts. What did you learn about yourself by doing this exercise? How would you define your relationship with death?