Why Being Skeptical Will Make You See Life Sharply

Certainty can cripple your wisdom; skepticism can help you find new answers. 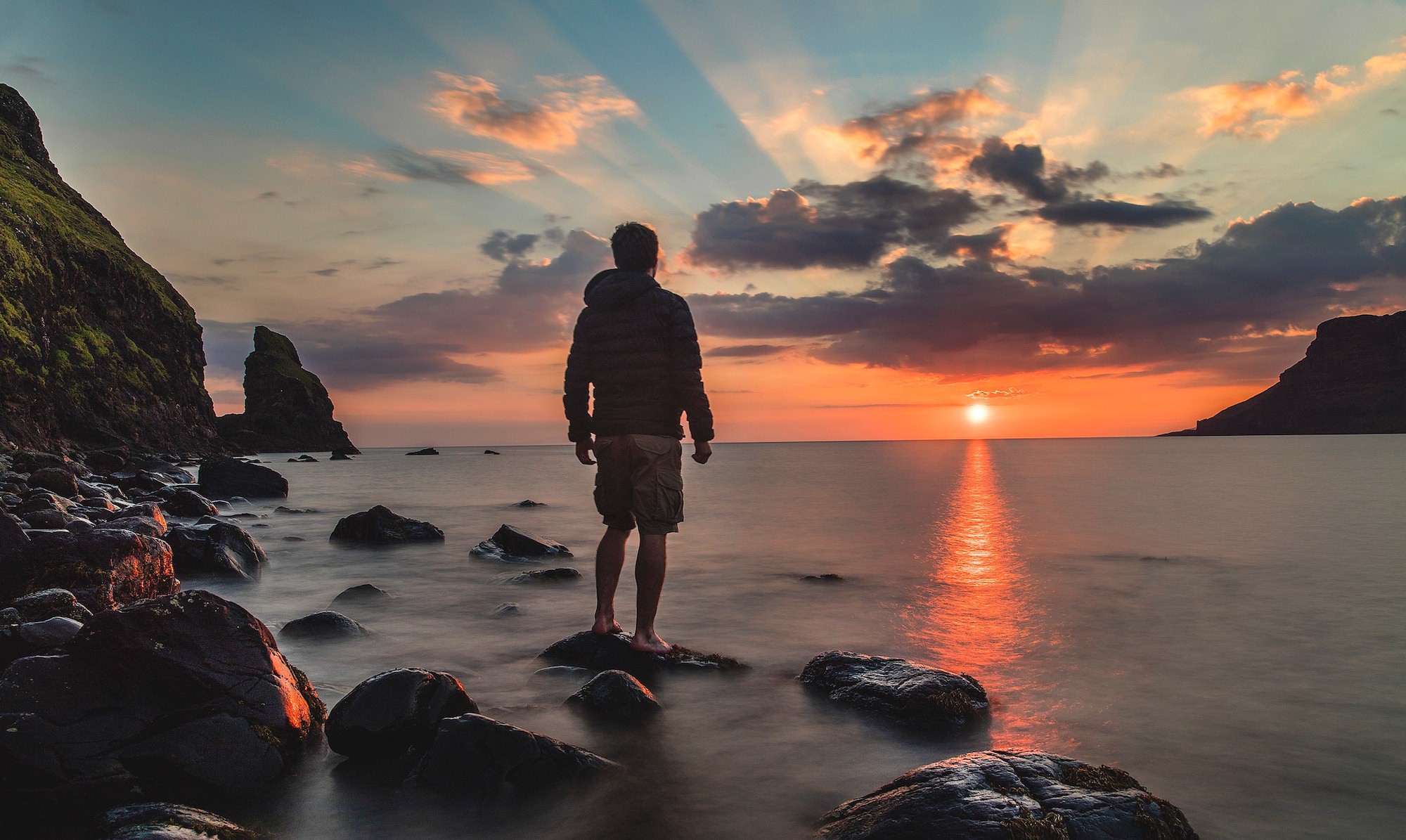 A young man caught a small bird and held it behind his back. He then asked: “Master, is the bird I hold in my hands alive or dead?

He thought this was a grand opportunity to play a trick on the old man.

The master spoke: “The answer is in your hands.”

Certainty is a trap— it makes us feel in control, even if we have to deceive others.

The young man didn’t care about the master’s answer — he wanted to be in control. The young man was willing to kill a bird to be right.

We want life to go according to our plans. We wish to know what will happen next. However, life is out of everyone’s control. Your cravings for certainty can derail you from experiencing life as is.

The certainty mindset —wanting to have ‘the’ truth — can stop you from growing as a person. Rather than discovering life, you get stuck in what it is familiar.

The world is fluid and unexpected—life is always a surprise. You don’t need certainty; but to be open to challenging your truths. That’s the path for personal discovery — to seeing life sharply.

Certainty can cripple your life

Being certain doesn’t mean that you have the right answer.

The mind is incredibly averse to uncertainty and ambiguity. When we don’t know something, we create our own reasonable explanation. According to cognitive science, we prefer to hold on to these invented justifications than to admit we don’t know what happened.

Having an answer is not correlated to seeing life sharply.

Social psychologist Arie Kruglanski coined the term ‘cognitive closure’, to describe our aversion toward ambiguity and uncertainty. We prefer having an answer as quickly as possible than to discover the truth.

During times of fear and anxiety the need for cognitive closure increases.

Studies have demonstrated that, after terrorist attacks, society feels an urge to find who’s responsible. Fear feeds rumors and fake versions — people share stories without any validation. The desire to punish someone gets everyone out of control — it becomes okay to accuse the first apparent suspect.

Being under attack rapidly affects our logic. Anyone is guilty until proven innocent — not the other way around, as it should be. That’s how the desire for certainty can cripple our lives.

The need for closure makes you see the world in black and white — you simply close your mind to new information.

“Do you want to know what my secret is? I don’t mind what happens.” — Jiddhu Krishnamurti

Trying to find an answer is not wrong — being blinded by the need for quick resolution is the problem.

When we overreact, things get out of hands. The medicine becomes more dangerous than the disease we are trying to cure.

The opposite to the need for closure is skepticism. Rather than taking the first answer for real, you challenge the truth. You don’t let irrational fear dictate your answers.

Skepticism is not nihilism or being negative; it’s adding an extra filter. Rather than taking anything for granted, you want to validate the truth. You don’t take social constructs as true no matter how strong peer pressure is.

The need for certainty can shape your perception — your own stories cloud reality. You don’t do it on purpose, of course. We all fall victims of the mind tricks. Challenging your own beliefs requires training your mind.

Developing a critical mind will prevent you from taking the social constructs — rumors or not — for valid.

That’s how rumors get started in the office. One person creates the story and shares it with two different people. Then they wait and see. When someone listens a similar story coming from two different ‘sources,’ the rumor is validated.

Being skeptical doesn’t mean being rigid, dogmatic, hypercritical, or obtuse. You simply understand that you cannot react to the first answer, you want more evidence before buying into it.

Skepticism is not denialism either. Anything is possible (or not) until proven the contrary. Challenging a theory is how new lines of thinking are created. If you believe that one idea is an absolute truth, you don’t leave room for incremental improvement.

You can be a skeptic without being a cynic.

Cynicism is distrusting most information you see or hear, especially when our beliefs are being challenged. Cynics are tricky — they have a strong argument to debunk other people’s ideas, but have little support to justify their beliefs.

Cynics are intolerant — they have inflexible thoughts that leave no room for additional ideas.

Skepticism is not thinking that beliefs are wrong, but that they may be wrong, as I wrote here.

There are two types of skepticism: negative and positive. By removing bad ideas, negative skepticism allows good ones to flourish.

Positive skepticism goes beyond the removal of false claims. The Greek word ‘skeptikos’ means “thoughtful.” While the need for closure is a reaction in the heat of the moment, being skeptical is less impulsive. It requires inquiring and reflecting.

Positive skepticism fuels critical thinking— it encourages you to get a deeper understanding of events or things.

Instead of taking the truth for granted, you question it first.

The truth will set you free

“The truth will set you free, but first it will make you miserable.” — Jim Davis

The surer someone believes he/ she is right; the harder is to persuade that person that he/she might be wrong. When people feel sure, it’s harder to change their minds.

Certainty can get you stuck in a position; you shut down to new alternatives.

You have the freedom to choose. But the truth is not optional, right?

Neurologist Robert Burton argues that certainty is not a conscious choice, nor a thought process, but a sensation — it’s the ‘feeling of knowing.’ Like anger or fear, it doesn’t rely on a deep state of knowledge. The author explains how most times we are wrong even when we’re convinced we are right.

Ulric Neisser, the father of cognitive psychology, conducted the “Challenger study” to question what he called ‘flashbulb memories’ — how shocking, emotional events leave a vivid imprint on the mind.

Students were asked how they’d heard about the disaster, where they were, what they were doing at the time, etc. Neisser collected information the day following the incident. He repeated the experiment three years after. Students expressed high levels of confidence that their false memories of the explosion were more accurate than the descriptions they had written down one day after the explosion.

One student commented, “That’s my handwriting, but that’s not what happened.”

The autonomous rational mind is a myth. The answer, Burton argues, lies in accepting the limits of our ability to know and in “playing by the rules of scientific method.”

The concepts of the self and free will are innate useful fictions that allow us to function. As Samuel Johnson said, “All theory is against the freedom of the will; all experience is for it.”

Modern neurophysiology tells us our decisions are made subconsciously before we are aware of deciding.

The way of the skeptical mind

“In order to seek truth, it is necessary once in the course of our life to doubt, as far as possible, of all things.” — René Descartes

Turn challenging the truth into a habit. Once again, I’m not asking you to become a cynic and distrust everyone. Positive skepticism is about finding the other side of the story. To understand whether the sources and analysis are impartial.

Listen to both sides of a story. Look for heterogenous sources. Set your conclusions aside before read all the information. Ask: What if? to explore different hypothesis.

Avoid reacting as mobs do

Most crowds belong to an identifiable group — the collective beliefs dictate the crowd’s action. Fear and anxiety erase logic and rationality. All the mob cares is to find a scapegoat.

Beliefs blind individuals. When the mob is blind, the behaviors are even more damaging. Try to calm the mob before things go out of hand.

Be open to change your mind

It’s okay to believe something and then, after reviewing the facts, realize that either you were wrong or your memory was playing tricks. Like it happened to the participants of the “Challenger study.”

Changing your mind is wise. People who get stuck to what they believe is true, they stop learning.

Continually question the truth, especially yours. There is never a 100% guarantee that we are right. Burton suggests we use the words “I believe” instead of “I know.”

Admitting that ‘your truth’ is actually a belief set you free. It becomes easier to challenge your interpretation of real events.

The world is uncertain and continually mutating. What was right yesterday, will not be okay tomorrow. Scientists are constantly discovering new theories that debunk previous ones.

The same happens with life events — what seems positive today might unexpectedly turn into negative tomorrow. The truth is ‘provisional’ — adopt a ‘maybe mindset,’ as I explained here.

Life is about discovery, not about being certain. Being skeptical will prevent you from taking things for granted — you will see life sharply.