Why the World Needs More Rebels 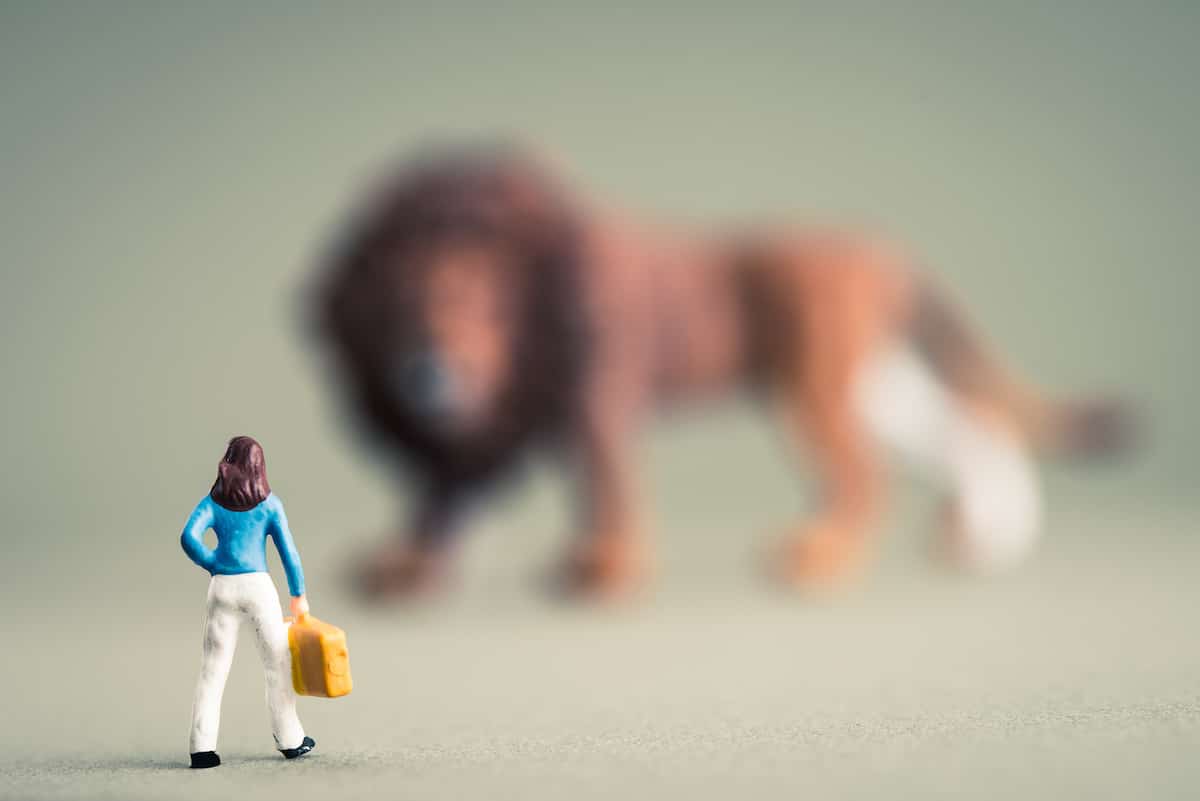 Without trouble, there’s no change

"So few want to be rebels anymore. And out of these few, most, like myself, scare easily." ― Ray Bradbury

Where have all the rebels gone?

Think of any innovation that changed how any organization operates. I’m willing to bet the driving force behind it wasn’t conformity, but curiosity.

Without rebellion, there’s no change. Nonconformity is the spark behind the spark of a great idea. Ignorance starts all fires — someone asks a questions no one else dared before.

The companies that encourage rebel behaviors achieve better outcomes. If conformity is the enemy of innovation, why are rebels so scarce then?

Maybe leaders don’t know how to deal with troublemakers — they feel threatened.

Without Trouble, there’s No Change

"Originality is the best form of rebellion" ― Mike Sasso

Companies are a living paradox. They want to be more innovative, yet expect their employees to conform to norms.

Less than 10% of employees think their employer regularly encourages nonconformity.

Organizations are not designed for innovation but to reward conformity. The more people respect the rules and what’s expected of them, the better. The pressure to conform gets worse as we climb the corporate ladder.

Half of employees feel the need to conform to their workplace norms, according to research by Francesca Gino, a professor at Harvard Business School. Even worse, more than half of interviewees think that no one in their organization questions the status quo.

Conformity is a cultural thing — it makes us feel accepted and part of the majority. It‘s’ nice to be agreeable too. However, what a vibrant, creative world needs is trouble.

Saying “no” when everyone else agrees, is not being a contrarian. It requires courage to speak against groupthink. Nonconformism triggers creativity.

Troublemakers are rare and brave — they make the world a better place. According to professor Charlan Nemeth, we all benefit when someone else presents a thoughtful contrarian view.

“It’s a benefit regardless of whether or not dissenters hold the truth,” Nemeth explains in her book In Defense of Troublemakers. “Most people are afraid and they don’t speak up. The research really shows us that, even if it’s wrong, the fact that the majority or the consensus is challenged actually stimulates thinking.”

Troublemakers are not rebels without a cause — they want to liberate humanity from mediocrity and injustice. They create a generous, better space for everyone.

Mahatma Gandhi led the Indian people toward independence through non-violent resistance. Abraham Lincoln fought to abolish slavery in the U.S. Martin Luther King Jr. inspired a movement to overcome racism and segregation. The Suffragettes fought for women’s right to vote.

By trying not to offend others, we can cause more harm than good. That’s what Nemeth uncovered by studying juries, airline crews, businesses, and teams in general. Dissent provides clarity — we make better decisions.

When we worry, we lose our ability to engage in an honest conversation. As Nemeth said, “We have to stop being polite if it means being dishonest about what we believe.”

Nonconformism is painful but essential. It stimulates us to think more broadly, deeply, and honestly.

Rebels Are Agents of Change

Organizations misunderstand the power of rebellious people — they see the trouble, not the possibilities.

True rebels are not crazy or out of control. Their actions are not meant to defeat the current regime, but to improve it. They don’t break the rules because they want to, but because they have to. Rebels want to lead people to a better future.

In her new book, Rebel Talent, Francesca Gino shares the secrets of being a rebel in life and at work.

Apple’s Steve Jobs, Pixar’s Ed Catmull, film director Ava Duvernay, magician Harry Houdini, and the creator Walt Disney remind us that rebels are all around us. As the behavioral scientist explains, you don’t have to be born a Rebel — we can all become one.

Rebels know how to break the habits that hold us back — they fight groupthink and routines.

Companies must reframe their relationships with rebels — they are not a threat but the best ally wise leaders can have.

As Francesca Gino said, “To be a rebel does not mean you have to be an outcast or a troublemaker. Effective rebels are people who break rules in ways that are positive and productive.”

Rebels fight limits — they break, transform, and create beyond the norm.

Since childhood, we are taught to conform. At school, we learn to choose certainty over doubt. Organizations teach people to do things in a certain way, not to question.

So, why do leaders still want to shoot the messenger?

According to the Red Sneaker Effect, observers judge nonconformists as having a higher status than those who abide by the norms.

Whether it’s a CEO who makes the rounds of Wall Street in a hoodie and jeans, a presenter who creates her own PowerPoint template rather than using her company’s, or a keynote speaker who wears red sneakers — nonconformists are considered superior.

Why is it that only a few leaders encourage deviant behaviors?

Research shows that just a few weeks of acting against the norms can boost our self-esteem. People who were encouraged to speak up, to be themselves, and express their own opinions feel more confident.

When facilitating a team offsite, I witness this transformation directly. When people feel free from limitations, they not only liberate their true selves — they become unstoppable. Performance, collaboration, and innovation boost when people don’t feel the pressure to conform.

Organizations silence troublemakers — they see rebellions as a coup d’etat, not as the path toward betterment.

Don’t confuse behavior with intention. Resistance and unhappiness are a signal. Disengaged employees are not a disease, but a symptom.

Complainers are not necessarily trying to boycott your company — they speak up on behalf of the group.

Don’t kill the rebels — find out what’s the message they are trying to tell you.

Being rebellious is not an attitude but a habit. It requires courage to speak up when everyone else stays silent. Troublemakers have grown their confidence muscles by standing up against conformity.

However, being a rebel is exhausting. Your team cannot rely on just a few voices. It’s not fair to leave that responsibility to the usual troublemakers.

Rebels have a strong reputation — people respect their authenticity and passion. It’s not easy to stand up against criticism. Generous troublemakers inspire others to speak up too. They turn creativity into the new normal.

How to Liberate the Rebel within Your Team

1. Make it safe to be a non-conformist

Challenging the status-quo requires more than drive. Organizations must provide a safe space for people to speak up.

Southwest Airlines created a safe, high-engagement workplace by respecting human nature. It allowed employees to speak up and decide how to best do their work. They just had to follow one rule: be aligned with the company’s purpose — safety for everyone.

A Fearless Culture is a foundation for dissent, honesty, and transparency. Remove the fear of retaliation — make it okay to be a rebel.

2. Allow people to be themselves

Most people are quite capable of creative thinking and problem-solving.

The Chicago Public Library wanted to become more innovative. Working with them, we noticed that the team lacked creative talent. But, when coaching them, we realized many of the staff were writers, painters, inventors — but outside work.

The organization didn’t need to hire creative talent — they just needed to let people bring their rebel spirit to work.

3. Encourage people to break the rules

Rules are meant to bring clarity and enable people. Unfortunately, most of them focus on telling people what they can’t do, rather than liberating their creative self.

Hannah Vaughn Setzer was born with a rare cyst condition. Experts advised her parents that she wouldn’t survive birth. She defied the doctor’s prognosis — the 28-year-old woman has become a disability rights advocate and health blogger.

Rebels don’t let others define their limits — they break the rules with intentionality and purpose, as I wrote here.

Mistakes don’t just welcome unexpected discoveries— they are a necessary path toward innovation. You can’t discover a new solution without failing. You must first find 10,000 ways that something won’t work, as Thomas A. Edison allegedly said.

Foster happy accidents. Mistakes are lessons in disguise. Rebels welcome all the ideas that flow from a mistake-friendly culture.

Don’t fail fast, but fail smart. The point is not making mistakes out of stupidity — or being in a rush — but out of purpose. Creativity requires experimentation.

Limitations drive innovation — a tight budget makes some teams complain but gets others excited and focused. It was precisely a constraint what helped the U.S. Navy become an innovation hub in no time.

It all started with a young aviator named Ben Kohlmann — everyone described him as a troublemaker, disrupter, heretic, among other things. The key to his success? He recruited the black sheep.

One man had been fired from a nuclear submarine for disobedience. Another refused to attend basic training. Others had yelled at their senior officers. They all had a track record of insubordination. But, the aviator saw their potential, not their flaws

Kohlmann succeeded because he built a nonconformist culture — he brought the misfits and ‘rank-and-file’ together. The sailors who had never shown a desire to challenge the status-quo were exposed to new ways of thinking. Collaborating with the rebels turned this hybrid team into a success.

Disagreement is uncomfortable. However, it’s the most effective way to drive alignment. Rather than forcing people to be on the same page, let them write the page.

Nonconformism stimulates us to think — it leads to better ideas and solutions. As Google CEO Eric Schmidt said, “We run this company on questions, not answers.”

Rebels thrive in organizations that are lead with questions. Instead of seeing things as they are, they ask “What if?” or “How might we?”

7. Innovate from the fringes

Everyone has the responsibility and ability to lead. People don’t need a title to drive change — they thrive in a culture that encourages positive rebellions.

Innovation requires safe places in which to break the rules, make mistakes, and recover–and then try it again, and again. Groups of rebels challenging common sense are not that bad. Make room for the fringes.

Swedish Greta Thunberg was just 15-year old when she decided to cut class to fight the climate crisis. Her age didn’t stop her from going on school strike at the parliament to get politicians to act.

Conformity drives repetition — which promotes boredom, and disengagement. Being a nonconformist frees creativity. That’s why the world needs more rebels.

The good news? You don’t need to hire additional people. Just liberate the troublemaker within your team. Start your innovation revolt — build a rebel culture.