Why You Are the Advice You Listen to

Pay attention to your inner voice. 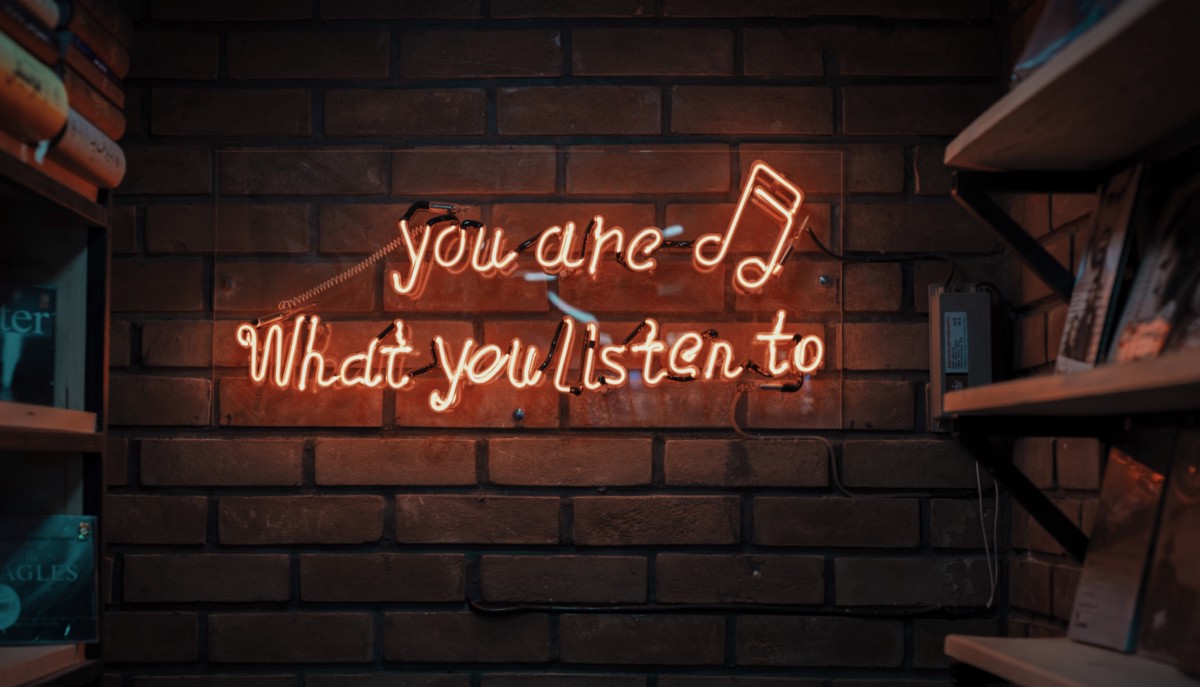 You are the voices you listen to.

A group of frogs was traveling through the woods when two of them fell into a deep ditch. All the other frogs gathered around the pit and were amazed of its depth.

“You are as good as dead.” — the voices from above said.

The two frogs ignored the comments and tried to jump up out of the pit. The other toads kept telling them to stop, that it was mission impossible. Finally, one of the frogs paid attention to the voice that came from above; and gave up. She fell deeper into the ditch and died.

The other frog continued to jump as hard as she could. Once again, the crowd yelled at her, trying to stop her useless attempt. She began bouncing even harder and finally made it out.

“I have hearing problems. I thought you were encouraging me to jump out of the hole the entire time.” — the free frog said.

You are the advice that you follow. The voices inside your head — whether yours or others’ — shape your clarity and confidence. They are more than a distraction: they can kill your confidence.

Remove the noise. Learn to pay attention to your true inner voice.

“Voices inside my head; echoes of things you said.” — The Police

We all hear voices inside our head. They help us reflect, plan, imagine, criticize or limit our possibilities. This inner talk, unlike regular thoughts, plays out like a dialogue. It’s a group conversation between the different parts of your inner-self.

You are not crazy if you are talking to yourself.

There’s a brain signal — “Corollary Discharge” — that separates sensory experiences we produce ourselves from external ones. According to a study by the Department of Linguistics at the University of British Columbia, internal speech uses a system that is mostly employed for processing external speech. That’s why we are unable to tickle ourselves: it predicts our own movements and can omit the ticklish sensation.

Being in control of your internal voice is not just a sign of sanity; it’s vital for you to grow personally.

Research by Canadian professor Alain Morin shows there’s a high correlation between talking to oneself more frequently and a higher self-awareness and self-evaluation.

Tennis players talk out loud in between points to reflect on their game. Writers do the same when working on an idea (That’s precisely what I did when I started writing this piece).

The ‘dialogic quality’ of inner speech is critical to understanding our true-self. Durham University’s Professor Charle Fernyhough says: “This dialogue has some very special qualities that involve representing the point of view or the perspective of another person. It’s very powerful… You can take a perspective on what you are doing.”

Regardless if it’s silent or aloud, inner speech forms your self-narrative. The voices you pay attention to can unleash or limit your possibilities.

Why You Listen to the Wrong Voices

“The way we talk to our children becomes their inner voice.” — Peggy O’Mara

Your inner voice — like your overall identity — is a combination of social and personal factors; both what you inherited and your choices shape how you talk to yourself.

You cannot get rid of how other people’s voices have influenced yours, but you can choose to listen to them or not.

You were born in a social world. As a baby, you started interacting with others since day one. Russian psychologist Lev Vygotsky suggested that inner-speech developed through the internalization of external dialogue. Your social interactions form your inner-dialogue.

Babies start talking out loud and then shift to a ‘private speech’: they begin talking to themselves even though others can hear their voices. Neuroscience has demonstrated that when we are talking to ourselves, we use similar muscles and areas of our brain than when we converse with others.

How others talked to yourself when you were a kid, influenced your inner dialogue. Both praise and rejection shape your inner voice. Other people’s voices become an echo inside your head.

Criticism and lack of appreciation easily turn into a mirror that reflects anything but high self-esteem. Easy praise can have the same adverse effect: your inner voice will tell you that you need more recognition even if you haven’t achieved anything.

The voices inside your head are not just yours; other people’s opinions have hacked your inner thoughts.

Like it or not, we are all swayed by the opinions of others, especially when they contradict our instinct. That’s why it’s so important to pay attention to your true inner voice, not the noise. Learn to listen to your gut more often than not.

We inherently reject ideas when our beliefs or data don’t support them. We love being right. Sometimes we use our inner voices to rewrite what happened to turn ourselves into the heroes of our own stories. This kind of self-dialogue can be misleading.

Ruminating is another voice that you want to stop listening to. The act of repeatedly chewing sad experiences or conversations is like getting stuck in the sand. We don’t rehash sad memories on purpose. But becoming more aware of when you fall into the trap of rumination will help you ignore this ineffective coping behavior.

Having voices in your head is anything but crazy. Stop listening to those that say “you can’t,” as it happened to the frog — It will keep your confidence in good shape.

How Other Voices Can Get in Your Head

“Don’t let the noise of others’ opinions drown out your own inner voice.” — Steve Jobs

External voices are a form of manipulation; consciously or not, they sway how you talk to yourself.

In his 1980’s bestseller, Influence: The Psychology of Persuasion. Robert Cialdini described the ‘six principles of persuasion.’ Though they were meant for one to understand how to influence others, they are also effective to realize how others can affect you.

You tend to follow someone’s advice if you think that a person is a credible expert (authority) or if they come from people that you appreciate or love — like friends or family (likeability).

Other people’s voices become a considerable influence when making decisions: it’s hard to go against what’s popular (consensus). If someone has listened to your advice, you feel that you should pay attention to their voice — you owe them (reciprocity).

Commitment is the notion that once people have agree to do something, usually in public, they are then more prone to do it. That’s why some people like to give you advice in front of others. They are setting you up.

Last but not least, when someone presents you with a once-in-lifetime opportunity, they apply the principle of scarcity. If you don’t follow their advice, you will regret it.

Most people are not trying to ‘manipulate’ you on purpose. But becoming more aware of the principles of influence will increase self-reflection. We are social beings; it’s natural to be shaped by what others tell you. Don’t let others voices become yours.

5 Ways to Pay Attention to Your Voice

“You will never follow your own inner voice until you clear up the doubts in your mind.” — Roy T. Bennett

1. Stop listening to the victim’s voice

The voice of self-pity is as common as damaging We must avoid playing the victim role. When things don’t go our way, we blame others. Rather than listening to our inner wisdom, we believe others are guilty of our suffering.

The voice of self-pity is weak; your true voice is stronger.

When you listen to the victim voice, you will become a victim as it happened to one of the frogs of the story. You will believe that getting out of the ditch is impossible. You will fall deeper rather than jump higher. That’s why you have to silence the victim’s voice.

2. Silence the voice of doubt

Suzy Kassem said: “Doubt kills more dreams than failure ever will.” When you fall victim of overthinking, you silence the voice of your passion. Being too harsh on yourself because something went wrong is useless.

Change the dialogue into one that promotes reflection rather than blaming yourself.

Shift your voice. Let go of labels and embrace questions. Ask yourself: Why did things happen that way? What have I learned? What can I do better next time?

3. Surround yourself with true voices

They say you are the average of the five people you spend the most time with. Some voices are trying to manipulate you; others are distractions.

Surround yourself with people that will respect your voice, but will also challenge you.

Other voices can make yours richer or poorer. Surround yourself with people that speak with an authentic voice, thus will respect your true words.

4. Listen to your instinct

Listening to too many voices can cloud your judgment when making decisions. That’s why some people have a hard time making the call. You need to reconnect with your instinct.

Pause. Take your time to remove the noise.

Your gut is your second brain. Don’t undervalue its role. An instinct feels like just a hunch; it lacks concrete evidence — The truth is you never know if you are right until after the fact.

Listen, not just to your internal dialogue, but also to body signals. Your voice uses more than mere words.

Listening to your inner voice is not enough. You have to trust it and make it yours— own your voice.

When there’s too much noise in your head, listen to your inner voice.

When your mind is calm, it’s easier to connect with your inner wisdom. That’s when the voice of your internal dialogue, your body signs, and your gut become clearer than ever.

Trusting your voice takes practice. Is there too much noise inside your head, pause. Go out for a walk. Take some mental and physical distance from what troubles you. Gradually, your true voice will start whispering.

When in doubt, trust your inner voice.

Remember, only those who don’t listen to other voices, make it out of the ditch.