Social influence is powerful, but free-will is even stronger. 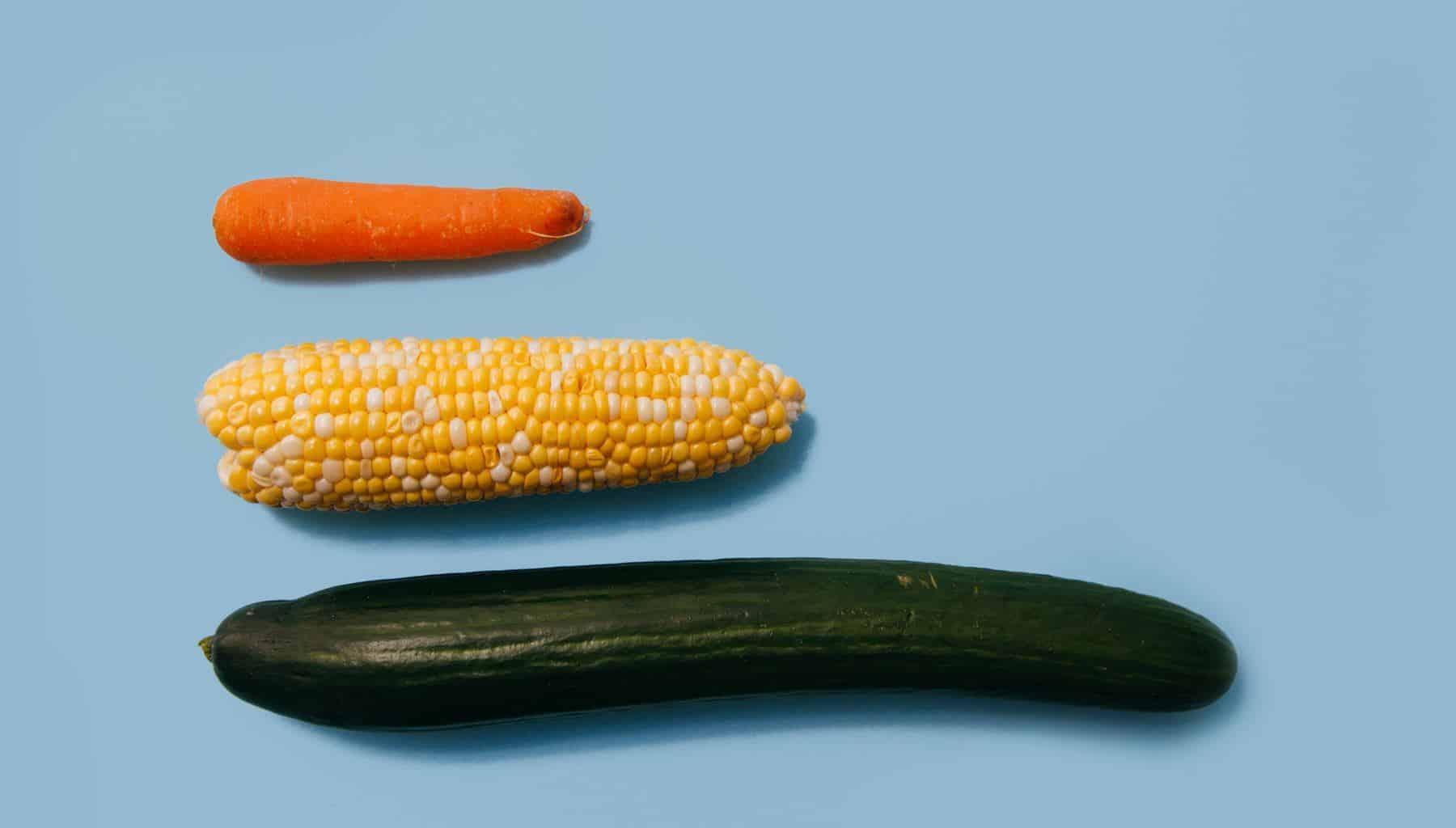 Social influence is powerful, but that won't make you average.

“You’re the average of the five people you spend the most time with.”

You’ve probably heard or seen this catchy phrase everywhere. Most people love it — who doesn’t want to be surrounded by people that will help us grow?

However, this can be a double-edged sword — advice meant to raise our bar can instead lower it.

Stop hanging out with failures, the underlying message tells us.

First, how do we determine who is a failure, and who’s not? Then, should we treat that person as an outcast? Or, even worse, what happens when you are the one that’s not up to other people’s standards?

Taking this phrase too literally can encourage an oversimplified, dangerous, and unempathetic approach to managing our relationships.

Oversimplified because success requires more than just spending time with the ‘right people’ — there’s not enough research to support the claim either.

Dangerous because it doesn’t address the power of free will — that you are influenceable doesn’t mean you can’t own your actions.

Unempathetic because it divides people into two groups — the one you want to join and the one wish to avoid.

The biggest issue is that these catchy phrases are part of a distraction movement. Gurus thrive by building a culture of followers — they shift our focus from finding our own answers to following theirs blindly.

Social Influence Is a Curious Beast

"You may fetter my leg, but Zeus himself cannot get the better of my free will.”― Epictetus

You are free to choose your actions — no one can determine how you behave unless you let them.

In his book The Neurophilosophy of Free Will, Henrik Walter decomposes the nature of free will into three elements:

Free will is the realization that you own your actions. However, your emotions, opinions, or behaviors can be affected by others — you are always under the attack of social influence, even if you don’t notice it.

Social influence is a curious beast — it can either comfort or harm you.

We want to conform to the norm of a group to gain acceptance.

Compliance is when we withhold our private thoughts due to social pressure — we conform to the group majority. Take Mastermind Groups, for example — they promise to surround you with great minds. However, most people become victims of groupthink — looking like they agree with the ‘masterminds’ in private makes them feel smarter.

Identification is another common manifestation of social influence, as per Harvard psychologist Herbert Kelman. When someone we like and respect influences us, their thoughts become ours.

That’s an issue when people fail to challenge ‘self-proclaimed gurus’ — rather than owning their actions; they fall prey to the social influence beast.

Would You Join Your Club?

“I don’t want to belong to any club that would accept me as one of its members.” — Groucho Marx

Do the people you spend the most time with determine who you are? Or is it who you are that defines who you hang out with?

Just because you hang out with five smart people doesn’t make you smart(er). Maybe you are already smart, and that’s why you can hang out with talented folks. Also, the magical approach of this phrase worries me the most — surrounding yourself with artists won’t turn you into one.

Tailwind is helpful only if you know how to sail.

2. Free will matters more than the context:

There’s plenty of research that shows that the habits of those around you can determine your behavior — the spread of obesity and smoking was attributed to social influence. However, not everyone became obese or started smoking which builds the case for free will. Conversely, some kids were able to escape violent and poor neighborhoods in spite of hanging out with so-called ‘bad influences’ — one positive role model was enough to inspire them to do better.

You don’t need five people — one person can change your life for the better.

You can both be influenced by and influence others. The phrase in question makes it all about you — the emphasis is on what you can gain. What are you bringing to the table? Leaders are selfless — they don’t just do what’s right for them. We are teachers and students simultaneous. How can you help others succeed too?

Life is a two-way street — you have to offer value in return.

4. Everyone needs a hand:

Dividing the world into ‘failures’ and ‘successful’ is a vicious cycle — the more we outcast those who need help, the worse they will perform. Many companies, such as Google, have discovered that one person’s performance can dramatically improve by merely assigning her/ him to a new team. Chemistry and Psychological Safety play a more significant influence than the smarts of those around you.

Leaders unleash people’s potential — they see the possibilities, not the limitations.

Don’t confuse having influence with influencing. Millionaires hang out with millionaires; politicians hang out with politicians. They network with those who can help them achieve what they want, not because it makes them better. There’s nothing wrong with ‘transactional’ relationships — but people have more to offer you than a lead or potential deal.

Five Ways to Learn from Every Relationship

“If you are the smartest person in the room, then you are in the wrong room.” — Confucius

There’s nothing wrong with surrounding yourself with smart people. The problem is believing that only successful or smart folks can improve your game.

Here are some ideas to help you learn from every relationship.

1. The power is in the relationship:

Your success doesn’t depend on the people you interact with, but on the strength of those relationships. Having a great company is not enough; you have to put the work to learn from others.

Research discovered that successful relationships require four types of social support: emotional, informational, appraisal, and instrumental. Start by identifying your most relevant relationships and assess their strength. Check out this exercise.

2. Everyone can teach you something:

Everyone around you is a teacher in disguise. You have to open your mind and listen first — arrogance makes us blind to life’s most important lessons.

Learn to separate the idea from the person — that you don’t appreciate someone does not mean that what he/she says can’t be right or valuable. Even your enemies can teach you something — they are our best mirror. Enemies keep us on our toes, make us see life differently, and test our convictions. Don’t dismiss lessons because they come from people that are not up to your standards.

Generosity accelerates learning. The more you give, the more others will grow. Mahatma Gandhi was a successful London-trained lawyer before becoming India’s Father of the Nation. He earned this honorific title, not because of his smarts, but because of his successful activism — Gandhi lead a peaceful resistance that won India its freedom from Great Britain.

You don’t need to become an activist or embrace a modest lifestyle to turn into a positive influence. Don’t turn your back on your family, friends, or colleagues when they are failing — that’s when they need your help the most.

No one can change the world on its own. Especially when we can’t see our flaws. An accountability partner doesn’t just help turn your blindspots into bright spots — it increases your chances to succeed, as I wrote here.

Who’s that person in your life that calls out your BS, keeps you on track, and is your sounding board? Who’s your partner in crime?

5. Surround yourself with diverse people:

The best way people help us is by challenging our perspective. Our beliefs blind us and, sometimes, they even imprison us — we see what we want to believe.

Don’t just surround yourself with smart people, but with those who see the world differently. The most successful teams are diverse — they promote cultural fitness, not just cultural fit. People must challenge you, not repeat your words.

You are who you are; not just your relationships — you own your actions. People are more than a source of influence — instead of looking to be influenced aim to learn from everyone.

Healthy relationships are not transactional but driven by a more significant purpose — what’s your mission, and how can others help you achieve it? Contribute to the conversation, don’t just let others do the talk.